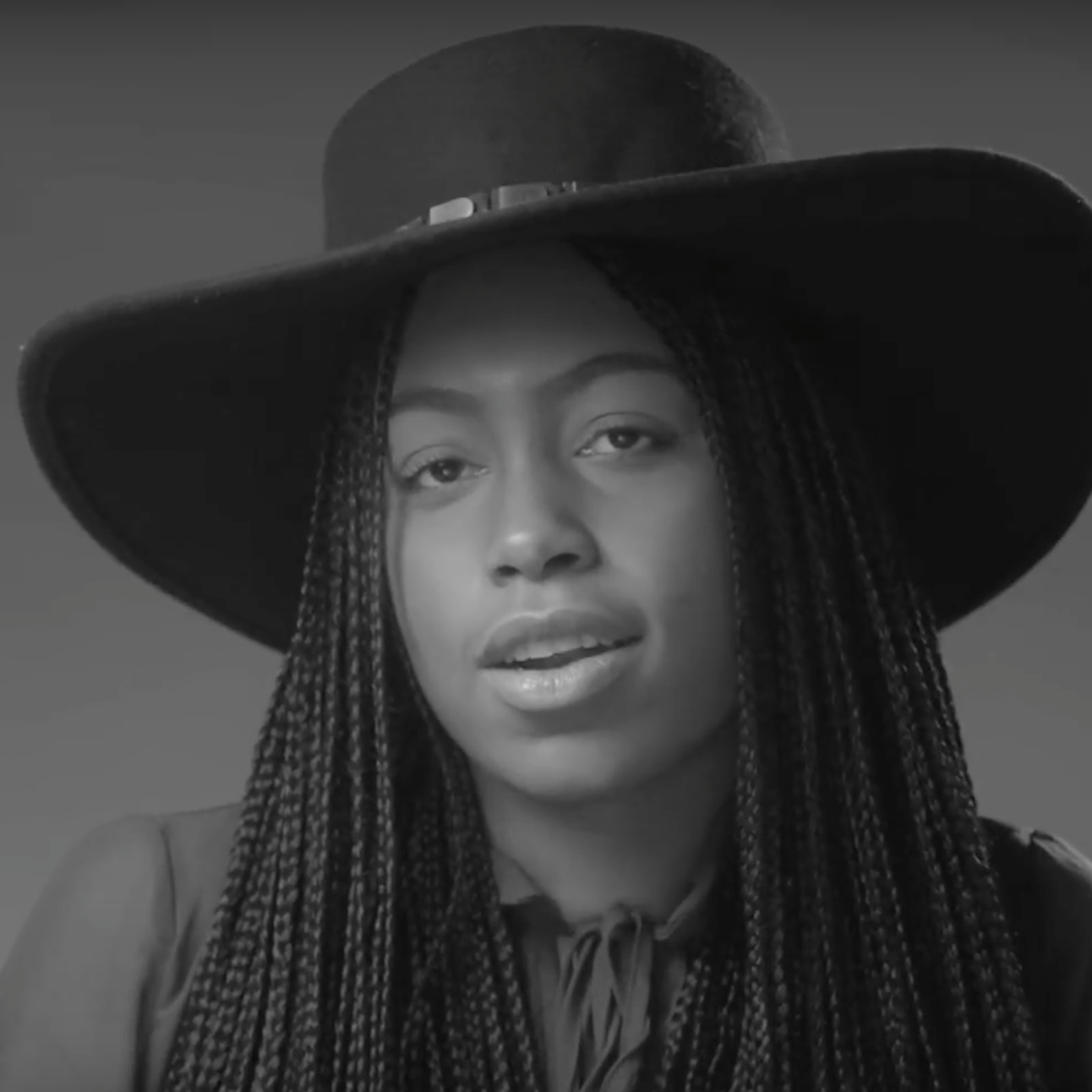 'That’s Why You’ll Never Be President’: Shamecca Harris on Being Black & Female in America

This story is part of the "Real Women, Real Stories," series called  a social project designed to promote awareness of the often unseen hardships women face in different professions and places around the world.You can contribute to the project here.

When I was 7 years old, I wanted to be president of the United States.

I'd repeat this desire to anyone who would listen, noting the slight widening of eyes and curling of lips into sympathetic smiles as I expressed my ambitions. In retrospect, I am not sure I liked the idea of being the leader of the free world so much as I liked the way adults would respond.

"That's right, baby!" a teacher or a neighbor might say, patting me on my ponytails in a way that was both comforting and menacing. "You can be anything you want to be."

Granted, their words of encouragement never seemed to match the tinge of doubt in their tones, a subtle shiver in their voices that said they didn't quite believe I could ever become president, but that they damn sure hoped I would.

My audience wasn't always so politically correct. One spring afternoon, I accompanied my mother and her boyfriend on a walk through the neighborhood. As I artfully skipped past the cracks and scars streaked across the familiar city blocks, he posed the crucial question: "What do you want to be when you grow up?"

"The president," I responded calmly and matter-of-factly, pausing my makeshift game of hopscotch to face him.

Read More: 'I Remember the Smells, the Sights, and the Taste of Slavery': Jessa Dillow Crisp Shares Her Story

I waited for that familiar smile, those kind words followed by that soft pat on the head.

Instead, he laughed. He laughed so hard that each cackle he roared seemed to spill out from his pudgy core.

"You will never be president," he said, regaining his composure. "You want to know why?"

I was too befuddled to speak. This was a bombshell, an admonition that everything I'd believed about myself until that point was a lie. I held my breath and waited for him to reveal my truth.

Up until that moment, I had never conceived of race, gender or class as potential barriers to my success. In fact, I was so young, I don't think I could fully grasp the concepts. I knew that I was black insofar as my skin was dark; I knew that I was a woman insofar as I had a vagina, and I knew I was poor insofar as money was always something we needed but never had.

However, above all these things I knew I was human, a mortal manifestation of some higher being destined for a purpose I hadn’t figured out yet. Like most children, I looked at the universe as infinite and abundant and I didn't believe the reality of my present would have any bearing on the outcome of my future. This conversation was a moment of reckoning for me. The realization that being black, being a woman, and being poor in America meant being overlooked, unprotected and unloved marked the end of my childhood innocence.

Unbeknownst to me at the time, I’d continue to be patronized because of the way I was “born” repeatedly over the next 20 years. It would happen again while I was attending a predominately white university and told I was "ungrateful" for speaking out against racism on campus considering my humble beginnings.

At an institution that not only earned most of its wealth from the slave trade but didn't accept women until the late ‘60s, poor black girls from Harlem were a rare commodity. Should one happen to sneak through the cracks of a broken system, she was expected to exchange her self-respect for a degree, an oversize piece of paper signed by men who would never truly realize her full potential.

It would happen again while I was interning at a luxury retailer and was asked to sit in on several meetings to discuss the proportions of my body and "appropriate" work attire for my black girl curves.

I had already been struggling with weight issues and having my body policed in an office full of modelesque white women didn't help. After weeks of discussion, it was ultimately decided that I was only allowed to wear jeans or pants to work, a rule reserved only for me, the lone black woman on the team. It was the middle of a heat wave in July and I'd come into work with endless eye rolls for my white counterparts who were allowed to wear some of the shortest dresses I'd ever seen and barely there shorts that barely revealed all of their assets.

To document every time I have experienced racism, sexism, classism, and all of their intersections would require a Bible-size text. As a black woman from a low-income background, assaults on my identity and my humanity have been commonplace in my life. I experience multiple forms of oppression very often at the same time, manifested in the key moments I have described but also in everyday interactions with consequential strangers.

Each time a white client refused to shake my hand during a business meeting or a man shouted some perverse epithet at me in the street hurt just as much as when someone I respected or loved refused to see my personhood. In all of these instances, my humanity was reduced to a concept.

For double and triple minorities, these cultural identifiers are very often all people see, and one experiences life either constantly rejecting or constantly reaffirming the social narrative that tells you that you are unworthy and somehow less than because of who you are.

For me, this existential battle began with telling my mother’s boyfriend that I wanted to be president of the United States. Nevertheless, as I reflect back on that moment today, what stands out most is not this man's chronic cynicism, but my mother's timely response.

With her brow furrowed and her body trembling with rage, she screamed, "Don't you ever tell my daughter what she the f--- she can and cannot be!"

In one simple phrase, she both condemned him for having the audacity to dull my light and encouraged me to shine as bright as I could.

My mother's words echo the wisdom of black feminist scholar Audre Lorde who once said, "If I didn't define myself for myself, I would be crunched into other people's fantasies for me and eaten alive.”

With that small but powerful gesture, my mother attempted to teach me what she had learned the hard way: that when racism, sexism, and classism intersect, they could be lethal to the soul of the Black woman. The intent of this deadly merger was to ruin me, to turn me into a shell of the person I was born to be.

In order to survive all of this, to counter the enormity of this intention, it was imperative that I deliberately define and redefine myself for myself today, tomorrow, and always. Through the practice of doing just that I have learned that I am not the sum total of the structural identities placed upon me. I am not merely a race, a gender, or a class. I am a person. I am infinite. I am powerful, and I have full autonomy over who and what it is I choose to be.

My name is Shamecca Harris and I am a black woman in America.