Muslims and Jews have come together to show that love trumps hate. 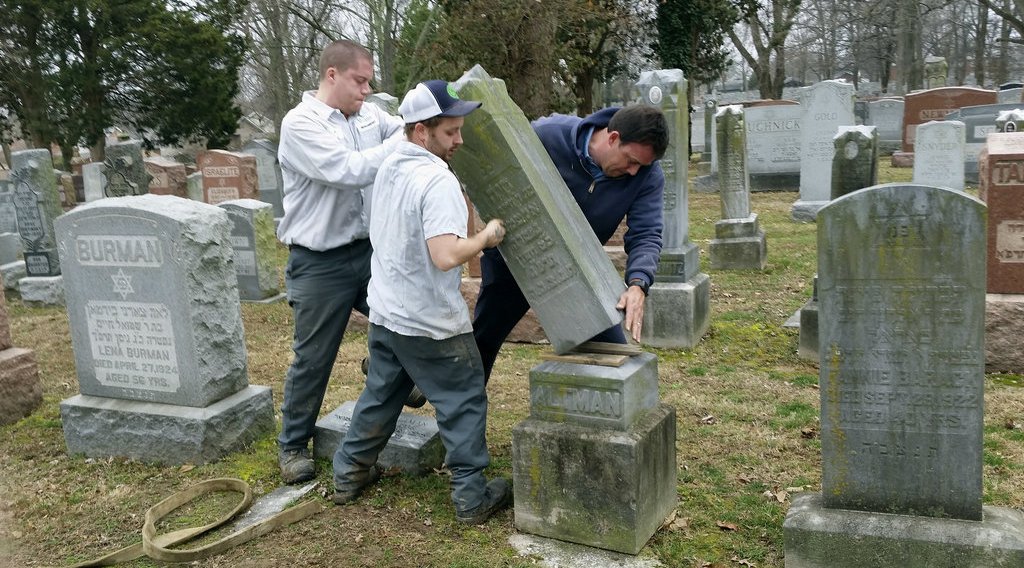 A group of Muslims in St. Louis, Missouri are showing the world what solidarity looks like.

After vandals desecrated more than 170 tombstones at the Chesed Shel Emeth Society cemetery near St. Louis, Muslim activists Linda Sarsour and Tarek El-Messidi organized a fundraiser with a goal of $20,000.

Within three hours, the crowdfunded initiative had eclipsed that goal, and as of 10 a.m. today, the campaign has raised over $65,000.

The fundraiser got a boost from JK Rowling, who tweeted, “This is such a beautiful thing,” with a link to the crowdfunding page.

This is such a beautiful thing.https://t.co/grBbo1hetz

The perpetrators of the acts of vandalism have not yet been apprehended, but the incident reveals a troubling pattern of religious discrimination on the rise in the United States since the election of US President Donald Trump.

Read more: As Tensions Flare Around the World, Terror Attack on Muslims in Quebec Leaves 6 Dead

The SPLC reported a nearly 200% increase in hate groups that target Muslims in the past year. The Jewish Community Center (JCC) Association of North America has reported that there have been 69 bomb threats at JCCs in the US and Canada in the past two months.

In the 10 days immediately following the election, more than 800 acts of targeted hate-crimes (against religious minorities, LGBTQ communities, and other populations) were reported, amounting to one every 17 minutes.

Hours after the Trump administration announced its travel ban, an Islamic center in Victoria, Texas, was burned to the ground in an act of early-morning arson. Another mosque, which was still being built, had been burned to the ground three weeks earlier, in Lake Travis, Texas.

But for each act of hatred, there has been an equal and opposite reaction of solidarity.

When the Victoria Islamic Center burned down, the Jewish community literally gave the key to their synagogue to Muslim religious leaders so the community could continue to worship. A fundraiser to rebuild the mosque has raised over $1,000,000.

After vandals kicked down Jewish gravestones on Tuesday, the Muslim community rallied around them en masse. And after actor Kal Penn was trolled on Instagram and told he didn’t “belong” in this country, in January, he started a kickstarter to benefit the International Rescue Committee that raised over $800,000.

Read more: Donations to Civil Rights Orgs, Subscriptions for Newspapers, Are Going Through the Roof

Contrary, one might assume, to their goal, these acts of hatred have proven more likely to provoke reactions of love and unity than divisiveness and in-fighting.

“While these senseless acts have filled us with sorrow,” the activists behind the cemetery crowdfunding page wrote, “we reflect on the message of unity, tolerance, and mutual protection.”

If the swift and generous reaction of the Muslim and Jewish communities is any indication, this message has been received.