These 4 indigenous artists are looking to clarify history with music 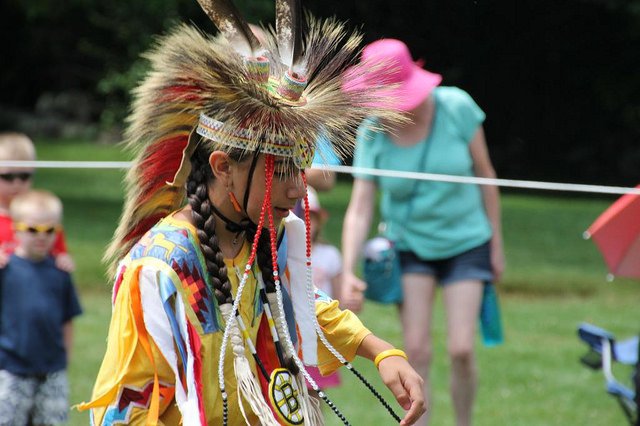 Throughout human history, music has been used as a form of expression for silenced and oppressed groups. This tendency has sparked many cultural revolutions, like the Harlem Renaissance in the 1920s and early 1930s in New York. Today, many indigenous people use music to spread awareness, as a form of resistance, and to preserve and celebrate their culture.

Here are a few cool contemporary groups with indigenous roots from all over the world.

A Tribe Called Red is comprised of First Nations tribe members in modern-day Canada. The group calls its music “pow-wow step” and remixes traditional pow-wow music with contemporary club and trap beats. While their music is not always political, the group has spoken out against the appropriation of headdresses and war paint, and the members have been active supporters of the Idle No More movement, a native movement in Canada as a reaction to legislative violations of indigenous rights.

Mujeres de Luna describes itself as 70+ mestiza women, daughters of the earth and heiresses of its care, who live on different paths of life with ancestral feminine energy, song, and healing. These women have connections to many indigenous communities, including the Shuar, Kichwa, Mapuches, Piaroas, Koguis, Mamos, Nahuas, Wixaritari, Rarámuris, Purépechas, Lakotas and Navajos. Because Mujeres de Luna is comprised of mestiza women, they attempt to reconnect themselves to their roots as natives of their land through their music, which is mainly new renderings of traditional songs from different groups.

The Aboriginal people of Australia have been heavily oppressed since the British colonized the island centuries ago. Between 1905 and 1969, mixed-race children of Aboriginal descent, referred to as “half-caste” children, were removed from their families by the Australian government. These children are now called the Stolen Generations. The Australian government issued a formal apology in 2008. The Stolen Generations have been commemorated in protest songs throughout the years. Briggs, an Aboriginal rapper, released a song in 2015 called “The Children Came Back” celebrating Aboriginal cultural revival. Briggs stated in 2014 that he hopes to inspire indigenous rappers, as "they think their voice doesn’t belong within a predominantly white genre."

Christian Parrish Takes The Gun raps under the stage name Supaman, stating that it “represents good, but implies doing damage to [his] enemies.” He is a member of the Apsaalooke, also known as the Crow Nation, historically located in the Yellowstone River Valley and today enrolled in the federally recognized Crow Tribe of Montana. Supaman is also a fancy dance champion. His moves can be seen at the end of the video for his hit “Prayer Loop Song.” His music mixes contemporary elements such as rap and looping with traditional cultural elements.

These artists emphasize the need for a future with more liberty and recognition of indigenous rights. Most importantly, contemporary indigenous music expresses pride in a culture that has been diminished by colonization, and sends an accessible message to others. One of music’s greatest powers lies in its ability to give oppressed groups a voice, and these four artists are excellent examples of that.