Mother's Day traditions around the world

Mother’s Day in my family usually entails a trip to Napa Valley, a delicious picnic in a vineyard, and showering Mom with presents, flowers and cards telling her how much we love her.  For the past 27 years (1 for every year she’s has been a mama) my Dad writes her a beautiful Mother’s Day poem. It’s seriously the cutest thing in the world.

Families all over the US come together every second Sunday of May to celebrate the women who gave us life and to make sure that our mothers feel extra loved on their special day. Although, I’m sure we can all agree this is something we should do year round.

As Mother’s Day in the US is approaching this Sunday, May 10th, I thought it would be fun to take a virtual trip around the world and see how other countries celebrate this day. This is what I found: 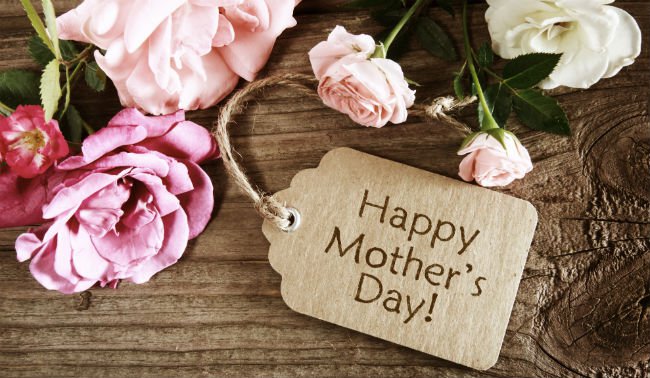 In the UK, Mother’s Day is celebrated on the fourth Sunday of Lent, which fell on March 15th this year. So, happy belated Mother’s Day to all the British mamas out there! In the UK, Mother’s Day is called Mothering Sunday. The tradition stems from medieval times when poor families would send their children off to work and they would be granted a day to visit home during the Lent season so they could visit their families. Children would pick flowers and give their mothers special cakes called Mothering Cakes. Today, Mothering Sunday is celebrated in similar fashion to how we celebrate Mother’s Day in the US- flowers, cards, gifts & family time.

In Austria, Germany and Switzerland, Mother’s Day, aka Muttertag, is observed on the second Sunday in May (same as the US and several other countries around the world). During the First World War, Switzerland became one the first European countries to introduce Mother's Day, with their first celebration in 1917. Germany's first Muttertag took place in 1922, and Austria's first celebration was in 1926. For all three countries, Mother’s Day is a celebration of love and gratitude.

Mother’s Day in Japan also takes place on the second Sunday in May. For Japanese mothers, the day is symbolized with beautiful carnations, which represent a gentle strength that  mothers possess. Children greet their mothers saying “Haha-no-hi” and gift them with flowers. The history of Mother's Day in Japan goes back to the Showa period when Mother's Day served as a commemoration of the birthday of Empress Kojun (the mother of Emperor Akihito). The tradition of celebrating Mother's Day in modern Japanese culture started in the year 1913. I learned that during the Second World War, celebrating Mother’s Day came to a halt and that after the war the holiday was revived again.

The American tradition of Mother’s Day has roots dating back to the Civil War. In 1868, Ann Jarvis established a committee to create a  "Mother's Friendship Day" in hopes of reuniting families that had been divided during the Civil War. She dreamed of expanding the day into an annual memorial for mothers, but passed away in 1905. Her daughter, Anna Jarvis, continued on with her mother’s legacy. After tirelessly campaigning, on May 8th, 1914 President Woodrow Wilson signed a Joint Resolution officially designating the second Sunday in May as Mother's Day.

Mother’s Day in Peru, much like other countries in the world, is celebrated with flowers and gifts and takes place on the second Sunday in May. A particularly unique aspect of Peruvian Mother’s Day celebrations is that thousands of people gather at cemeteries on Mother’s Day to celebrate all of the mothers who have passed away.

Mother’s Day in France is called Fete des Meres. It takes place in late May or early June, depending on when Pentecost takes place. Fete des Meres became an official celebration in 1950, although Napoleon was the first to declare it a holiday. Much like other countries of the world, the French celebrate their mothers with a relaxing day of food and gifts and spending time with family.

Mother's Day in Ethiopia is celebrated with a three-day festival called Antrosht, which takes place at the end of Fall. Not only is it a celebration to honor mothers, but also a time to celebrate the end of the rainy season. It is a time for singing and dancing and an amazing three-day feast where a traditional hash meal is prepared, with all members of the family bringing the various ingredients.

What are your Mother's Day traditions global citizens? I would love to hear how you all celebrate. Hope everyone has a beautiful weekend with family and make sure to tell your mamas you love them!