PM Turnbull called it "an extraordinary moment of love, of generosity and leadership." 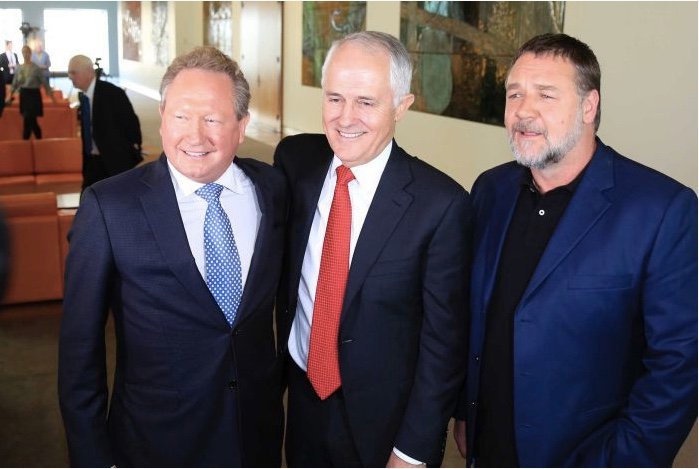 Mining magnate Andrew "Twiggy" Forrest and his wife Nicola have announced they will be making a $400 million philanthropic donation. It is the biggest philanthropic gift given by a living donor at a single time in Australian history.

Prime Minister Malcolm Turnbull has called the announcement “an extraordinary moment of love, of generosity and leadership.”

"It is a game-changer in the Australian philanthropic community. And it will change the lives of thousands of people here in and around the world," said Turnbull.

Grand gestures are nothing new for Forrest. As the ABC reports, “In the past he has pledged to close the gap between Indigenous and non-Indigenous life expectancy within a generation. To end modern slavery within his lifetime.”

In fact just this year Forrest was nominated for Australian of the Year, recognised for his work in highlighting the disparity in Australia for Indigenous people through his Minderoo Foundation and for his work towards ending modern slavery through his Walk Free Foundation.

As reported by The ABC, “...the founder of mining company Fortescue Metals, is estimated by Forbes to have a net worth of more than $5.5 billion.”

Following in the footsteps of philanthropists such as Bill and Melinda Gates, the $400 million record-breaking donation will go towards charity social and scientific causes. The gift will be divided between several projects including, cancer research, higher education, childhood education, Indigenous disadvantage, and the elimination of modern slavery.

To his critics who say that he offers simplistic solutions to complex problems, and has in the past over promised and under delivered, Forrest says, "It's better to aim for the stars and fall short than not to try at all."

In the closing of his speech Forrest says this of charity, “Give what you can, and if it isn’t money, time is just as valuable.”

Turnbull reiterated this point by saying “all of us should seek to do as much as we can with what we have.”