Why Global Citizens Should Care
Climate change is making large parts of the planet uninhabitable for humans, and this pattern is expected to get worse in the coming decades. You can join us in taking action on this issue here.

In Miami’s Little Haiti, the markers of gentrification are popping up — a skyrocketing number of “for sale” signs, glass condos under construction, and a fancy, new cafe on a street corner.

In this case, however, gentrification and its accompanying grievances are being driven by the effects and fears of climate change, according to a report published in Environmental Research Letters.

The researchers looked at the value of more than 100,000 single-family homes in Miami over the past 45 years and found clear shifts that seem to be induced by climate change. 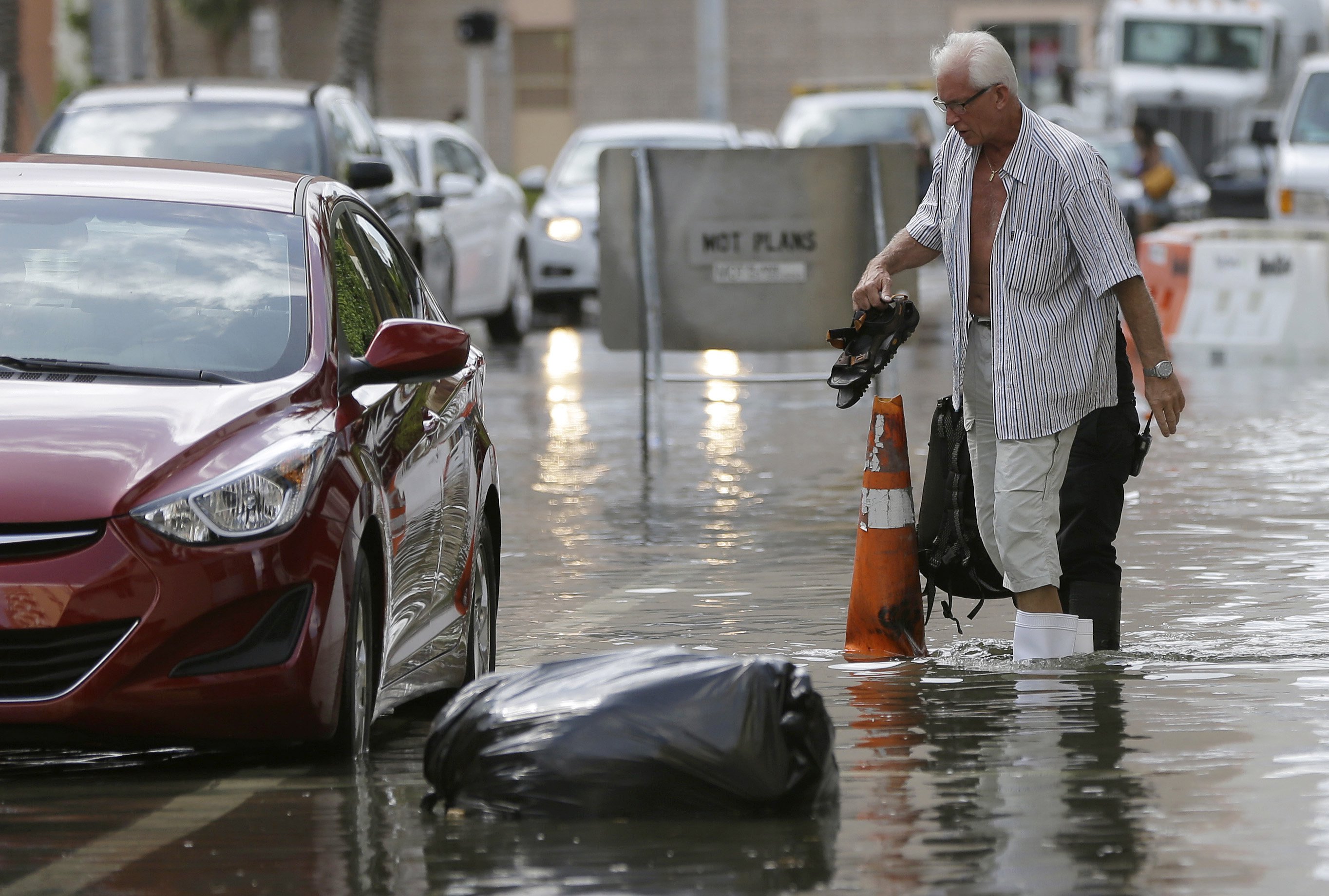 Read More: How Climate Change Has Managed to Transcend Politics in Miami

NBC describes how one street that recently featured a number of Haitian-owned businesses is now a strip of empty storefronts after the retailers were priced out.

Throughout the US, gentrification has mixed consequences. It can bring greater opportunity and affluence to a neighborhood, but it can also destroy the cultural integrity of a community and displace low-income residents and people of color from their homes.

"All the community sees is just new people, newcomers coming into the community, buying up properties, raising their property values and property taxes, pricing them out," Fabiola Fleuranvil, a community activist and real estate investor, told NBC.

This new form of gentrification has further implications. Climate change is shrinking Miami by rendering large swaths of the city uninhabitable. As wealthy residents move inward and higher up, available spaces for people who are displaced become harder to come by, effectively pushing them out of the city altogether, which could rupture their lives by separating them from their jobs, families, and social networks.

Read More: How New Orleans Is Preparing Itself for a Future of Natural Disasters

Other cities and towns throughout the US are contending with climate gentrification as well. In Louisiana, for example, a football field’s worth of wetland is lost to rising sea levels every 100 minutes and the state is expected to lose 2,000 square miles of land to this process by 2050.

There’s a flipside to climate gentrification as well. When poor neighborhoods are located in places vulnerable to climate change, communities hollow out, the value of homes fall, and people can become stranded, unable to sell their properties and leave. That’s what happened after Hurricane Sandy struck New York and New Jersey in 2011.

Similar dynamics are playing out all around the world as climate change drives people from their homes through rising sea levels, more extreme storms, and rising temperatures.

A post shared by Caribbean Marketplace (@caribbeanmarketplace) on May 26, 2018 at 4:15pm PDT

Read More: The US Is Finally Talking About Climate Change Displacement

By 2100, more than 2 million people could become climate change refugees and the brunt of those affected will be living in poverty.

Miami has already invested heavily in climate change resiliency measures — installing water pumps and elevating sidewalks, for instance — but to truly safeguard the city in the years to come, it will also have to make sure low-income residents are not pushed from their homes.