Mexico Is Offering Legal Aid to Immigrants Detained in the US

There are an estimated 6 million undocumented Mexican immigrants in the US. 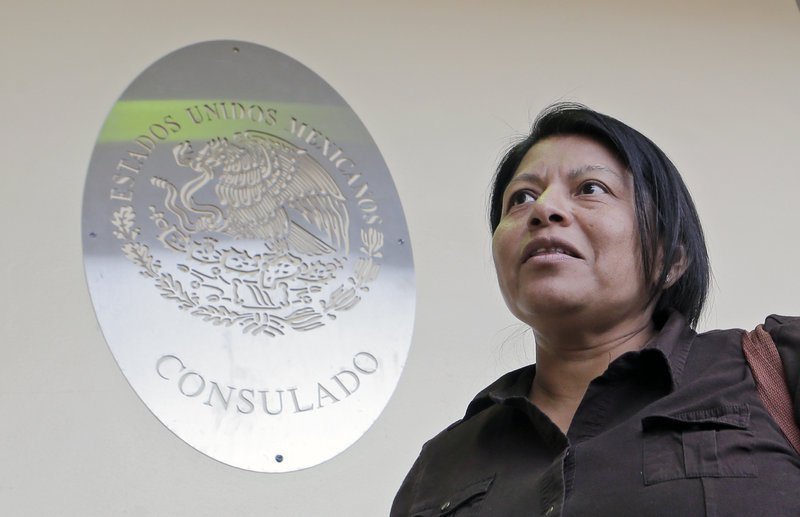 As stories of undocumented immigrants being detained by Immigrations and Customs Enforcement (ICE) mount, Mexican consulates across the country are stepping up with legal protection services.

This initiative comes after a spate Mexican citizens and undocumented immigrants from other countries have been detained and sent home.

Take Action: Tweet at Secretary Kelly to Work with President Trump to Stand in Support of Immigrants

In Arizona, a single father of three who was in the United States on a work visa was detained by ICE on his son’s birthday and deported to Mexico the next day, AZ Central reports.

In Los Angeles, a man who had been in the United States for 25 years was detained while dropping his daughter off at school.

Daniela Vargas, an Argentinian national who had been staying in the US as a “dreamer” (or a member of President Obama’s Deferred Action for Childhood Arrivals program that granted temporary visa status to the children of undocumented immigrants) was arrested after giving a speech on deportation.

According to AP, Vargas was detained directly after her speech when ICE agents surrounded her car. “You know who we are, you know who we're here for,” they reportedly told Vargas.

As the immigration debate heats up in the US, the lives of more than 11 million undocumented immigrants hang in the balance. More than half of them, or roughly 6 million, are Mexican citizens, according to a Pew Research Center poll.

The Mexican government’s legal aid to undocumented immigrants will draw help from multiple sources, including Mexican lawyers and nonprofit groups, and will cost the country around $50 million. The legal aid includes providing lawyers for immigrants who have been detained; increasing consular services for those seeking birth certificates, Mexican passports, and other documents; and putting together community events to inform undocumented citizens of what to do if they are deported and have US-born children.

“Mexican consulates are forming partnerships with law schools, immigration clinics and nonprofit groups that litigate on behalf of immigrants,” ABC news reports. “The centers are staffed with Mexican lawyers who can refer cases to organizations or clinics. They are also reaching out to private law firms interested in taking on pro-bono work.”

Read more: Here Are 23 Restaurants That Shut Their Doors For the ‘Day Without Immigrants’

The Mexican government, along with offering pro bono legal representation to detained Mexican citizens, also created a “Somos Mexicanos” (“We Are Mexicans”) initiative to help Mexican citizens move back to Mexico if they desire.

Between 2009 and 2014, the number of undocumented Mexican immigrants living in the US has actually decreased, Pew reports, after 17 years of steady growth between 1990 and 2007.

This reverse migration may deepen as Mexican citizens, frightened by the increased raids and deportations of non-criminals, head back to their home country, currently fraught with a falling peso and a deteriorating relationship with the United States.