When it comes to the Global Goals, how do different parts of the world stack up?

We’ve heard a lot over the past months about the new Global Goals from the United Nations—the aspiration to improve the lives of millions of people around the world by 2030. However, if we’re going to meet or exceed these Goals we’ll need to get much better at measuring the world’s progress on this journey, to identify how and where we’re succeeding and where we’re failing against the UN’s metrics. This is no small feat!

Especially, given that the world is suffering from a data apartheid—an absence of truly global comparative data on social progress. It’s useful to reflect on what’s needed if we’re going to get better at measuring and delivering social progress to ensure we meet the UN’s Global Goals.

But that’s not how we currently measure global social progress.

Rich countries typically compare themselves through measures created by the Organization for Economic Co-operation and Development while poor countries have historically measured themselves against the Millennium Development Goals (MDGs). Middle income countries like China, Russia, Brazil and Indonesia find themselves in no-man's land: developed enough so that the MDG targets had become less and less relevant but not rich enough to join the OECD.

This has created a complex matrix in which global comparison is either made difficult or impossible. While the OECD, for example, produces rigorous comparative data on educational outcomes in member countries, poorer countries have to rely on measures of school enrollment, and enrollment data say very little about the quality of education in developing countries. The Global Goals have recognized this challenge and called explicitly for comparable measures of educational quality in all countries.

On issues like mental health, which carries a huge morbidity burden, there are no reliable statistics to compare the performance of all countries because it has never been a priority for development agencies. The Global Goals now force us to re-think both outdated international ‘comparison’ metrics and the absence of measurable data. Because what the world doesn’t measure, or what we measure badly, we cannot address. It was for this reason that the Social Progress Index was first developed. 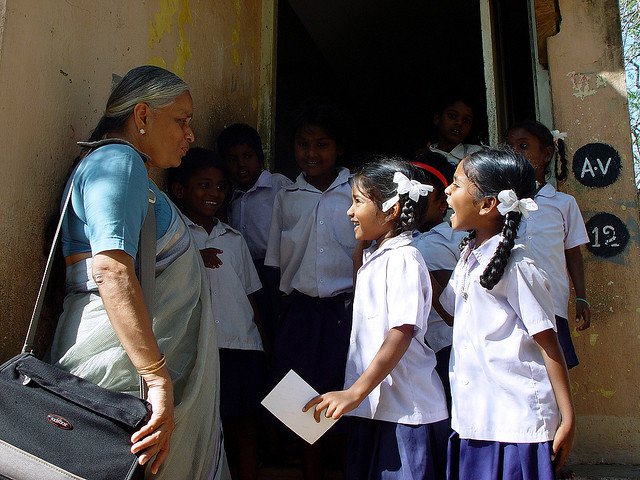 What is the Social Progress Index?

It’s an annual measure of national progress, assessing how countries are doing in three different ways:

1. How safe citizens are

2. How healthy they are

3. How free they are

It provides an aggregate picture of how each country and the world as a whole are doing on these key issues that matter in all of our day-to-day lives. This year our Index mapped the social progress of 133 countries around the world, using 52 separate internationally comparable indicators to rank each country. But why were we unable to measure every single one of the world’s 196 countries? Because of an absence of meaningful, comparable data. We’re determined, however, to do everything we can to measure social progress across more countries every year, because if the UN is going to meet its Goals, the world needs a credible, independent audit for governments and stakeholders to assess progress.

So if the first challenge in addressing the data apartheid is to collect the right data, the next step is to ensure it is used to inform the policy change needed to drive progress—there’s no point in having good, rich data if it’s not used to inform policy. Part of this process has to be about global citizens—armed with the right information—holding their governments to account.

We have distilled the UN’s 169 targets down into a simple measure on a scale from F to A, where F is humanity at its worst. The world needs an ‘A’ grade to meet the Global Goals in 2030. The first People’s Report Card shows that today we’re languishing at C-. In future years, the data summarized in each People’s Report Card will be adapted to reflect the indicators the UN will use to measure each of its 17 targets (we expect to hear more on this from the UN sometime in early 2016).

So it is encouraging that in the weeks since the UN’s announcement in New York, the green shoots are already appearing. The World Bank recently pledged to work with developing countries and international partners to ensure that the 78 poorest nations collect better data to address what it describes as ‘huge gaps in the collection of poverty data.’ As it acknowledges, ‘poverty-fighting efforts have long been constrained by a lack of data in many countries.’

Each year between now and 2030 we will publish a People’s Report Card for both the world and for every country—a simple and direct benchmark of how humanity is progressing on our journey towards the Global Goals over the next fifteen years. But tools like the People’s Report Card can only be truly transformative if the data underpinning them measures what is important to all people across all countries. We’re not there yet. If we want the world to meet the UN’s Goals over the next 15 years, we need to end this global data apartheid.

Help spread the word about the People's Report Card to end the 'data apartheid' by going to TAKE ACTION NOW.

This article was written in support of Social Progress Imperative.