Meet Some of Our Favourite Fundraisers For Sport Relief 2016

Get excited for Sport Relief 2016 with these original (and often hilarious) fundraising ideas. 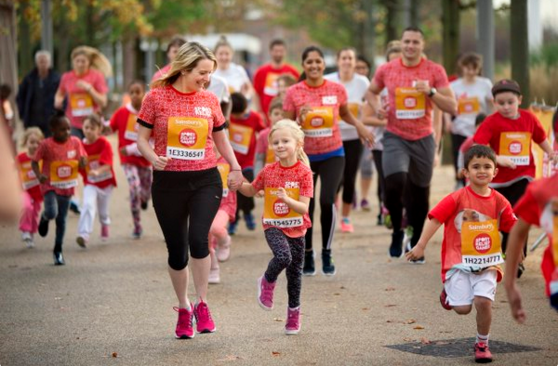 In life, there are some people who can ace cross-country run without breaking a sweat and others who drag themselves the whole way through, only to fall in a puddle just before the finish line.  Wherever you rise (or fall) within this spectrum, Sport Relief is for anyone who wants to raise some (British) pounds - and maybe shift some too -  to improve lives for people around the world.

Sport Relief raises millions and millions of pounds year on year by inspiring Britain to get active. It helps fund projects providing educational opportunities, mental health support, life-saving vaccines and much more to the places it is most needed. And it’s all down to ordinary people doing extraordinary things to make a difference.

Here are some of our favourite fundraisers who prove that no matter how sporty you are, a little imagination and determination can go a long way. 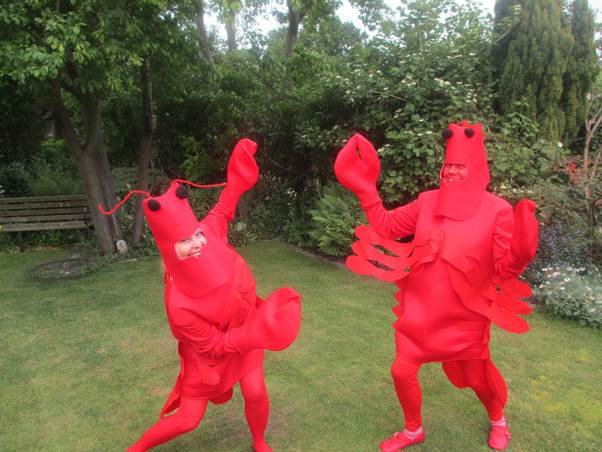 Elizabeth has been supporting Comic Relief for more two decades. She raised £2,000 GBP with her friends Nina and Darren for Sport Relief 2014 by running three miles dressed as daleks from the BBC’s Doctor Who series. This year they’ve roped in another friend, Martin, and the four of them will embrace the life aquatic by completing a triathlon while dressed as lobsters.

“That’s what I love about Sport Relief. When else could you dress up in a giant lobster suit and jog without being arrested?” said Elizabeth.

Elizabeth and friends have raised thousands for Sport Relief over the years with their sponsored runs, bake sales and treasure hunts. “Sport Relief has accomplished so many positive things both in the UK and in Africa," she said. "When you see what’s been achieved with the money you’ve raised, long-term solutions that have a permanent, positive impact on so many lives, how can you not get involved?”

Martha, 9, suffers from Williams Syndrome, a rare genetic condition which means she is missing DNA from the seventh chromosome. It can cause medical problems including cardiovascular disease, developmental delays and learning disabilities, but also prompts cheerfulness as well as highly emotional responses to situations. Despite struggling to walk, Martha raised over £1,300 when she walked the Sport Relief mile this year.

It was after watching a clip of her favourite band Little Mix visiting children with malaria in Liberia for Sport Relief 2014 that she began crying uncontrollably. ‘Martha was sobbing her heart out, saying: “All these children are dying and I don’t know what to do,”’ her mom Deborah, 41, said. ‘I told her: “We can’t make it alright for everybody, but maybe you could do something to help” and her face just lit up.’

Before completing her sponsored walk, Martha told Sport Relief: “I’m excited and nervous at the same time… I’m going to be dancing to Little Mix songs to get fit.” 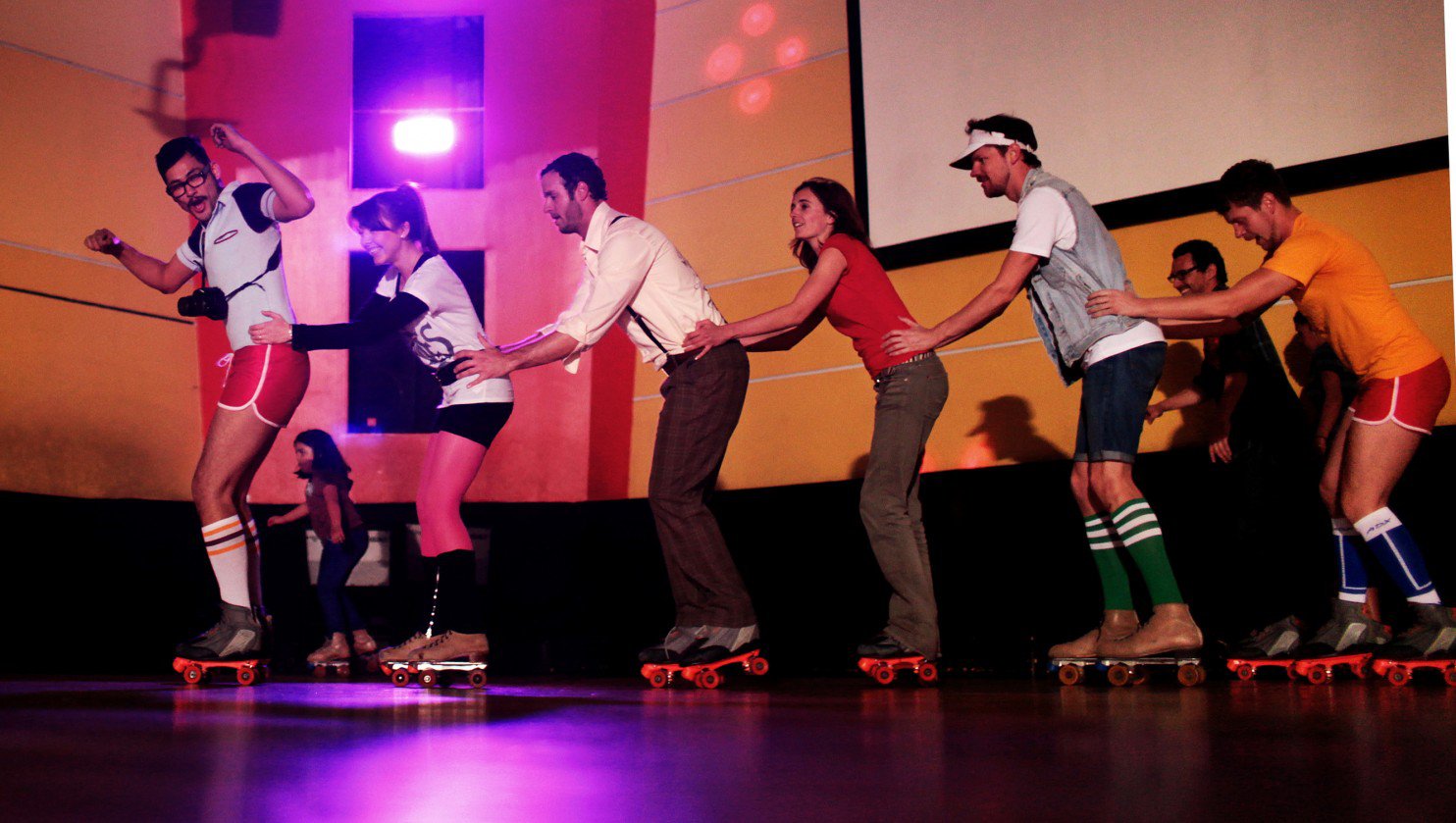 Razza Roller Disco, Essex, is hoping to break a world record with its fundraiser for Sport Relief  - the longest roller skating conga line in the world.

The current record is 197 people and the roller-skating team plans to smash that record at Warrender Park in London on March 19th. "We’re hoping to be joined by skaters of all ages, anyone who wants to put skates on and get in line is very welcome," organiser Gary Newley said. "They won’t have to be experienced, they just need to hang onto the person in front of them and help us break that record."

Gary, a former British roller dance champion, lost his grandmother to Alzheimer’s disease and his uncle is currently suffering from the condition as well. Knowing the money he raises will help projects in the UK is giving Gary extra drive. "Sport Relief’s work abroad is so important, but having seen my nan suffer I have to say it’s the work that Sport Relief does here, right on my doorstep, that I can really connect with."

4) How many times can you squat in a day?

Laureen is getting her whole community up on their feet for a day-long Squatathon to raise funds for Sport Relief 2016.

The exercise referral instructor from Aberystwyth, Wales,  is encouraging people of all ages and abilities to join her at her local leisure centre.  'Squats are the perfect exercise because you don’t need any special clothing or equipment and you can do them anywhere,' Laureen, said. 'I tell my members to do them while they’re waiting for the kettle to boil!'

At work, Laureen helps people become more active to combat a range of health problems from hip and knee replacements to diabetes and obesity. "We’ve got people who’ve retired or lost a  partner and the scheme gives them a sense of purpose," she said.

Laureen expects hundreds of people to join her fundraiser, including members of other sports clubs and even local MPs.  Sport Relief’s inclusivity resonates with Laureen’s anti-ageist approach to activity. "I always say that you don’t need to be sporty to be active," she explained. "Sport Relief is great because anyone can play a part, no matter what their age.  I really believe that you don’t have to stop having fun when you’re old but you do get old when you stop having fun and this event will certainly be plenty of fun."

Sport Relief is back in the UK this weekend from March 18th-20th, getting the nation on its feet and raising money to improve lives at home and abroad. There’s still time to get involved. Tune in to BBC One at 7pm, Friday 18th March for an incredible night of TV, and find out how you can sign up to the Sainsbury’s Sport Relief Games and help raise life-changing cash at sportrelief.com

This story was contributed by Comic Relief. The views expressed here are not necessarily those of each of the partners of Global Citizen.