The legacy of Nelson Mandela lives on in champions of peace.

Second, continue his struggle for “human rights, development and peace in our communities and our world,” as Ban-Ki Moon said the other day in remarks spoken by his Chef de Cabinet, Susana Malcorra.

The occasion was the first ever ceremony for the UN Nelson Rolihlahla Mandela Prize. The prize honors 1 woman and 1 man “who have dedicated their lives to the service to humanity, particularly in the promotion of reconciliation, social cohesion and community development.”

The first 2 winners would have made Nelson proud for their efforts to further justice, equality and dignity in places of strife.

Dr. Ndume, an ophthalmologist, has dedicated her life to alleviating the plight of the blind and visually disabled.

Around 180 million people around the world are blind or visually disabled. An estimated 7 million more people go blind each year. Of these blindnesses, 8 percent are preventable or curable.

In her home country of Namibia, Dr. Ndume has ensured that 30,000 people received eye surgery free of charge.

She has worked with various international organizations to help bring the healing power of surgery to others in her country and the developing world.

In 2011, she told CNN that through surgery, "You're changing the life of so many people, you make it easier for them and it is also productive for the country -- you help people who are taking care of their grandchildren, contributing to the economy of the country, this is very, very good.” 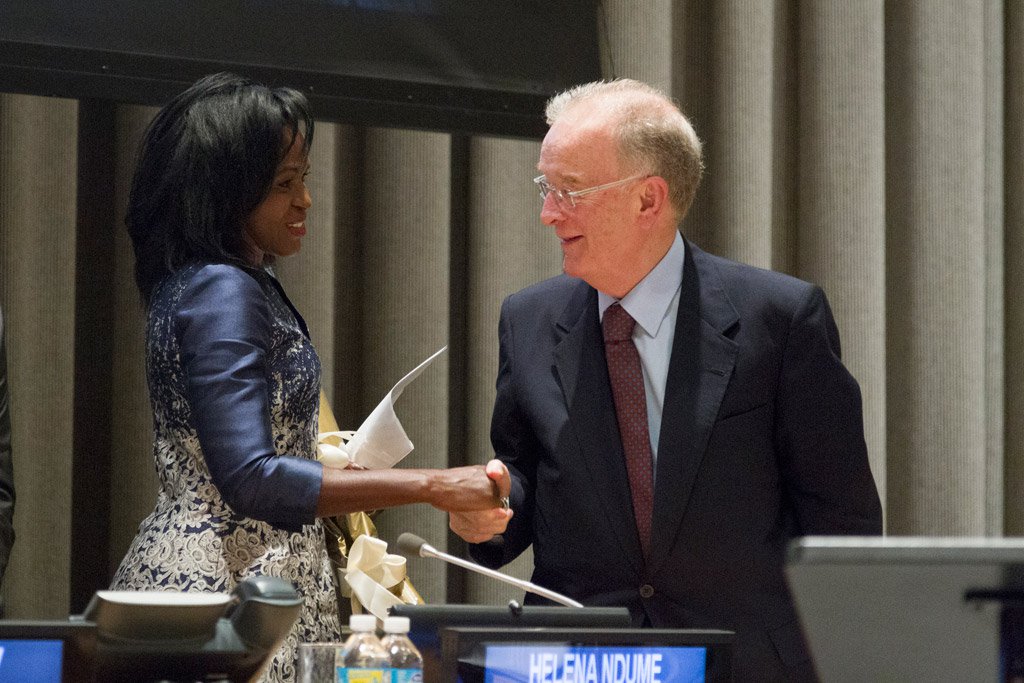 Throughout his life, Mr. Sampaio has fought for democracy in Portugal and for human rights across the world.

He has served multiple posts in Portugal’s government, including two terms as President from 1996-2006.

Portugal struggled through much of the 20th century to achieve a functioning democracy, having been riven by wars and autocracies.

In addition to bringing stability to his home country, Mr. Sampaio played a major role in amplifying Portugal’s voice on the global political stage. From 2007 to 2012, he held the position of UN-High Representative for the Alliance of Civilizations, a role that seeks to foster intercultural and interreligious dialogue.

Last December at a conference in Brussels, Mr. Sampaio had this to say, “Education not only saves lives in emergencies, but it also sustains life by giving a sense of hope for the future.”

On July 18th, the world celebrated Nelson Mandela Day by reflecting on his life’s work and inspiring words.

The fight for human rights calls for the same level of determination and optimism that sustained Mandela throughout a 27 year prison sentence.

Fortunately, world leaders like Dr. Ndume and Mr. Sampaio are animated by the spirit of justice that propelled Mandela during his struggle to dismantle apartheid.

As commitments central to the fight against extreme poverty get renewed this September through the Global Goals, global citizens have to call on world leaders to empower the Mandelas of the world in their brave quests for peace.

TAKE ACTION NOW by calling on leaders to increase their commitments to the Global Goals.