The comic book giant is focusing on diversity in its characters — and its writers and illustrators. 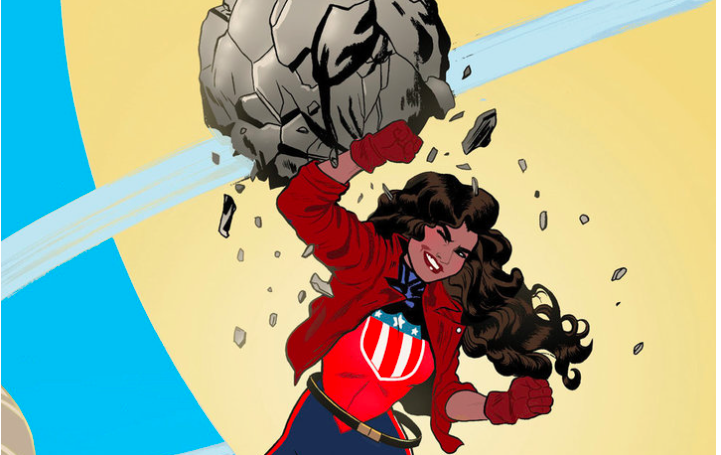 The past several years have been a parade of inclusivity and diversity for Marvel Comics — they’ve featured an all-female Avengers cast, a female Wolverine character, female Muslim leads, scores of gay characters, the Luke Cage TV series centering on a black character, and a black woman has tried on the Iron Man costume.

And while that might seem like progress, there’s still work to be done. Nearly 80% of Marvel creators were white men in 2015, according to one analysis.

Read More: Over 1,000 Women at UN Sign Petition to Give Wonder Woman the Boot

Now Marvel is beginning to address this disparity too, by bringing much-needed authenticity to the cultural powerhouse through writers and illustrators who are female, of color, or both.

The story of a lesbian Latina character named America Chavez is being written by Gabby Rivera, a young adult novelist who is also Latina and gay. 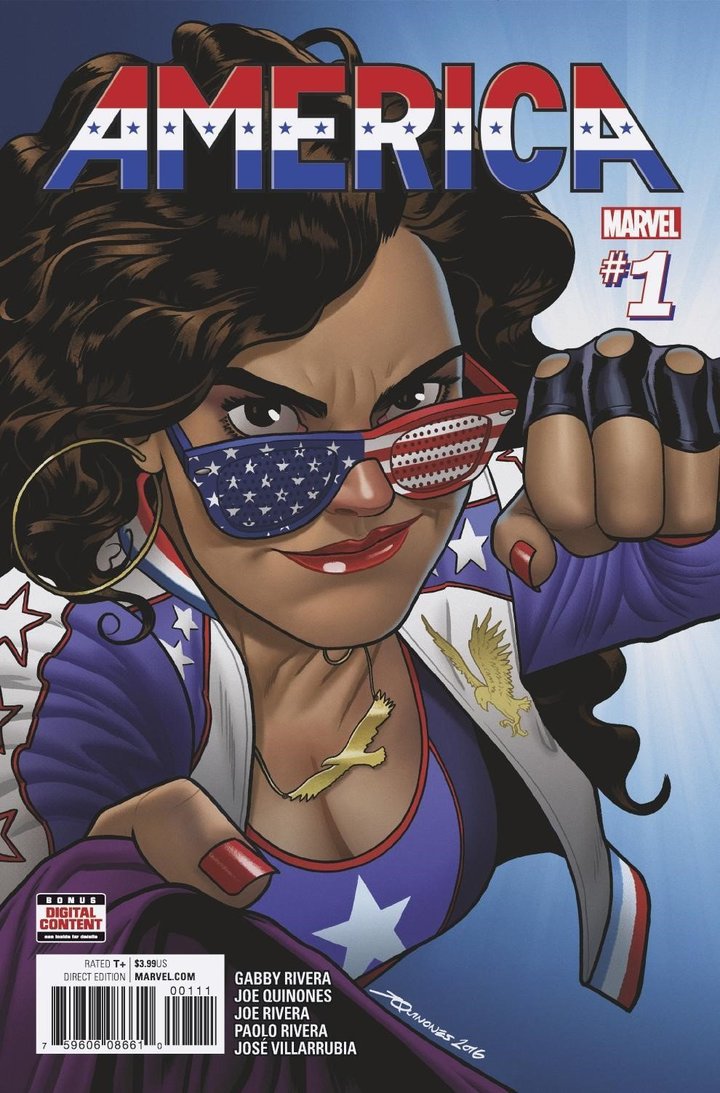 America Chavez is a member of The Ultimates, a group of the most powerful Marvel heroes, where she fights threats to the Earth.

She’s known as a “no nonsense super heroine, yet one with a genuine desire to help others and do good.”

Another Latin heroine is starring in a series called La Borinqueña, which was written by Edgardo Miranda-Rodriguez, who grew up as an avid comic book fan who rarely, if ever, came across characters that reflected his life.

“When you grow up, not seeing yourself, it slowly eats away at you,” Miranda-Rodriguez told The New York Times.

As The Times went on to document, these advances are part of a much bigger trend:

“David F. Walker, who is black, is writing a new Luke Cage series for Marvel that begins in May; that same month introduces a superhero universe from Lion Forge, with a diverse team of creators and characters, including Noble, the flagship hero who is black; and this summer will see the return of Kim & Kim, from Black Mask Studios, about two bounty hunters, one a trans woman, the other bisexual, written by Magdalene Visaggio, who is transgender. They join the growing list of comic book series with diverse characters at the forefront.”

For people of color, the historical lack of representation in comics has painfully reinforced a feeling of cultural invisibility.

“There was a discomfort about some of my own internalized issues,” wrote Bao Phi of Nerds of Color in a Star Tribune column describing this lack of diversity. “I always chose to ignore the weird feeling I got when I realized that, in my dreams, I was always, literally, a white knight. When I dreamt I was a superhero, I was a white dude with superpowers and the Mary Jane to my Peter Parker was always white. Even though I had a nagging feeling about it, I thought I was justified in my dreams because, hey, none of King Arthur’s knights were Asian and therefore my dreams wouldn’t be real if I dreamt otherwise.”

Read More: In IMDb's New Movie Rating System, Getting an 'F' Is a Great Thing

According to people pushing for more diversity in pop culture, it’s not that white men are incapable of writing characters of different backgrounds, or that they should be barred from trying. But they shouldn’t be the sole or the primary creators of diverse characters. Women can write female characters more authentically and people of color can write characters of color more authentically. Everyone has a worldview and sensibility informed by their actual lived experiences and they’re best at communicating and understanding life through that perspective.

So bringing in more female writers and writers of color adds an authenticity that can’t otherwise be captured. And this makes for better and fuller work — the audience knows this as soon as they engage with a series.

“Do I think that it’s easier for a Chinese-American writer to do something like this?” said the Gene Luen Yang to The New York Times about the Chinese Man of Steel, Kenan Kong. “Absolutely. It goes back to the homework question. Because I’m a Chinese-American, I got a head start on my homework because I lived it.”

Most of the biggest characters in the Marvel Comics Universe — Hulk, Iron Man, Captain America — were written decades ago when ideals of fair and diverse representation were far from the mainstream.

Now that these ideals are more widely held, the comic book titan is beginning to catch up.

"I think we are at a point in comic book history where there is unprecedented openness to diversity," Ms. Marvel writer G. Willow Wilson told the A.V. Club. "And we have the fans to thank for that. We've talked a lot about top-down inclusivity from the publishing side, but really, this conversation is being driven by fans."