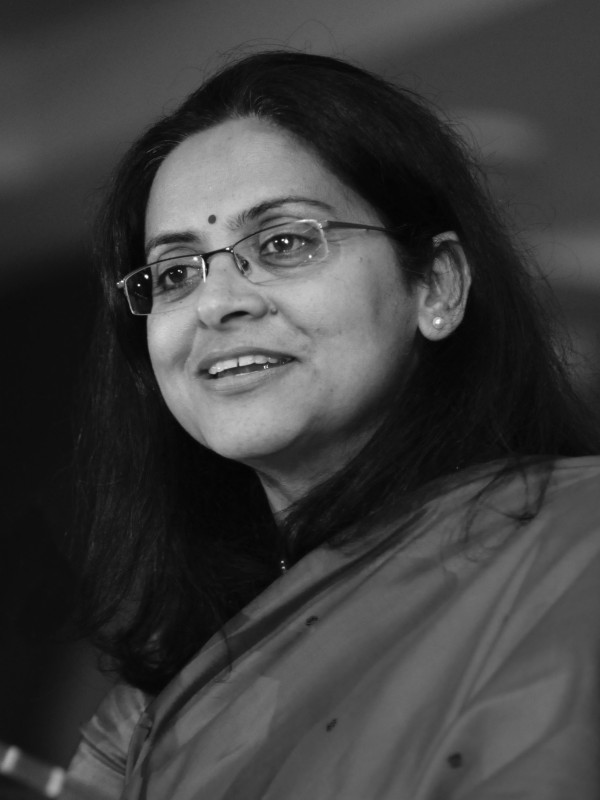 Meera's Story: How to Raise Low Learning Levels in India

Exploring the need to build early foundations for a successful education.

Meera grew up in a small village in Rajasthan, a state in the northwestern part of India. For several years, Meera, like most children her age, had progressed alongside her friends from one grade to the next. Her parents and teachers were unaware that there was a serious problem looming over her education. Rajasthan had no formal examinations for children in primary school and while her parents had a sense that Meera might not have been learning at the pace that was expected, there was no mechanism to formally identify and address the issue.

Without evidence to the contrary, they didn’t question her path through primary school. Days, months, and years went by until Meera reached grade five.

Partway through the school year, Meera’s school was selected to be part of Pratham’s Read India program, an innovative new program designed to build foundational skills like reading and arithmetic. Mohanlal, the instructor who was assigned to begin the learning improvement intervention in Meera’s school, began with a quick assessment. He sat with each child from grades three to five for a few minutes to assess if the child could read. He asked the child to read letters, words, sentences, and, if possible, a simple short story in Hindi.

What he discovered was that Meera, who had been in school for five years, couldn’t even read a sentence. Sadly, this story is all too familiar. It is now acknowledged that millions of children around the globe are in a similar situation.

The fact that Meera couldn’t read was a surprise and a shock to her parents and teachers. Everyone assumed that since Meera was going to school, she must be learning — especially the basics. If Meera couldn’t even read a full sentence, then she couldn't be expected to grasp any of the content in her textbooks; the texts were far too advanced for her reading level.

In fact, if there had been an exam to assess Meera’s suitability to progress from year to year, particularly from primary to middle school, she would have "failed." Had it not been for the Pratham assessment, Meera would have continued unsupported until year eight, which is the end-stage of compulsory education in India. With this massive learning deficit and with no support to improve, Meera would have completed elementary school but would have had little ability to read. Most likely, she would not have transitioned to high school, or would have dropped out once it became apparent she was nowhere close to being able to cope with what was expected of her academically.

It is well known that in countries like India the learning curve for millions of children is not improving. If children don’t acquire foundational skills early in primary school, it is unlikely that they can pick them up later. India’s education system, like many others, suffers from the “negative consequences of overambitious curriculum” and, according to Poor Economics, teachers typically teach to the top of the class, leaving many students behind with no way to catch up. This teaching approach leaves more and more children behind every year, unable to cope with what is expected in school, and unprepared and unqualified to do what is expected of them in life.

Providing education and lifelong learning opportunities for all is so imperative that it is at the heart of the UN’s fourth Sustainable Development goal (SDG). To further ensure that we are collecting this vital data, one of the indicators that underpins SDG 4, SDG 4.1.1(a) can help better assess children and ensure that the system they rely on doesn’t let them down. Indicator 4.1.1(a) measures the proportion of children and young people at different stages of school to see if they are reaching a minimum proficiency in mathematics and English skills. If properly applied, the indicator would allow governments, schools, teachers, and parents to understand why children like Meera are struggling to read and do basic mathematics, even after several long years of schooling.

Related Stories Oct. 4, 2018 Denmark Committed to Support Girls' Education at the 2018 Global Citizen Festival Oct. 3, 2018 We Asked Why You Care About Education — and Your Responses Were Beautiful

While global data is important, it must be connected with real life. If we measure indicator 4.1.1 (a) properly, we can take real steps to ensure that children are learning and aren’t being left behind — steps like Mohanlal was able to take with Meera. By using a basic one-page tool, Mohanlal was able to work with each child to assess where he or she was getting stuck. A basic pen and paper assessment would not have helped Mohanlal to respond to students’ needs as many students, like Meera, couldn’t even read what was written in the test.

Furthermore, all it would have proved was that most children couldn’t read or write. The tool used allowed him to understand each child as well as the composition and reading distribution of the entire group of children who needed help. That data was then used to group the children based on their level of reading and not their grade or age.

Using activities and materials appropriate for each group, Mohanlal was able to help Meera and her friends rapidly “catch up.” By following this strategy, within 30 to 40 days, working a few hours a day, more than 70% children were reading simple stories fluently, which is a relatively quick correction to years of poor learning outcomes. The tool and the process was also helpful for children’s parents, many of whom had not been to school themselves but had very high aspirations for what schooling would do for their children.

Children that are out of school are visible; hence focusing attention on them has been relatively easy. The problem of low learning levels for those enrolled is far less visible. Assessments early in primary grades can help to uncover the problem and make it easier for everyone to see. Solutions will follow. SDG 4 is about ensuring a quality education for all so getting children in school is only part of the solution. Equally important is to ensure once in school, they are learning.

Collecting, identifying, and working towards systematic changes in schooling systems are the best way of ensuring that no child is left behind. For instance, ASER (Pratham’s Annual Status of Education Report) has contributed significantly to the Government of India’s current initiatives of improving learning outcomes from early grades and providing remedial action in later grades in primary school. Just last month, the UNESCO Institute for Statistics brought together representatives of cross-national and regional assessments, including the PAL Network, a consortium of citizen-led assessments including ASER. They agreed upon global standards for minimum proficiency in reading and mathematics, so that we can finally begin to see the global picture on how many children like Meera are struggling to read and do basic math, even after spending years in school.

Luckily, Meera’s story took a different turn. Thanks to the efforts of Mohanlal at a critical juncture, Meera is now in the 10th grade and is working hard to reach her goal of becoming a teacher. Having experienced how a little help along the way impacted her own learning journey and unlocked her potential, she is hoping to do the same for children in her community. Without Mohanlal, Meera might never have progressed in her schooling or perhaps, in life. But with early and timely assessment and an appropriate intervention, the possibilities are endless.

Trained as an economist in India, Dr. Rukmini Banerji completed her BA at St. Stephen’s College and attended the Delhi School of Economics. She was a Rhodes Scholar at Oxford University and earned her PhD at the University of Chicago.

Dr. Banerji worked as a program officer at the Spencer Foundation in Chicago for several years before returning to India in 1996 to join Pratham as part of the leadership team. There, she led the organization’s research and assessment efforts, which has included the internationally acknowledged Annual Status of Education Report (ASER) since 2005, and served as director of the ASER Centre in New Delhi for ten years.

In 2008, Dr. Banerji was the inaugural recipient of the Maulana Abul Kalam Shiksha Puraskar Award conferred by the Government of Bihar, India. Over the years, she has represented Pratham and the ASER Centre in various national and international forums and is a member of committees both in India and abroad.

She writes frequently on education in India and enjoys creating books and stories for children. Originally from Bihar, she now lives in New Delhi.