5 Reasons To Be Hopeful About the AIDS Crisis

The fight is not over, but recent progress has been monumental. 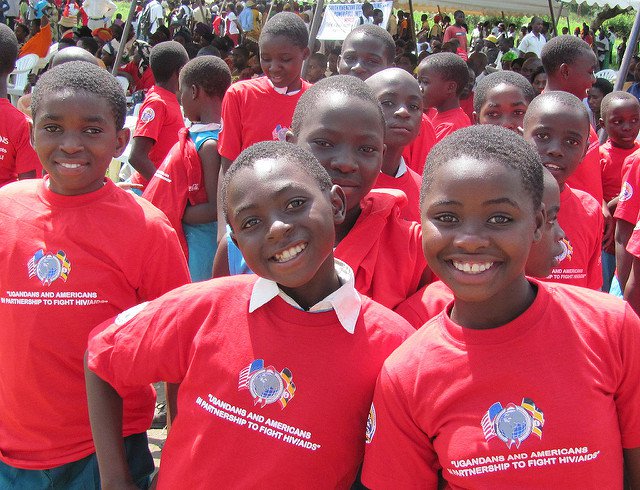 It has been a good few months in the world’s fight against HIV and AIDS.

Medical breakthroughs and improvements in treatment rates have made headlines recently, showing significant progress in the world’s long fight against the epidemic that has claimed the lives of 35 million people since it began.

Though there is still no proven vaccine, there are reasons to be hopeful about the fight against HIV/AIDS. Here are five recent examples of how the world is coming closer to ending HIV/AIDS.

Swaziland Cuts HIV In Half

Swaziland has cut the rate of HIV infection in half, according to an announcement this week from the country — no small feat for the country with the with the world’s highest prevalence for HIV.

In 2011, Swaziland was in the middle on an HIV epidemic. At the time, 32% of its adult population were living with HIV, and the disease was spreading at an astounding rate of 2.5% per year.

But with help from organizations dedicated to ending HIV/AIDS, Swaziland has better access to life-saving medication. In 2016, an 73.1% of the HIV positive population have successfully suppressed the virus.

With more genetic diversity than the flu, HIV has proven to be a challenge when in it comes to developing a vaccine. But new research presented at the Paris International AIDS Society Conference on Monday shows the “mosaic vaccine” may be a game changer in the fight to end HIV/AIDS.

The vaccine combines different pieces of multiple viruses in order to combat the genetic diversity of HIV and is one of two vaccines currently undergoing clinical trials in humans.

Researchers have said preliminary results from the human trials make them hopeful they will be as successful as trials in monkeys, which showed the vaccine protected 66% of the monkeys from HIV.

Although there are medications that slow the progression of HIV in an infected person, they do not work for everyone, and some people have even developed a resistance to the drugs. This resistance has contributed to recent deaths from AIDS related illnesses in Sub-Saharan Africa.

But a new generic version of an HIV drug has become a beacon of hope for patients who thought they had no viable treatment options.

The medication, known commonly as DTG, has been found to significantly drop levels of HIV in the blood, especially among patients who had no results with, or developed a resistance to, traditional HIV treatments. DTG is also cheaper to manufacture than traditional HIV medication, meaning it will be more affordable for individuals and HIV relief organizations.

First approved in the US in 2013, DTG is being now used to treat 20,000 patients in Kenya and will be available in Uganda and Nigeria later this year.

A nine-year old girl from South Africa was born with HIV, but now she is disease-free.

She received treatment for 40 weeks after her birth, at which point treatment ended and her health was monitored, according to the National Institutes of Health. Doctors were amazed when, more than eight years later, she showed no sign of HIV in her blood.

The girl was part of a larger clinical trial testing the theory that if HIV positive newborns are started on treatment, their bodies will suppress the disease without the need for lifelong treatment.

Half The World’s HIV Patients Being Treated

This is a major milestone in the fight against the spread of HIV/AIDS.

By 2020, UNAIDS aspires to have 90% of HIV positive patients receiving medication. And with 19.5 million HIV positive now people being treated, that goal is closer to being achieved.

For the first time in history, more than half of all HIV patients have access to lifesaving medication. Having such a large portion of people medicated has contributed to global AIDS-related deaths being cut in half since 2005.

Although ending HIV/AIDS will require more hard work, better funding, and stronger medication, the progress made so far has been monumental.