By Olivia Kestin  and  Chris Gelardi

Indonesian workers shout slogans during a May Day rally in Jakarta, Indonesia, May 1, 2018.
Achmad Ibrahim/AP
NewsCitizenship

Photos of May Day Protests From Around the World

Global Citizens are fighting for economic justice on this International Workers' Day.

By Olivia Kestin  and  Chris Gelardi

Amidst rising tensions among world leaders, working people in cities across the world are taking to the streets today to celebrate a holiday of solidarity: May Day.

Now associated with global protests and demonstrations, May Day originated in the United States in 1886 when more than 300,000 workers across the country walked out on their bosses on the first day of May. Chicago, Illinois was the epicenter of the action, where tens of thousands of political anarchists, socialists, and other union activists went on strike to demand a more just economic system and an eight-hour work day. A few days into demonstrations, violence broke out in Chicago’s Haymarket Square, leaving several police officers and protesters dead. In response, the police jailed and hanged several rally organizers.

Four years later, the Second International — an international organization of socialists and labor parties — officially declared May 1 International Workers’ Day to commemorate the Haymarket affair. Across the United States and Europe, workers took up the cause of economic justice by organizing marches and strikes.

Over the past 13 decades, working class organizers throughout the world have continued to observe the day by rallying for workers’ rights and economic justice. In dozens of countries, it’s even a national labor holiday. Here are a few photos from International Workers’ Day rallies being held around the world today.

Read More: 8 Protests That Are Changing the World Right Now

New York: Activists rally against financial institutions' support of private prisons and immigrant detention centers, as part of a May Day protest near Wall Street in New York City. Across the world, people are protesting and marching on the traditional day of workers rights. 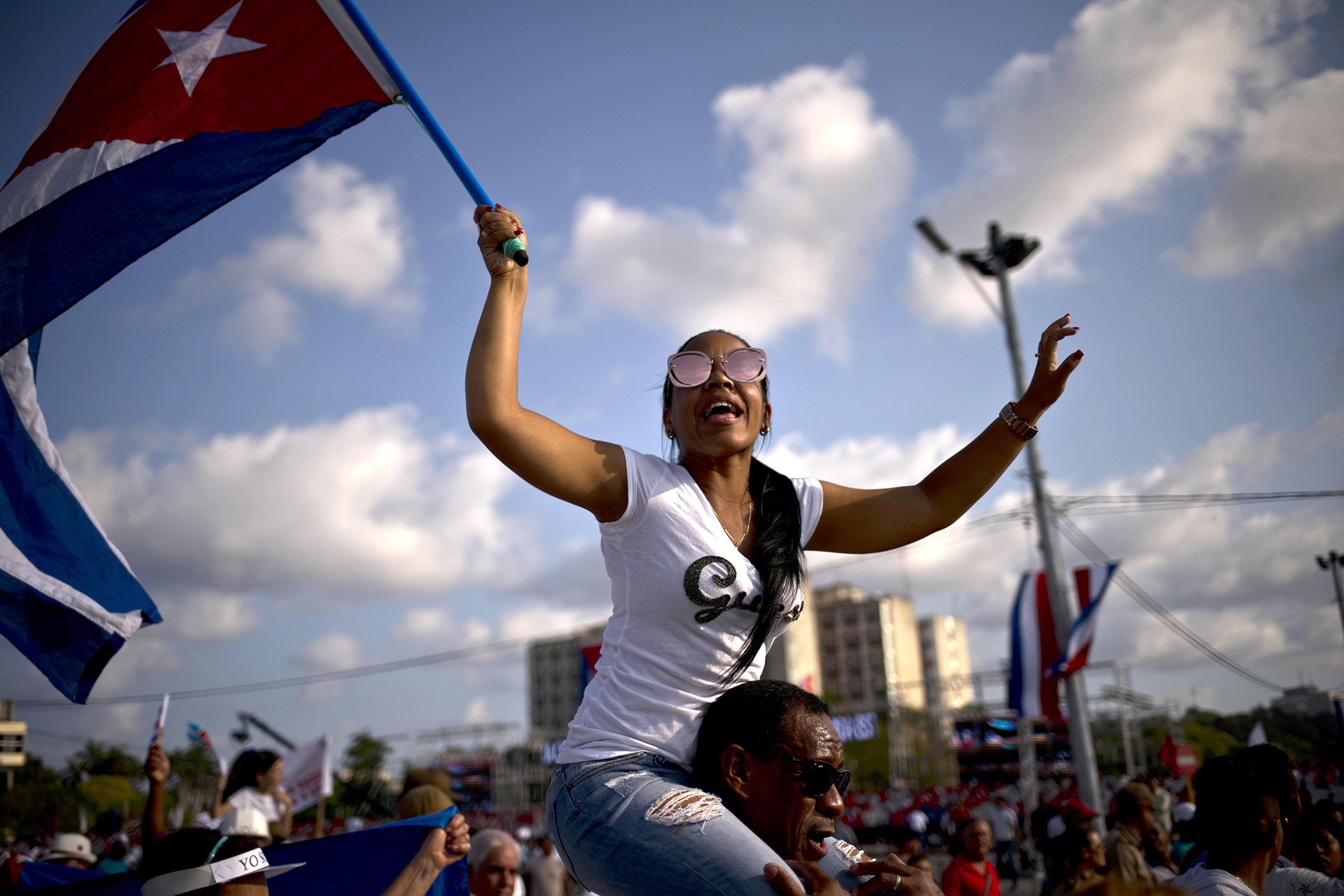 A woman waving a national flag march is carried on a man's shoulder during the traditional May Day parade at Revolution Square in Havana, Cuba, May 1, 2018.
Image: Ramon Espinosa/AP

Havana: A woman waving a national flag march is carried on a man's shoulder during the traditional May Day parade at Revolution Square in Havana, Cuba.

Paris: Protestors dressed in black and with the face covered hold smoke bombs and gesture as they take part in a march for the annual May Day workers' rally, in Paris, France. 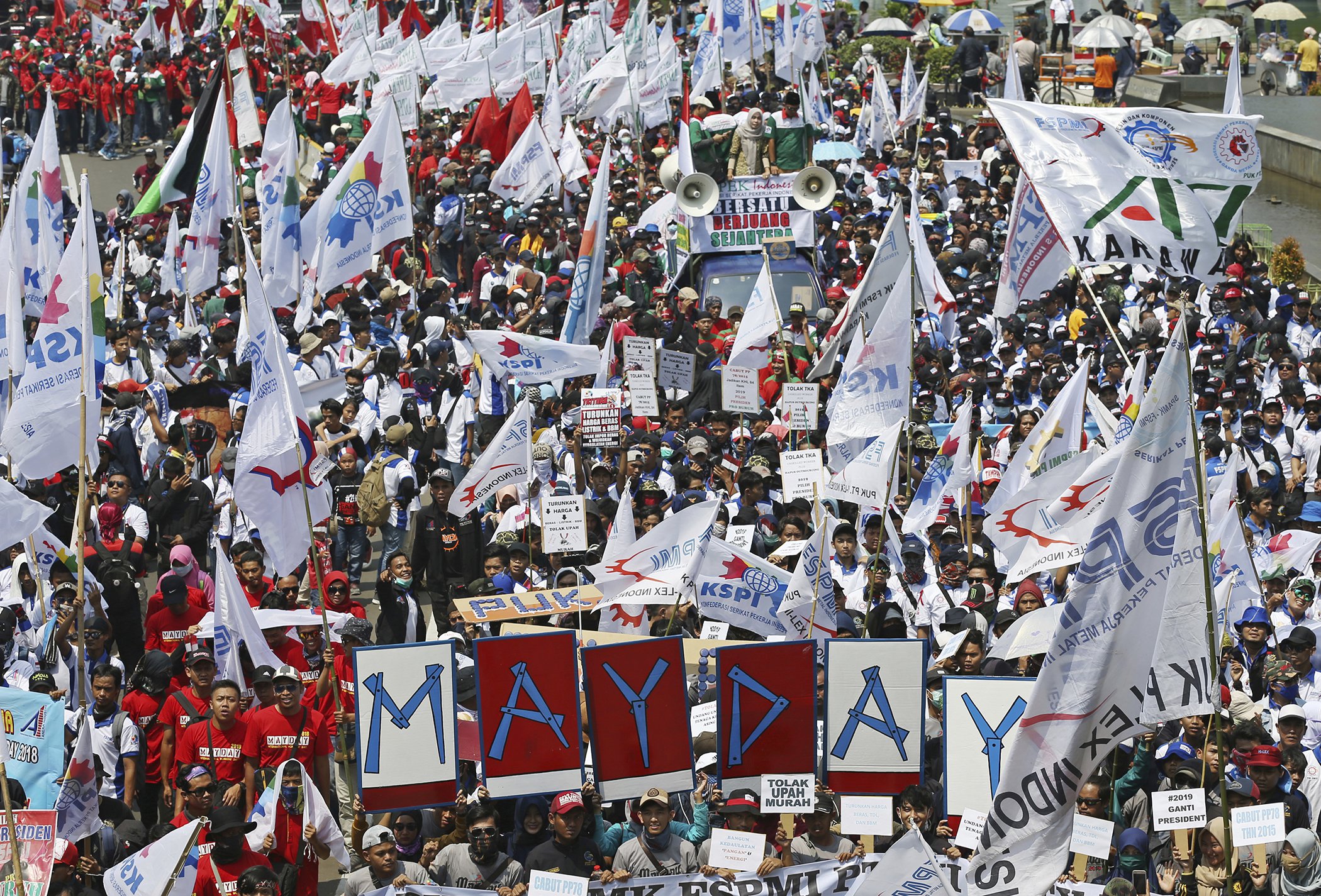 Manila: Workers and activists display a hammer and sickle sign as they sing the Internationale on mark Labor Day in Manila, Philippines. Thousands of Filipinos gather every May 1 across the Philippines to join Labor Day rallies and call for better working conditions.

Athens: Members of the Greek Communist Labour Union (PAME) march in front of the US embassy during the May Day celebrations in Athens, Greece. 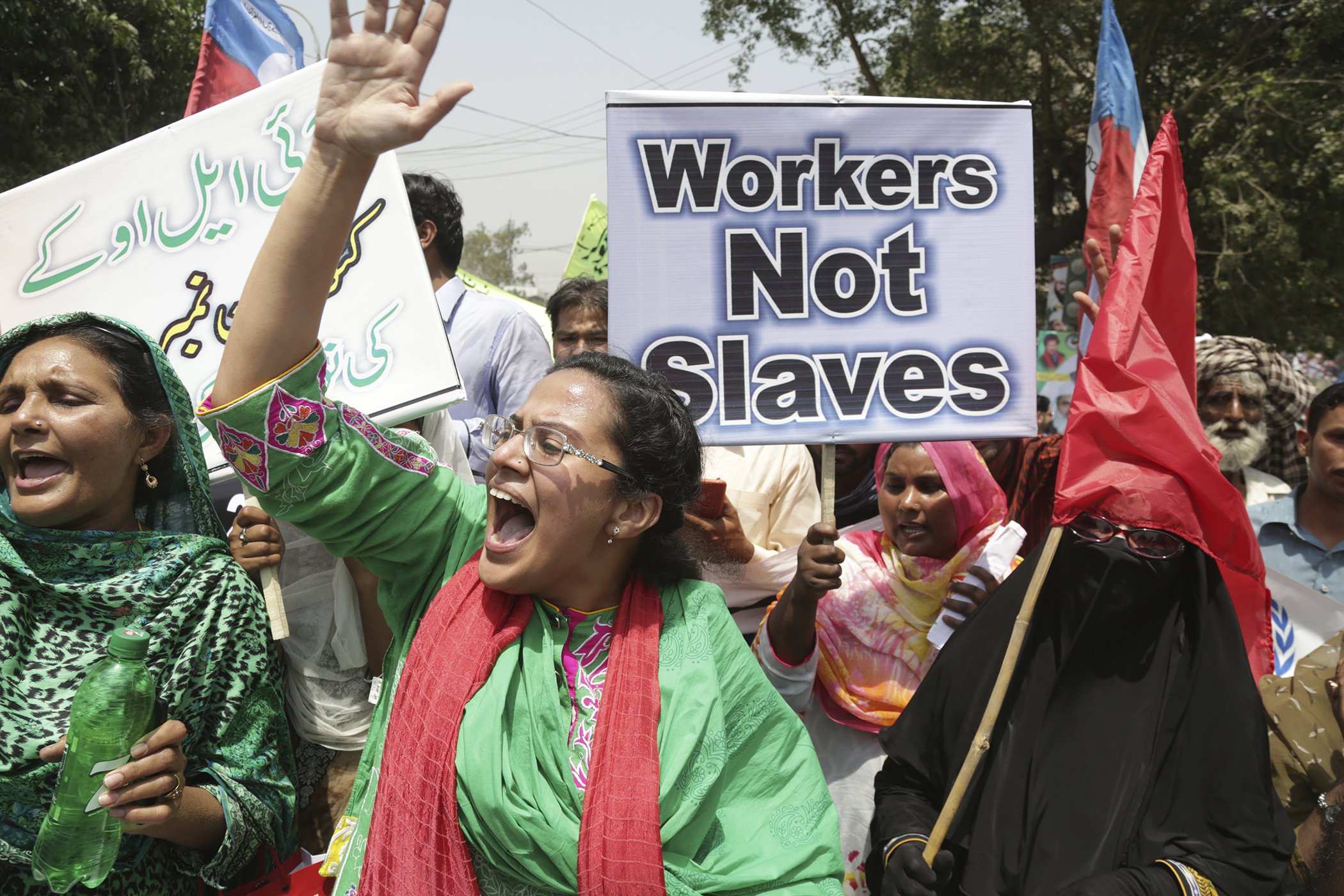 Pakistani workers participate in a rally on the International Labor Day in Lahore, Pakistan, May 1, 2018.
Image: K.M. Chaudary/AP

Lahore: Pakistani workers participate in a rally on the International Labor Day in Lahore, Pakistan. Pakistan observed Labor Day on Tuesday along with other nations worldwide.

Berlin: Demonstrators march during the 'Revolutionary 1st of May' May Day protest in Kreuzberg district on May 1, 2018 in Berlin, Germany. May Day is a holiday in Germany traditionally dedicated to labor, with unions and political parties holding gatherings and rallies across the country.

Nairobi: Participants perform during the Labour Day Parade organized by the Central Organization of Trade Unions Kenya at Uhuru Park in Nairobi on May 1. 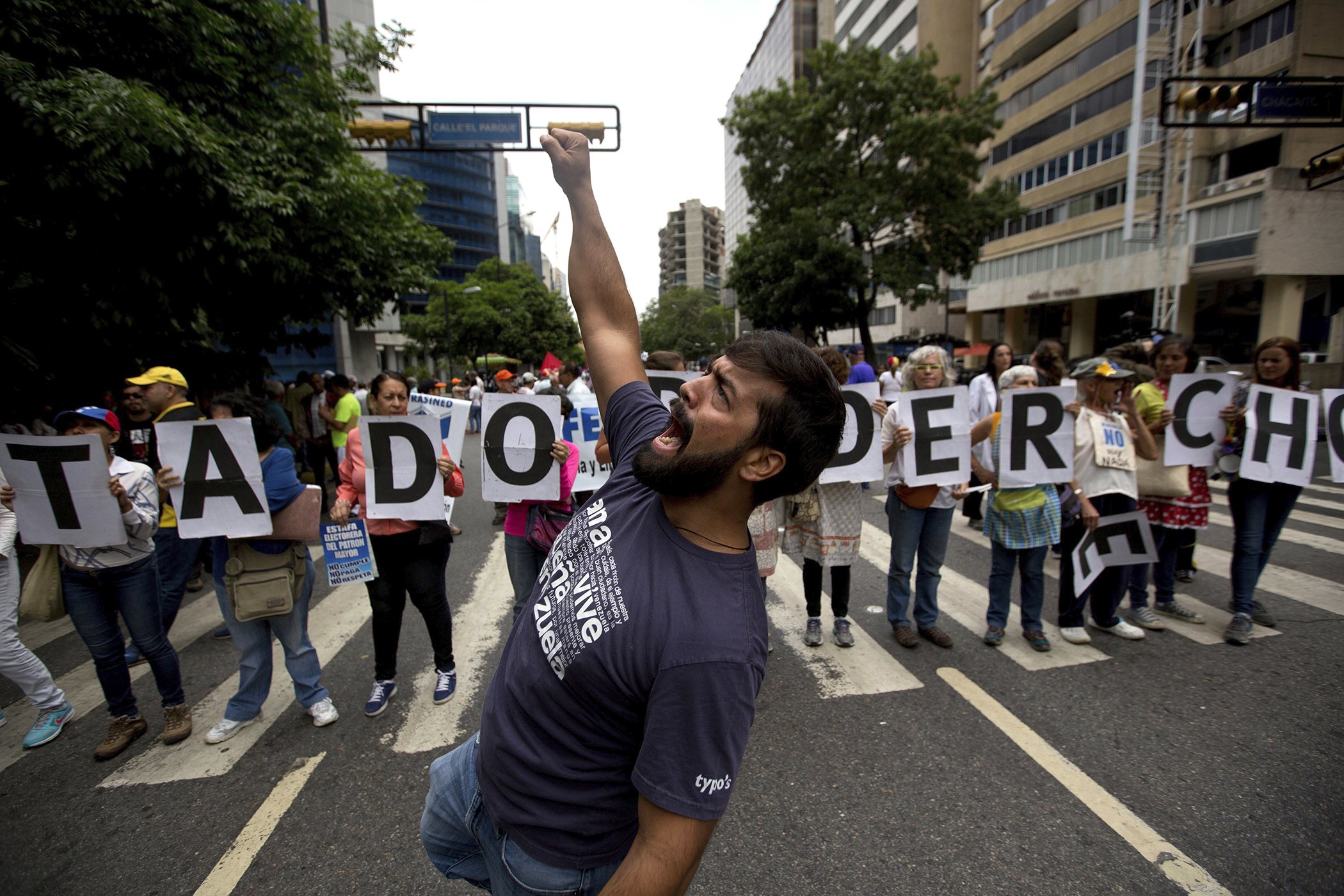 Istanbul: Young members of the Revolutionist Workers' Party DIP demonstrate during a May Day rally on the Anatolian side of Istanbul in Maltepe. Istanbul police on May 1 detained over 50 people and placed a security lockdown on the city as the Turkish metropolis marked a tense May Day.

Amritsar: Indian activists from the Communist Party of India along with factory workers, listen to a speaker during a protest against alleged anti-workers policies imposed by the state and central governments on the occasion of International Labor Day, in Amritsar, India.