Melbourne to Host the World Premiere of 'Mandela My Life: The Official Exhibition'

The exhibition offers a deep insight into one of the most influential men in modern history.

Why Global Citizens Should Care
Nelson Mandela was a heroic advocate for human rights. Despite his views landing him in prison for three decades, he never gave up on his dream for an equal and prosperous world free from racism and persecution. Global Citizen is honouring Mandela this year — the year he would have turned 100. You can join us by taking action here to be the generation to end extreme poverty.

Mandela My Life: The Official Exhibition is a one-of-a-kind, collections-rich exhibit on the inspirational life of former South African president and anti-apartheid revolutionary Nelson Mandela.

In partnership with ticketing organisation TEG Live, iEC Exhibitions, and Museums Victoria — and curated from the vast archives of the Nelson Mandela Foundation in Johannesburg — the exhibit will display priceless artifacts and private footage from Mandela's remarkable life.

Rewards: Win Tickets to Mandela My Life: The Official Exhibition

Launching in the year Mandela would have turned 100, the widely anticipated display will premiere in Australia at the Melbourne Museum on Sept. 22, before embarking on a global tour to 20 countries between 2019 and 2024.

Mandela My Life: The Official Exhibition will make its world premiere at Melbourne Museum on 22 September 2018. Book your tickets now to discover the inspiring and sometimes controversial life of one of modern history’s most influential figures.https://t.co/yyXUSTBTZlpic.twitter.com/ljqa8fGmmY

Items on display throughout the exhibition include an array of Mandela’s famous Madiba shirts, the cane and shoes he used in his later years, and a signed, gifted boxing glove from Muhammad Ali.

The items will be entwined with immersive multimedia elements and riveting sound and imagery productions. A video recording of Mandela during a halt in the infamous four-year-long Treason Trial of 1956, in which he was ultimately arrested in a raid and accused of treason, is expected to be highlighted throughout the exhibition. The video is considered to be the first known footage of Mandela. 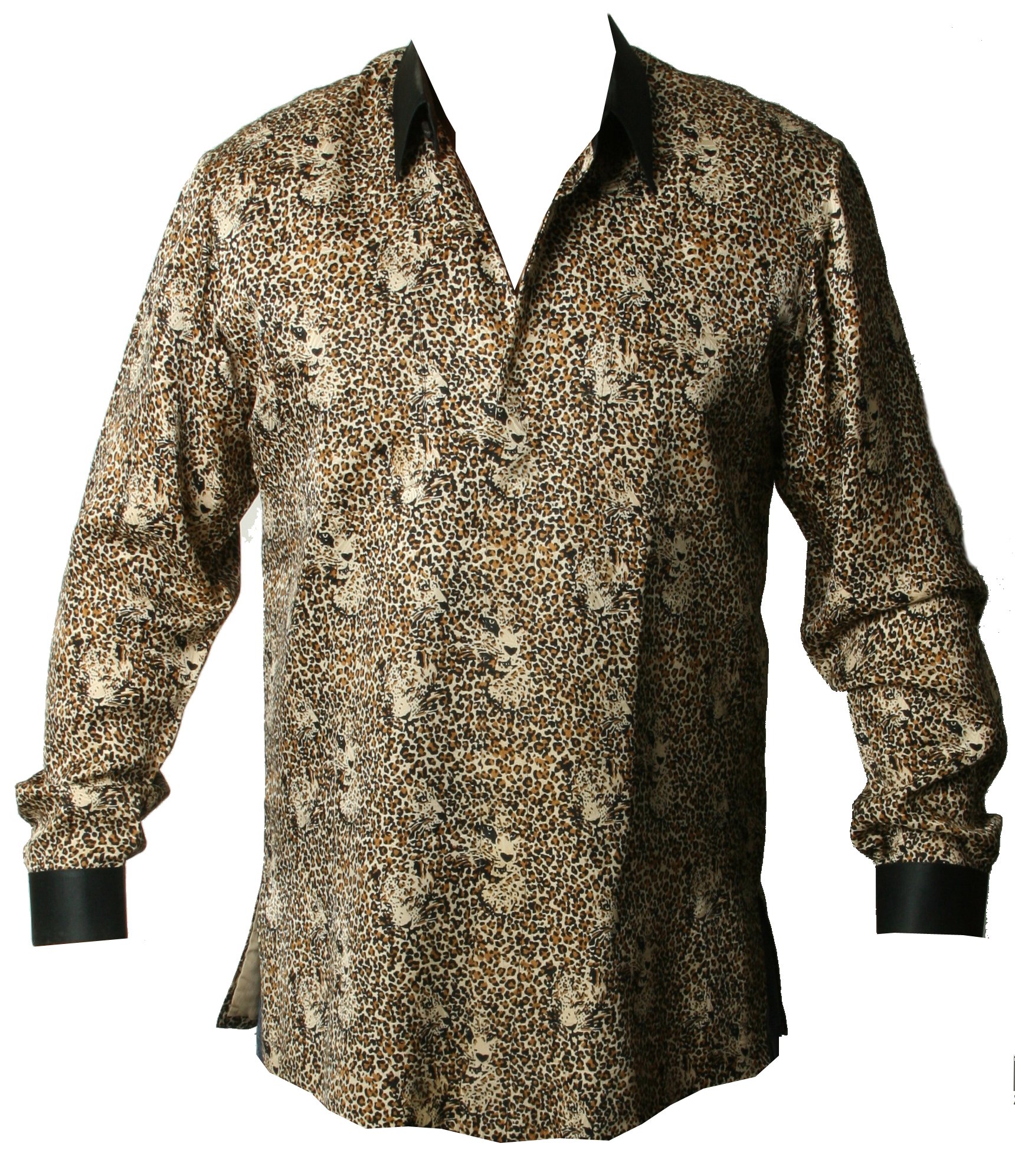 "This incredible exhibition will give visitors of all ages an insight into the man behind the legend. This exhibition has opened up the Mandela archives, bringing out many priceless items which have never before left South Africa," he stated. "We are honoured that the exhibition will have its world premiere in Melbourne, it shows the global standing of our museum and is another example of Victoria leading the way.” 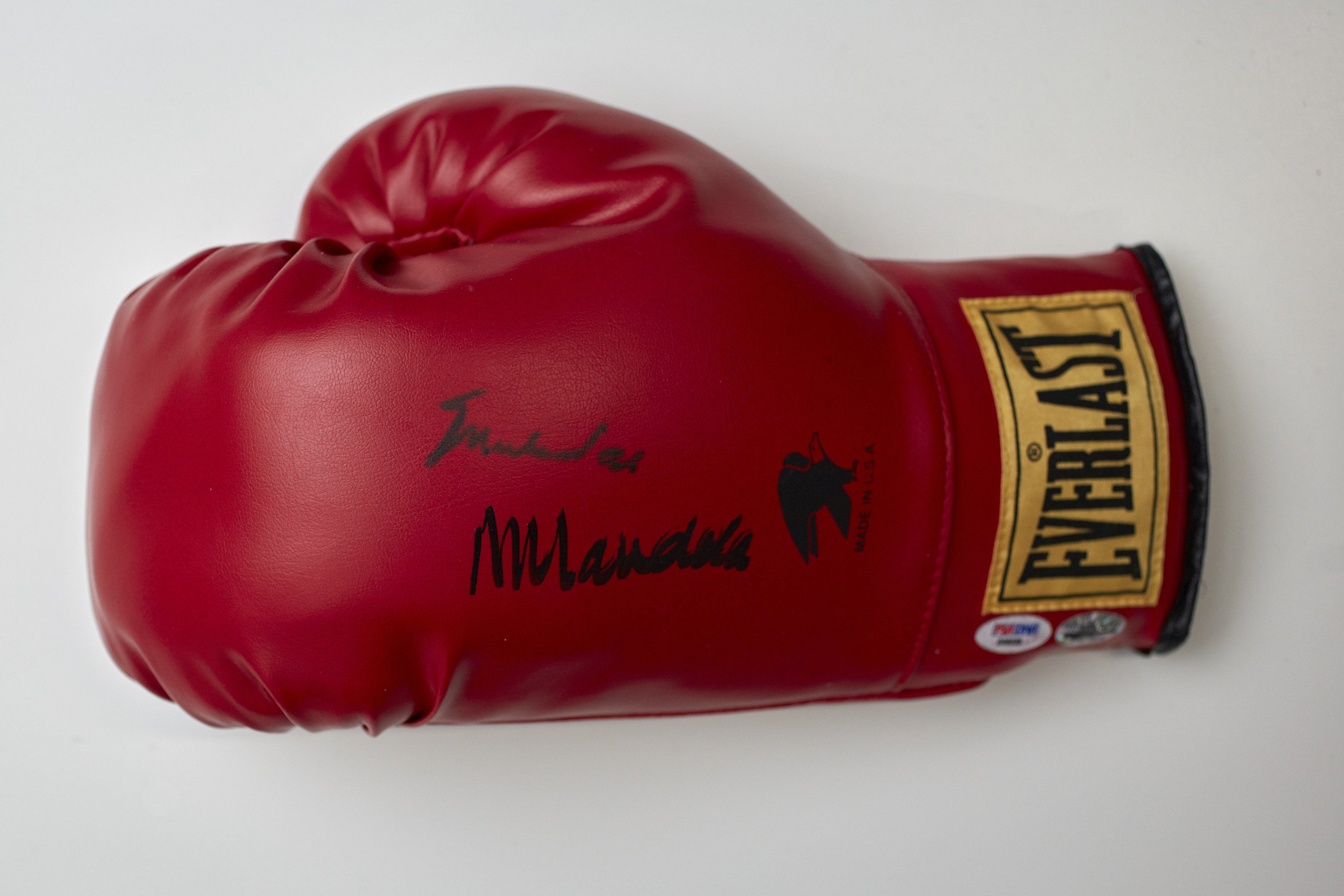 A signed boxing glove that Muhammad Ali gifted to Mandela. Via Mandela My Life: The Official Exhibition.

The exhibition will be on display across ten galleries within the Touring Hall at Melbourne Museum. The galleries will be split into six categories, each representing one of the many names Mandela was given throughout his life. Each name, and each gallery, will correspond and document a specific period in his life.

TEG Chief Executive Geoff Jones announced the exhibition will provide Australians with a one of a kind opportunity to revel in Mandela’s exceptional and notable life.

“Nelson Mandela, both as a man and the leader of a mission, has left an indelible mark on humanity,” he announced in a Museums Victoria statement. “This exhibition will resonate with Mandela’s heroic struggle and historic achievements.”

Mandela fought his entire life to create an equal world free from racial discrimination and oppression. He was a champion for women’s empowerment, famously announcing, "Freedom cannot be achieved unless women have been emancipated.” He similarly advocated for universal education, saying, "Education is the most powerful weapon which you can use to change the world.”