“Nature would heal itself, you just needed to stop hammering it.”

Why Global Citizens Should Care
Restoring forests around the world can boost food security, improve access to water, and shield communities from the worst effects of climate change. You can join us in taking action on this issue here.

Some people plant trees in their backyards, while others pitch in to bring new trees to parks. Tony Rinaudo, on the other hand, has spearheaded the growth of 240 million trees across dozens of countries, according to the Guardian.

The “Forest Maker,” as he calls himself in a memoir, first arrived in Niger from Australia 30 years ago and tried to restore the ravaged landscape by planting as many trees as humanly possible.

After two years, he made little progress and began to reassess his purpose. That’s when he realized that rather than trying to cultivate sky-scraping trees, he could work with the harsh terrain to develop trees that thrived underground by regularly pruning branches and protecting the trunks when fields are plowed. 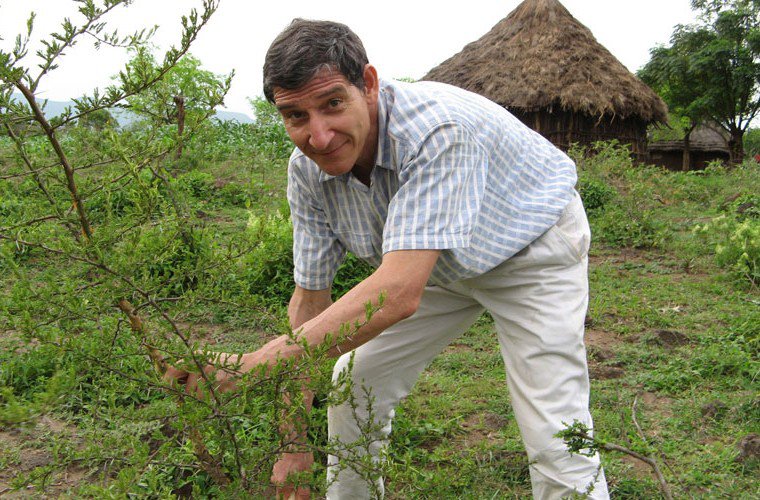 “In that moment, everything changed,” he told the Guardian. “We didn’t need to plant trees, it wasn’t a question of having a multi-million dollar budget and years to do it, everything you needed was in the ground.”

“Nature would heal itself, you just needed to stop hammering it,” he added.

Rinaudo’s method is known as farmer-managed natural regeneration and it allows forests to thrive in otherwise harsh conditions. And as trees flourish, surrounding communities get a major boost in food security, water quality, and resilience in the face of storms.

As of 2013, Nigeria was growing enough food to feed an additional 2.5 million people with the help of Rinaudo’s metod, according to World Vision.

Read More: These Are 6 of the Most Exploited Resources on Earth

In Niger, where Rinaudo got his start, farmers saw their yields explode once the underground network of trees took hold.

Last year, he traveled to western Afghanistan to help farmers stricken by drought restore mountain landscapes. Food insecurity in Afghanistan affects a third of the population.

Now he’s taking his vision global by campaigning at the United Nations for improved forest management around the world, the Guardian reports.

Globally, 18.7 million acres of forests are destroyed every year, which is like losing 27 soccer fields worth of trees every minute, according to the World Wildlife Fund.

As trees disappear from an area, biodiversity vanishes, droughts become more common, and landscapes become more vulnerable to storms, floods, and landslides. Deforestation is also a major driver of climate change, accounting for 15% of annual greenhouse gas emissions as carbon stored in trees get released.

The primary drivers of deforestation are clearing land for cattle, agriculture, and development, WWF notes. Forest fires and pests are also growing threats to trees as temperatures increase around the world.

Rinaudo believes that his method of forest regeneration can help in the fight against climate change, while also bolstering food security and water resilience.