It Looks Like Malala Is Heading to Oxford University!

The youngest ever Nobel Peace Prize winner has got an offer. Next stop: saucepans! 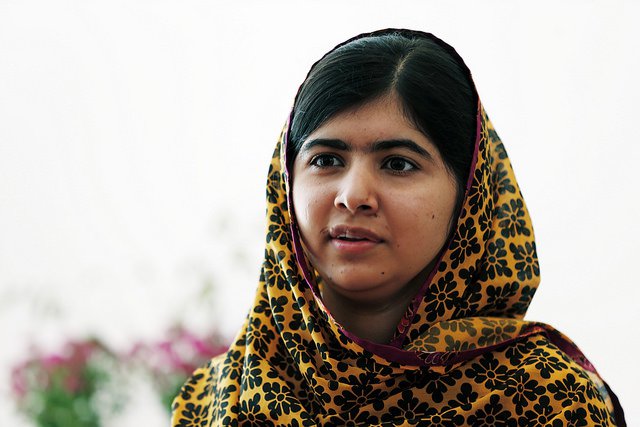 Sleepless nights, niggling nerves, and, finally, an ambiguous envelope flies through the front door. You recognise the seal, but your sweaty fingertips struggle to fumble past it. All you’ve ever wanted is to go to university, make friends, and finish your education — this could be the moment that opens your inevitable Hollywood biopic. One question: are you every hopeful A-Level student with ambitions for further education currently camped out by the letterbox? Or are you a Nobel Peace Prize winner?

Read More: Yes, Malala Yousafzai Was Nervous at Her College Interview, Too

Malala Yousafzai, 19, is both. But perhaps not for much longer. Gloriously, she has confirmed that she’s received an offer to study Politics, Philosophy, and Economics (PPE) at Oxford.

Watch the moment Malala explains to a packed auditorium in Birmingham that she has received an offer to study at a UK university pic.twitter.com/ip1ti4e7At

Malala has devoted her adolescent years to championing girls’ education all around the world. Aged 11, she wrote a secret blog for the BBC about life living as a Pakistani schoolgirl in a town controlled by the Taliban. Both she and her father spoke out against the restrictive regime that banned girls from going to school. But her protests were met with attempted murder as, aged 15, she was shot in the head just for going to school.

Less than a year later, she had made a miraculous recovery, and celebrated her 16th birthday with an inspirational address at the United Nations. Not long afterwards, she was pulled out of a chemistry class by her teacher. At first, she thought she was in trouble. “You have won the Nobel Peace Prize,” the teacher told her. Now, she’s one of the most famous teenagers in the world.

At the end of last year, Malala interviewed for a place at Lady Margaret Hall at Oxford University, describing it as “the hardest interview of my life”. If the rumours are true, she will follow in the footsteps of former Pakistani President Benazir Bhutto, at the historic Oxford college that was the first to educate women.

Presently studying for her A-Levels at an all girls school in Birmingham, she made the announcement at an education conference in the same city. All she needs to do is knuckle down and get the grades — she requires three As to meet the offer. With a history of smashing exams out of the park, we think she’ll do just fine.

Read More: Malala Is Writing a Children’s Book About a Magic Pencil & Fixing the World

But don’t expect a degree to slow her down. Even whilst studying, Malala has pledged to continue her work fighting for universal education with her global nonprofit organisation Malala Fund.

"My goal is to make sure every child, a girl and a boy, they get the opportunity to go to school,” she said. "It is their basic human right, so I will be working on that and I will never stop until I see the last child going to school.”

Still not impressed? Here’s a video of her performing the Cup Song from Pitch Perfect at a recent school assembly. That’ll do the trick.

Malala is the head of a pioneering charity dedicated to girls’ education. She’s given a copy of her bestselling book to the Queen, had a documentary about her life nominated for an Oscar, and dreams of one day becoming Prime Minister of Pakistan. If there’s anybody who can take on the challenge of communal kitchens, it’s her.