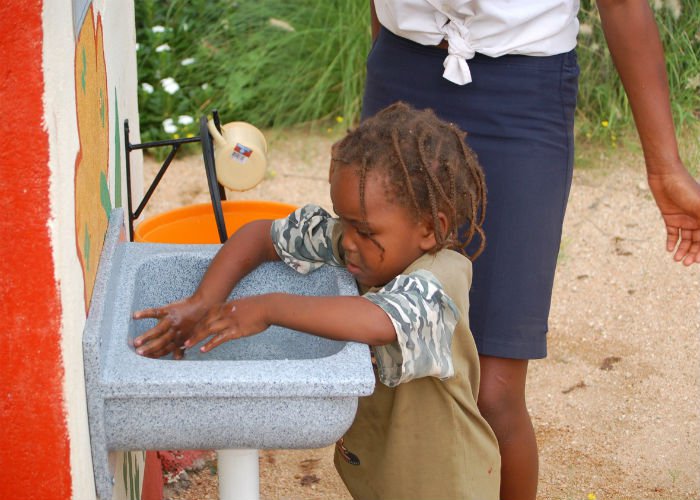 As it stands, 2.4 billion people live without sanitation every day. This means they might not have access to a proper or functioning toilet, or get sick from water contaminated by waste matter. Inadequate sanitation leads to diarrheal disease which takes children’s lives, and forces girls to miss out on the education they deserve because their schools don’t have proper bathrooms for managing their periods.

Of those 2.4 billion people who lack access to improved sanitation globally, more than 750 million live in India. The sanitation crisis has been a long and brutal reality for countless people across the country, where 1 in every 10 deaths is linked to poor sanitation.

Prime Minister Narendra Modi’s announcement in 2014 that India would have complete sanitation coverage by 2019 came as a much welcomed response to this crisis. It was a historic call to action to community leaders, chief ministers and local influencers to deliver on this campaign, given the power of execution on policy lies at the local level, instead of at the federal government’s level.

“The government of Prime Minister Modi has elevated awareness of this global health emergency, recognizing that the deleterious impacts of poor sanitation and hygiene on health, productivity and dignity extend well beyond India,” said Chris Williams, Executive Director of the Water Supply and Sanitation Collaborative Council.

The chief ministers across the states of India have invested huge efforts and resources toward Prime Minister Modi’s sanitation campaign. But fixing the sanitation crisis in India is a huge job, and Global Citizens in India have been speaking out and holding their politicians to account on delivery.

In fact, at the Global Citizen Festival India on World Toilet Day, chief ministers and local leaders across the country took the stage and responded to 377,000 actions taken by Global Citizens in India, announcing onstage in front of 70,000 Global Citizens, huge steps forwards in securing access to sanitation for everyone in India.

These announcements are vital to achieving access to sanitation for everyone in India. But the rest of the world also has a critical role to play in the sanitation campaign, not only out of a social responsibility, but also because the international community is only hurting themselves if they don’t step up for global access to sanitation.

This is why Global Citizens called on businesses and community leaders outside of the conventional political realm need to lend their support to the campaign, too.

Global Citizens united their voices and took 184,000 actions calling on businesses, faith groups, and NGOs to make new commitments to achieve safe water and sanitation for India. These actions took place alongside the Global Citizen team’s dozens of meetings with companies who granted their expertise, as well as their 2% corporate social responsibility budget to invest in concrete water, sanitation and hygiene projects.

Businesses, NGOs and international governments stepped up to the plate, and made 7 commitments and announcement, which are set to reach 486 million people:

GLOBAL INTERFAITH WASH ALLIANCE: Following 43,000 actions by Global Citizens, Global Interfaith WASH Alliance (GIWA) committed to inspire 2 million people, including 400 faith leaders, to live and act toward creating a world of improved cleanliness, sanitation and hygiene, in which fresh water also flows pure and sustainably for all. They promised to accomplish this goal by December 2019.

UNILEVER: Hindustan Unilever India ‎CEO and Managing Director Sanjiv Mehta committed to reach one in every seven Indians by 2020 with initiatives to improve water, sanitation and hygiene through the programmes of their brands, including Lifebouy, Domex and Pureit. This is set to affect the lives of 198 million people.

VIACOM18: Viacom18 affirms its commitment to install sanitation facilities at the 77 open defecation spots identified throughout Mumbai, and to deliver a behavioral change communication campaign to amplify Swachh Bharat reaching 500 million Indians, both by the end of 2019.

SWA PARTNERSHIP: Kevin Rudd, 26th Prime Minister of Australia, and Chair of Sanitation and Water for All High Level Partnership thanks Global Citizens for their actions, and urges them to keep pushing their leaders to end Tati.

These commitments from the private sector and NGOs will help millions of people living in India live vastly improved and healthier lives. But, Global Citizens didn’t stop there.

HUNGARY: As a member of the High Level Panel on Water, Deputy Foreign Minister of Hungary László Szabó commits on behalf of Hungary to help manage urban waste.

This week in India proves yet again that when we come together across borders and work toward a common mission, nothing is impossible.