“The more you can do to make everyone at your school feel comfortable, the better." 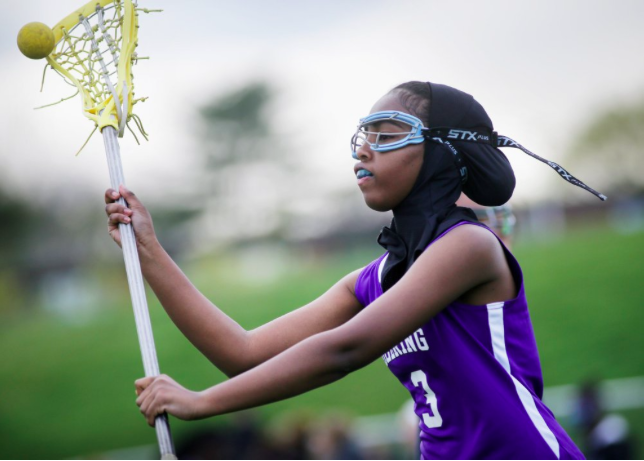 Most school sports teams provide helmets, pads, and other equipment to make sure students are safe and comfortable.

So why not provide athletic hijabs for Muslim students?

That’s the question that occurred to the captains of a girl’s tennis team when they noticed that their Muslim peers often struggled during practice and games because of their hijabs, according to a piece in the Portland Press Herald.

Liva Pierce and Anaise Manikunda, co-captains at Deering High in Portland, Maine, saw that their teammates’ hijabs would unravel while running cross-court after a ball, slowing their progress.

Worst of all, many Muslim athletes also feel deterred by the stigma that surrounds hijabs in Western culture.

Pierce and Manikunda, wanting to make life easier for their peers, had recently seen Nike’s campaign to produce athletic hijabs and realized that such equipment existed.

So they set up a Kickstarter page to buy athletic hijabs — and the community quickly responded, raising $425, nearly double the goal of $250.

That’s when the athletic director of Deering High, Melanie Craig, was brought in and she immediately saw the logic of the request.

Read More: This Muslim Woman Is Dedicating Her First Ever Boston Marathon to Refugees

Craig got in touch with ASIYA, the only sportswear company in the US to offer athletic hijabs, and raised the rest of the money for the initial order. The hijab is made of lightweight breathable fabric and is pull-on rather than wrap-around, making it far easier to use during sports.

Suddenly, Deering High became the first high school in the US to offer athletic hijabs to students, a major breakthrough that could have ripple effects throughout the US.

Even for the most elite female Muslim athletes in the world, prejudice still accompanies performance. The fencer Ibtihaj Muhammad became the first female Muslim athlete to compete on the US Olympics team and she says she receives hostile looks and comments all the time. In fact, she pursued fencing partly because the gear automatically involves a head covering.

Perhaps if wearing a hijab during a tennis match becomes as mundane as wearing a helmet in football, then the hostility and skepticism Muslim athletes face will begin to fade.

Read More: This Might Be the Most Powerful Response to Trump Yet

Today, 10 hijabs are in use by athletes playing lacrosse, tennis, and track at Deering High.

For the tennis captain Pierce, the change has been immediate.

“I just see a new confidence in them on the court,” Pierce told the Portland Press Herald. “The more you can do to make everyone at your school feel comfortable, the better. If a Muslim student didn’t want to play tennis because she couldn’t be true to her religion and play the sport, that’s awful. I don’t want that to happen – I don’t think anyone wants that to happen.”

And for the Muslim athletes, the new equipment has been transformative.

“I did not do any tennis until now because I was so nervous and shy about wearing my stylish hijab during an athletic event,” Deering High sophomore Tabarek Kadhim told the Portland Press Herald. “Now I can actually play and not worry about my hijab falling off.”

“I feel like, within the Muslim community and communities of color, we weren’t really heard before,” said Deering High lacrosse player Sulwan Ahmed. “Now our teachers are listening to us. Deering is actually taking in what we’re saying and taking action.”