3 Out of 5 Maids Sleep In Closets, Balconies, and Storage Rooms in Hong Kong

More than 40% of maids do not have their own room and sleep in storage rooms and basements. 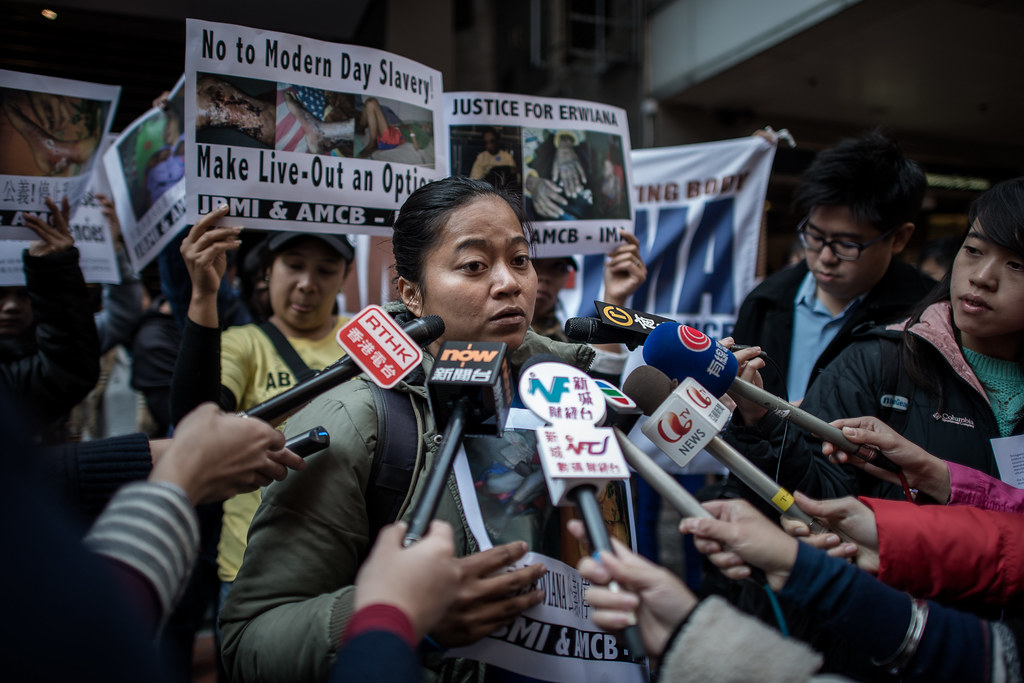 KUALA LUMPUR, May 12 (Thomson Reuters Foundation) - Domestic workers in Hong Kong are being forced to sleep in toilets, tiny cubbyholes, and on balconies, activists found in an investigation that uncovered the "appalling" living conditions of maids in the wealthy financial hub.

In the city that employs 350,000 maids, mostly from the Philippines and Indonesia, three out of five domestic workers are made to live in unsuitable accommodation that sometimes threatens their health and safety, said rights group Mission for Migrant Wokers (MFMW).

In a survey of 3,000 maids, MFMW found 43 percent of the respondents said they do not have their own room and were asked to sleep in places including storage rooms, kitchens, toilets, basements, closets and on balconies.

Another helper slept in a tiny, 1.2-metre-high room built on a balcony, next to the laundry area.

"It is appalling we are allowed to do this to a domestic worker. This is modern-day slavery," lead researcher Norman Uy Carnay told the Thomson Reuters Foundation.

"Most of this accommodation doesn't even approach basic human decency. Hong Kong is a world-class city, it shames Hong Kong to have this kind of treatment of its migrant domestic workers."

Carnay said maids should be given suitable accommodation even if they are in space-scarce Hong Kong, where sky-high property prices make housing unaffordable for many of the city's 7 million residents.

In an email to the Thomson Reuters Foundation, Hong Kong's Labour Department urged maids to lodge complaints and said employers can face action if they fail to provide suitable accommodation.

Asked whether sleeping in kitchens or toilets is acceptable, the department said it was "not feasible" to define what is suitable accommodation.

Of the 57 percent of domestic workers surveyed with their own room, one-third said their quarters also doubles as a storage area, space for laundry, a study or a room for pets, MFMW said. Fourteen percent of the 3,000 polled said they have no ready access to toilets.

Domestic helpers said they had no choice but to accept the conditions.

"We agree because we need to earn money. If we disagree, of course, we're sent to the agency or we're sent to go back home, right?" one unidentified maid was quoted by MFMW as saying.

Related Stories July 20, 2016 CHIME FOR CHANGE 13 Stories That Show How Women Are Treated Around the World

Carnay urged Hong Kong to outlaw unsuitable accommodation and abolish rules that make it mandatory for maids to live with their employers.

At present, the rules only say employers must not force maids to sleep on beds in the corridor with little privacy, or to share a room with an adult of the opposite sex.

Although domestic workers generally have better protection in Hong Kong than in other parts of Asia, mistreatment in the city has come under scrutiny since the 2014 case of Erwiana Sulistyaningsih, an Indonesian maid beaten by her employer and burned with boiling water.