This Woman Spent 30 Years Photographing Life in Haiti. Here’s What She Learned.

“If we have any purpose, it’s to learn about each other.” 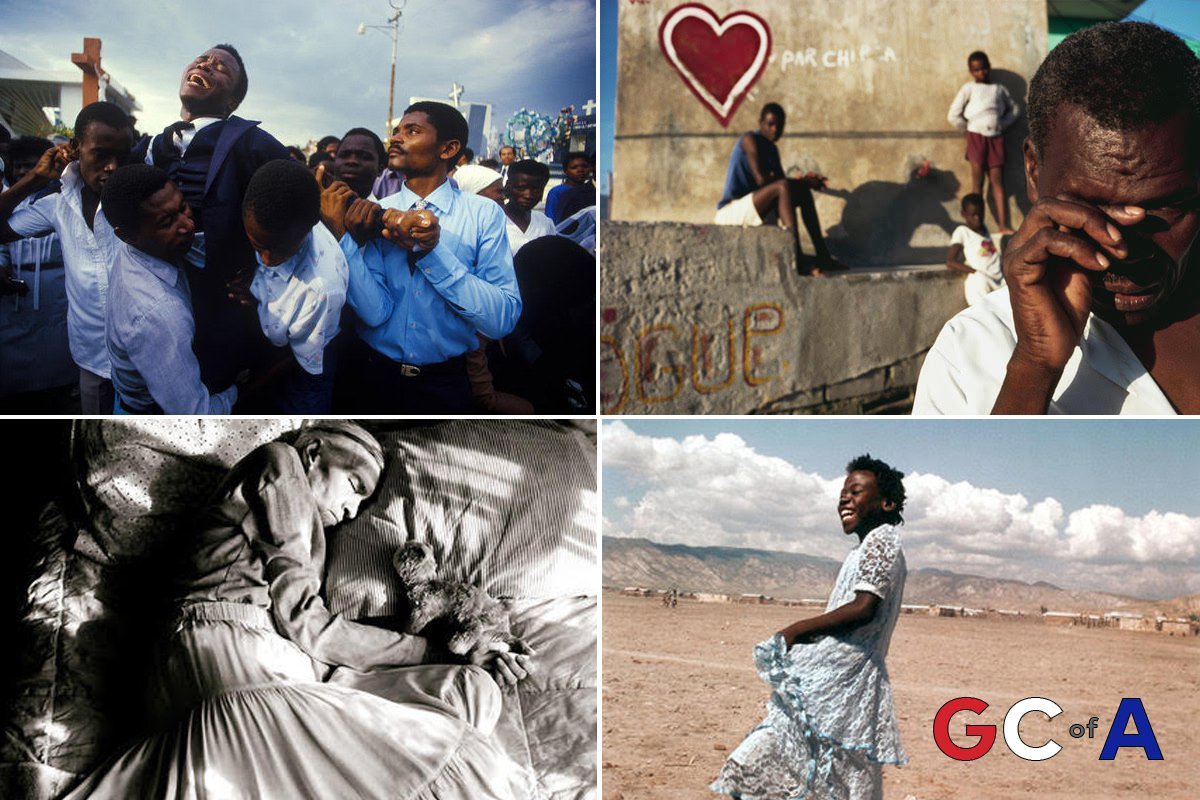 Her work has appeared in the pages of National Geographic, the New York Times, and the Smithsonian.

She has traveled to over 64 countries, witnessed uprisings, delivered babies, and had a machete held to her throat.

And yet for Maggie Steber, all of these varied life experiences and accomplishments have led her to believe one simple thing — that if we have any purpose at all in life, it is to learn about one another.

Steber, an award-winning photographer, has spent nearly 30 years traveling regularly to Haiti to document life on the small island-nation, making her way beyond Port-au-Prince and into the countryside to meet rural Haitians whom she says have taught her much about the world. She has perfected the art of the photojournalism trip, researching history, culture, economics, and art before she travels, and then letting locals lead her to deeper knowledge through her camera lens.

Global Citizen spoke to Steber about how her work as a photographer has opened up her perspective on the world. 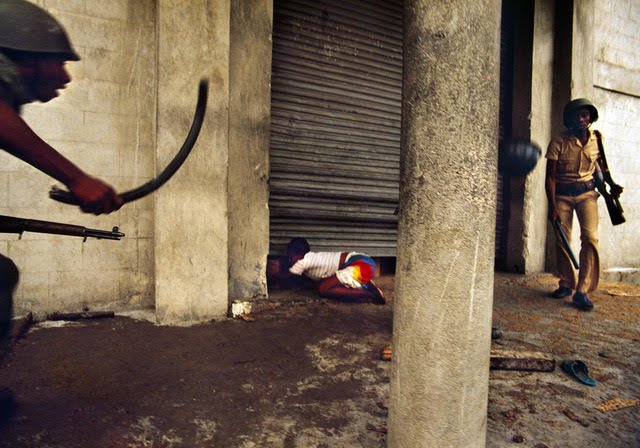 What drives your interest in documenting other cultures?

Haiti is very interesting to me in particular because of its dynamic and dramatic history: it’s the site of the only successful slave revolt in the history of the world that established the first black republic. That’s amazing and a big point of pride for Haitians, so even though it was long ago and things have changed, it is still huge in the Haitian psyche. That’s interesting to me. 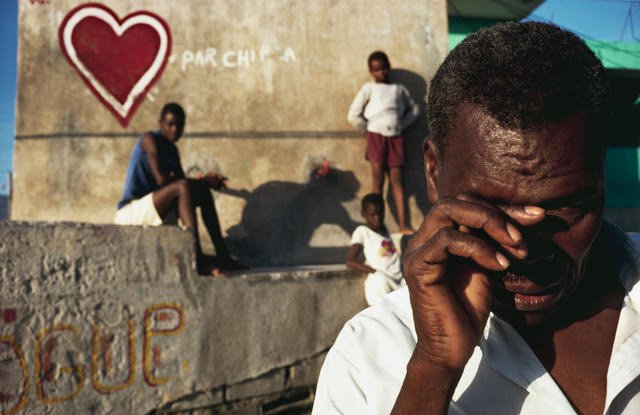 How do you capture that in your photos?

First of all, you have to do you all your research, read the history, the economic aspects of it, understand where people were, mass migration, and then you look at literature and art.

But photographing, you just have to spend time with people and be ready to capture things because they just pop up. You go and talk to people, ask them, what’s the history of this village, and they will pull out photos of their history to show you. As a photographer I ask people to be vulnerable before me, to let me take their picture, and so I have to be vulnerable to sincerely learn something. 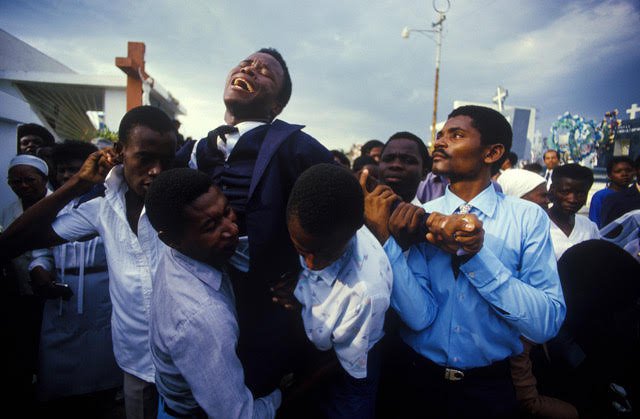 Why is it important to engage with the world?

It’s like the secret garden in a way, in a manner of speaking. Everybody has a different reality, a secret garden of reality and it is like a garden and I want to go and see what’s growing in it. I just have this longing to always be out in the world. I think it’s a remarkable place and we don’t see the best parts of it, there is so much focus on what’s wrong, and the things going wrong. There’s great beauty in many cultures but we don’t always go look for it. In journalism or people with NGOs, to be honest, people come with ideas, anthropologists come with ideas that are superimposed on foreign cultures. I want to find out what’s real. It’s pretty cool to be here and I think we can make the most of it. If we have any purpose, it’s to learn about each other. 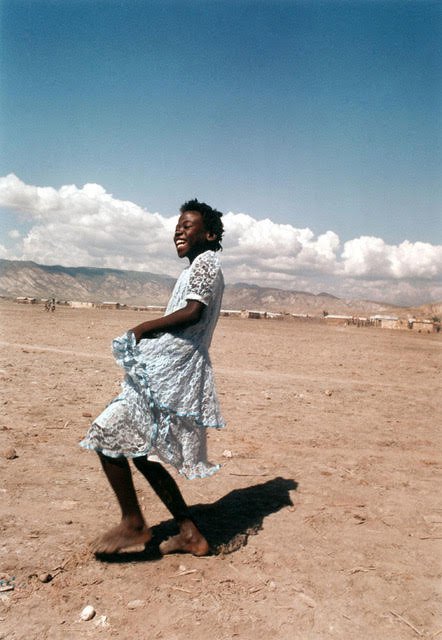 You celebrate beauty in the world. Why?

When I first worked in Haiti — I’ve now been there 30 years — the dictatorship fell, there were riots, there were killings. They’re a poor country, so there were all of these things, and that’s what I was photographing. It was history and upheaval and politics and all of these things, and at some point I realized I wasn’t being fair to Haiti, because that’s not the only thing that happens in Haiti. So I went to the countryside because it’s said that in the rural areas, that’s where you find Haiti, and I think that’s true for developing nations.

And also: why not look for beauty? Instead of the negative?

Haiti is very important to you. What has your experience been there?

It’s a very strange place and I’m strange, but also I’ve learned so many life lessons, having my own experiences. I’ve almost been shot and had machetes held to my throat, but I’ve also delivered a baby, seen little kids playing with nothing but still having fun. It’s just magical and never ending. It’s the one place where I just feel at home. 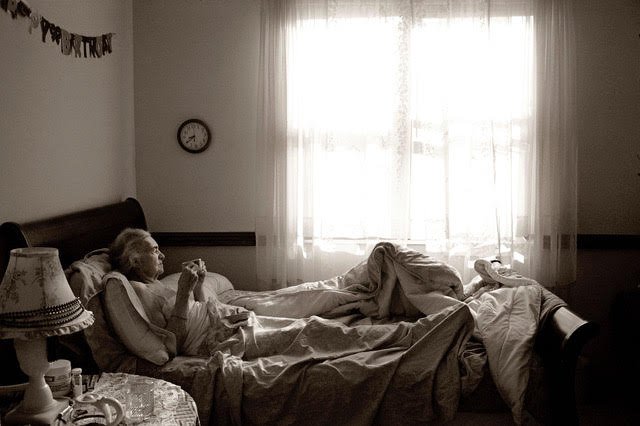 What's been the most surprising place you traveled?

I had been to Nepal before the earthquake and it was an amazing place, there was a lot of magic, and it’s all found in the rural areas. Everybody has a different definition of magic and what’s beautiful. If that’s what you’re looking for you’ll find it. But I guess I would have to say it’s Haiti because I keep going back. 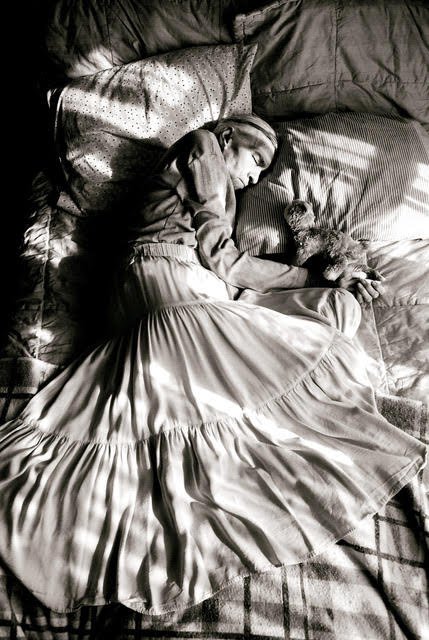 Do you have one all-time favorite photo?

My mother suffered from memory loss for about nine years and I couldn’t take care of her because of my travel. I’m an only child with an only parent, but I found this caregiving place with these wild women, Romanian and Cuban women, always loving on people. I could stay there, it was lovely, so I photographed my mother throughout this because camera became my shield. I noticed that I was seeing my mother in a new light, not so much as my mother but as Madje, her own person. My favorite picture, I would say, is her sleeping and I’m over her. My mother was half Cherokee and she looks so beautiful and peaceful. It’s my favorite. 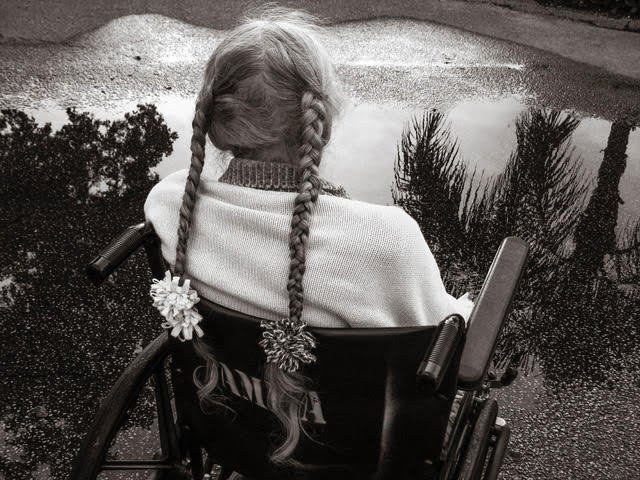 What accomplishment are you most proud of?

Well I’ve had a lot of recognition, which i’m grateful for, and I’ve mentored a lot of young photographers, which I love to do, but I guess that over time I just learned that it was much better to be generous and encouraging to people than it was to be jealous and discouraging to people. And that’s how I lived my life. I never expected to have this life. I’m just a girl from Texas, raised by my mother who was a scientist — that was pretty amazing — and I found that was the best way to live my life. I’ve helped send kids to school and build houses and put people in the hospital. I can’t always be taking, I have to give back. 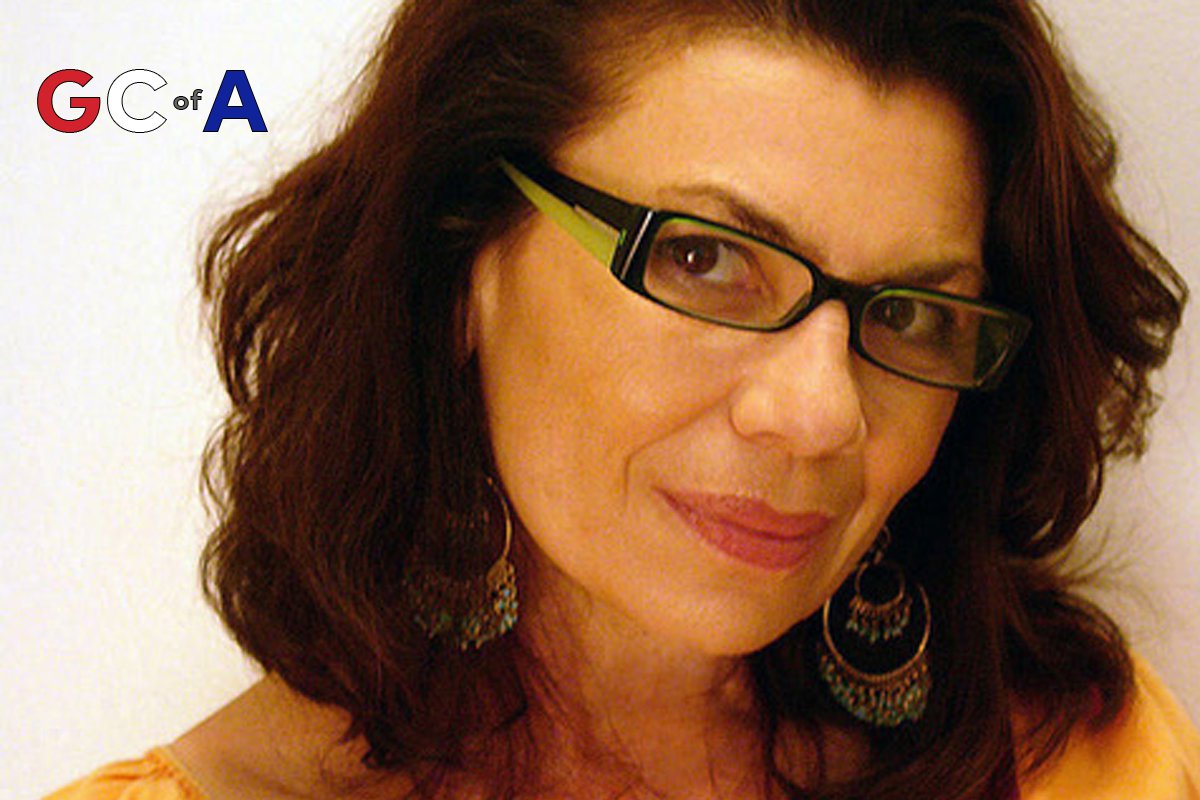 TopicsPhotographyPhotographerPhotosHaitiGlobal Citizens of America
Brought to you by