World’s only professional model with Down Syndrome leaves no doubt she is a role model too.

Midway through New York Fashion Week, Madeline Stuart is having a blast and working hard.

Global Citizen had the chance to see her walk for Speechless Vulgarity, just one of the 11 shows she will be a part this NYFW. And there is no doubt she is a professional model.

Yet Stuart manages to maintain a quality that for most working professional models is a great challenge. She makes sure every photo shoot, show, catwalk she does is a positive experience for her.

“We’ve cancelled photo shoots before because people have turned up with the wrong attitude. We’ve said, ‘No, you’re not happy, cheerful, and this is not going to be positive,’” Madeline’s mother, Rosanne Stuart, told Global Citizen.

When Global Citizen caught up with Stuart, she had already been busy since 6 a.m. She’s done hair and makeup, media interviews, and been to several other shows and fittings. Still, by Saturday evening at the Vineyard Theatre in Manhattan, she is all smiles, bringing joy and excitement to an industry where smiling was considered uncool for far too long.

Speechless Vulgarity is a show Stuart is happy to be in. Speechless Vulgarity CEO, Sdot Haynes and designer K.Y. aka Kymberly Achuba are two women who made Madeline feel more than comfortable and wanted to share the message of inclusivity and importance of diversity in the fashion industry.

Also in attendance was Meredith O’Connor, a singer and anti-bullying activist who introduced Stuart and served as her spokesperson at the show. She has been front row at other NYFW events with Stuart as well. 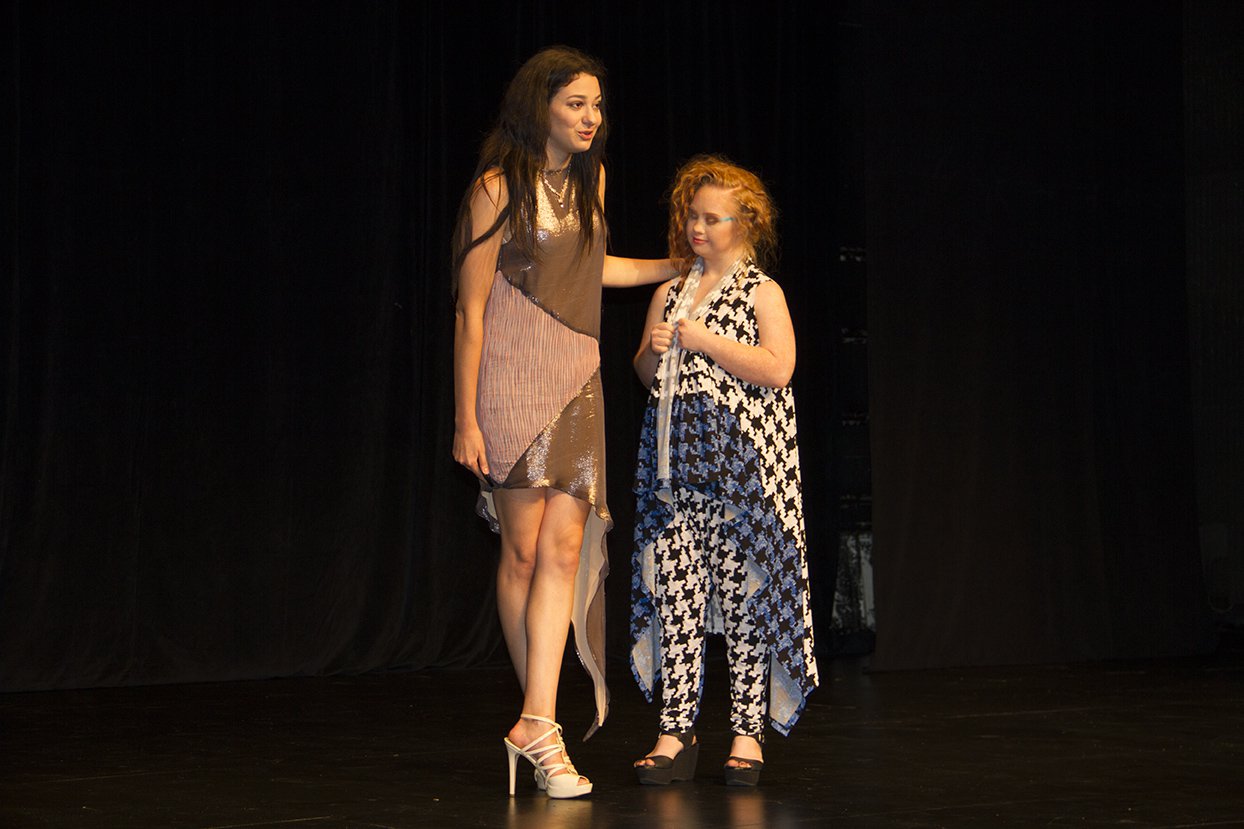 “Madeline Stuart represents that being different, starting new trends, and embracing who you are is truly what’s fashionable,” said O’Connor.

After her introduction, Stuart came out in a houndstooth ensemble with a fierce streak of blue lightening across her left eye. She worked her way down the stage as cameras flashed, and gave the audience a bright smile before turning to head backstage.

Those attending the show were just as passionate about the strength of the movement in the fashion industry to be more inclusive of all people.

“Front runners like Maddy and Reshma, a lot of people go to see them and it’s creating this movement that’s only becoming bigger and stronger,” said Sarah Lorraine White, 30, who travelled from Texas for fashion week.

She also shared that her sister is a burn victim and that  she is inspired by been seeing Reshma Qureshi, Jilly Mercado, and Madeline Stuart take the lead in NYFW.

The list of models giving hope to others and refining the idea of traditional beauty is growing, inspiring more people along the way. And nobody who loves fashion is left out of the conversation anymore.

“More people are speaking through social media, and it’s giving everyone a voice. On the disability level, with Madeline being in the public eye, it becomes more normal,” said Madeline’s mother.

The more Madeline Stuart is in the public eye, the sooner society will be able to see the depth of beauty that comes through disability. Making disability more widespread through awareness has the power to challenge other stereotypes like discrimination, according to Madeline’s mother.

Read More: Beyoncé’s Latest Fashion Campaign Features Model in a Wheelchair - and it Is Flawless

“Fashion is about expressing, it’s not about fitting into one mold. If you’re lucky enough to be different, don’t ever change,” said O’Connor, closing out the night and reminding us all to embrace our own differences as well as others.

Stuart was also being filmed for a documentary on her life as a model during the show, another story to look forward to once NYFW is over.