From controversy to top of the charts 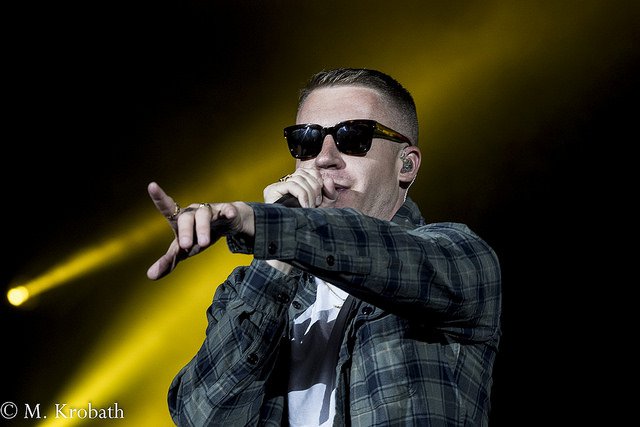 EXCLUSIVE: @macklemore has pledged to donate the Australian earnings of his song ‘Same Love’ to the Yes campaign. #AusPol#9Newspic.twitter.com/hrV3svXUOv

The hit song from 2012 was recorded at a time when marriage equality was being campaigned for in Washington, D.C., USA, and topped out at number 11 on the American billboard hot 100 chart, while it made number one in both Australia and New Zealand.

Macklemore made this pledge on the eve of his performance at the National Rugby League (NRL) grand final in Sydney, Australia, over the weekend.

The choice to have Macklemore as part of the pre-match entertainment at the popular sporting event was met with controversy by opponents of same-sex marriage. Former Prime Minister Tony Abbott joined others in petitioning the NRL to stop Macklemore from performing his hit song ‘Same Love’, arguing that the performance politicised the game.

On Thursday night before Sunday’s Grand Final, the track ‘Same Love’ returned to the top of the Australian iTunes music charts for a second time. Its popularity couldn’t come at a better time for ‘Yes’ campaigners as both sides of the marriage equality debate are currently being furiously argued in Australia.

Yesterday someone started a petition in Australia to ban me from playing Same Love at the #NRLGF. Today its #1 on iTunes. Love is winning ❤️

The track, written together with Ryan Lewis and Mary Lambert speaks out against discrimination and the hurt homophobic stereotypes cause, with an emphasis on how marriage equality is a step towards healing the pain, with lyrics including:

“If I was gay I would think hip hop hates me, have you read the youtube comments lately? "Man that's gay" Gets dropped on the daily.”

“Plagued by pain in their heart. A world so hateful, some would rather die than be who they are. And a certificate on paper. Isn't gonna solve it all, but it's a damn good place to start."

Macklemore said he couldn't be "more honoured and excited" to be invited to perform at the Grand Final, but at the same time he was also receiving threats.

.@macklemore talks about his upcoming performance at Australia’s @NRL and the controversy about him performing “Same Love” #TheCruzShowpic.twitter.com/CaAQ6iEh6i

In response the NRL's chief commercial officer Andrew Abdo said, "He is one of the world's leading artists at the moment and popular with Australians and most importantly our fans.”

Attorney General George Brandis spoke out in support of the NRL’s decision.

"It is one of his most popular songs, and for Mr Abbott or anyone else to say that it should be banned I think is a bizarre thing to say," he told ABC radio.

And yet that didn’t stop Australian radio programs 3AW and 2GB from censoring Macklemore’s performance of ‘Same Love’ from their broadcast of the NRL Grand Final. Instead of playing the song as part of the live broadcast of the game, the radio stations in a display of questionable taste decided to play a parody of the song featuring one of the hosts and his daughter.

According to SBS, the controversy and petition in the lead up to his performance only made Macklemore more determined to perform, "I’m gonna go harder, I'm going to love” Macklemore said.

And go harder he did, together with Mary Lambert they gave a moving performance of ‘Same Love’ to an appreciative crowd. So moving in fact some of the crowd were moved to tears, including footballer Ian Roberts. According to the Sydney Morning Herald, Roberts came out as gay in 1995 and remains to this day to be the only Australian professional footballer to do so. It was Roberts who appealed to the NRL chief executive Todd Greenberg to publicly announce the League was in support of same-sex marriage, which they immediately did.

The appreciative crowd also held up their hands in the shape of love hearts as Macklemore ended the performance with an explosion of rainbow-coloured smoke and shouted out the words, “Equality for all!”

WHAT AN INCREDIBLE NIGHT TO BE A LGBTIQ PERSON IN AUSTRALIA! Thank you, Macklemore. Incredibly uplifting and empowering moment. #NRLGF

Performing Same Love at the #NRLGF was one of the greatest honors of my career. Thank you @NRL for the opportunity & supporting equality