5 Beautifully British Reactions to the Terror Attack on London 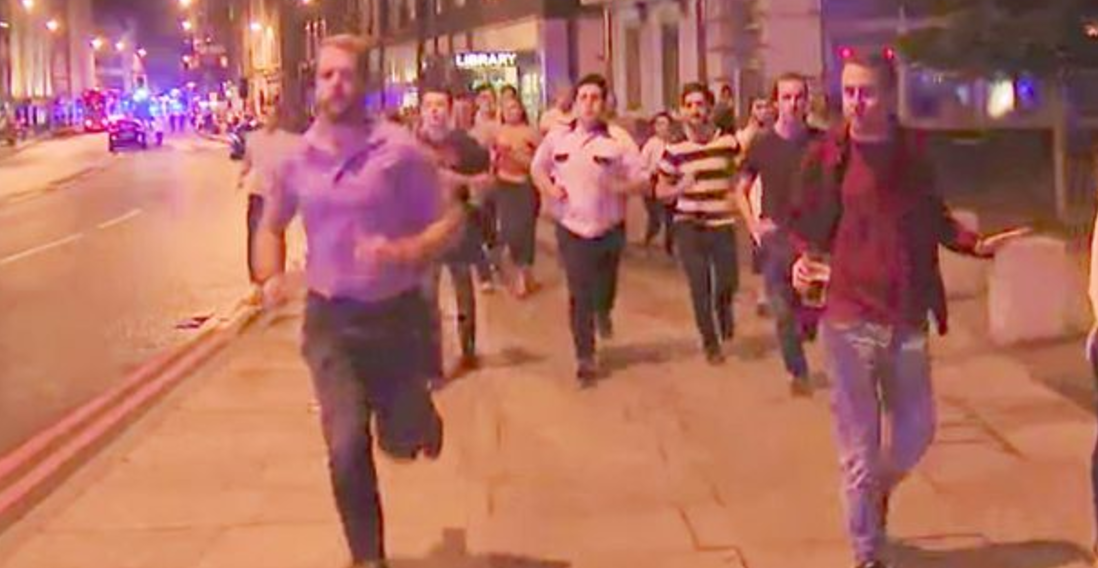 The London Bridge terror attack was yet another monstrous effort to undermine exactly what it means to be British. It struck right in the heart of a Saturday night — that gorgeous institution — to stop us doing what we do best: drinking, dancing, and defining freedom on our own terms.

Hugh Muir described it as “a war on joy”. If that is what it was, then it lost. Manchester is roaring with music once more. Westminster is alive with camera flashes and overpriced mugs. Britain persists with typical defiance — and a stubborn sense of humour.

Martyn Hett, a 29-year-old blogger and self-coined Coronation Street “superfan”, was amongst the dead at Manchester Arena. Larger than life and always striving to make the world laugh, he trended on Twitter in the days following the tragedy. In response to a tribute of Hett posted by Mariah Carey, his brother could only say this: “I was a little dubious about Martyn’s recent bold social media move. But it worked.”

It’s impossible to defeat that. Despite everything, Britishness prevailed — with every jot of beauty and boldness ferociously intact. These are the five moments that defined the aftermath of the tragedy in London — precisely because they define us too.

There are many things that push the British to the edge of sanity. If one might ever include a microwave, for example, at any stage of the traditional tea-making process — that's a danger zone. But to claim that terrorism can cripple us is simply incorrect.

This sort of hyped-up headline does the terrorists' job for them. UK isn't "reeling" @nytimespic.twitter.com/KKesMHHIFY

A New York Times report on the incident used to the word “reeling” to describe the British reaction. True to form, we didn’t take it lightly.

Toasters that aren't big enough to fit in the whole slice of toast. What is the point? #ThingsThatLeaveBritainReelingpic.twitter.com/qj8OsaI2B1

No @nytimes, this is what "reeling" looks like.
We'll start panicking when we've no milk for our tea. #ThingsThatLeaveBritainReelingpic.twitter.com/9U7KqtaC4l

#ThingsThatLeaveBritainReeling This iconic moment on Come Dine With Me shook the nation to it's core. pic.twitter.com/kG3sGNdU9H

Remember when Steve Emerson said that Birmingham was ruled by shariah law, and was a “no-go zone” for non-Muslims on Fox News? And subsequently, when Fox apologised for the “regrettable error”, based on “no credible information”? The tall tale has been given new lease of life by Zack Zales, whereby the only real no-go zone is the territory of fact.

In France and England there are neighborhoods that are "no go zones".. Even the police are scared to enter.

Of course, people were quick to educate and inform Zales on the local gripes of life in London.

-Kings cross station, just all of it, get rid of it
-Topshop on Oxford Circus
- Shoreditch https://t.co/KsYXLdh0Uq

Roll out the red carpet. Unfurl the cape, warm up the spandex, and start scripting the Hollywood franchise. If there was ever a man to put the "Great" before "Britain," it's this guy.

People fleeing #LondonBridge but the bloke on the right isn't spilling a drop. God Bless the Brits! pic.twitter.com/ceeaH0XxeX

The world watched in awe, but without ever really understanding his key motivation.

Richard Angell, 33, was out at dinner with friends when the terrorists struck just metres from their table. But far from being cowed, he returned to Borough Market the very next day. Now, he's famous — after an interview with BBC News went viral.

Brilliant & defiant interview from someone who was in a restaurant attacked last night here in London. The right response from a tough city. pic.twitter.com/iyZT8V63Vc

“If me having a gin and tonic with my friends, flirting with handsome men, hanging out with brilliant women is what offends these people so much, I’m going to do it more, not less,” Angell told the interviewer. “That’s what makes London so great. That’s what makes it the best city in the world.”

Even John Oliver, the British host of "Last Week Tonight," got involved. “I sincerely hope that guy is out on the town tonight, pounding down gin and tonics, and flirting with every man he sees,” Oliver said. “To you sir, I say this: Cheers!”

And so he did — by going back to the table that came so close to the tragedy, with friends and a few drinks. Richard Angell — don't stop flirting. The whole of Britain is behind you.

But, more than anything, the reaction to the third terror attack in three months was about stunning solidarity and stiff determination. Nothing can take down our way of life, nothing can stop us from being exactly who we are — we are British, free, and endeavor to stay that way. Keep calm and... you know what I mean.

Posters like this have popped up all over Clerkenwell #LondonAttackspic.twitter.com/6DC1lsRYXo