Rapper Lil Jon may be best known for his ‘crunk’ feature on Usher’s mid-2000s hit, “Yeah,” but in the past few months the star has shown his softer side.

In October, Jon traveled to eastern Ghana to cut the ribbon on a new elementary school in the community of Abomayaw, Variety reports.

He partnered with the nonprofit organization Pencils of Promise — which according to their website has built over 400 schools in Ghana, Guatemala, and Laos — to fund construction on the Abomayaw D.A. Kindergarten. The new school will bring an immediate education to 75 students in the area who previously attended classes in sheds, and Pencils of Promise estimates that the school will impact more than 600 students over the lifetime of the structure.

According to the article in Variety, he plans to work with the organization to fund another school — after taking a birthday pledge last year to build two schools in Ghana.

Take Action: 263 Million Children Need Help Getting In The Classroom

Global Citizen advocates for the Global Goals for Sustainable Development, which include goal number three: quality education. Around the world, an estimated 263 million students are out-of-school, according to UNESCO statistics. You can take action on this issue, and call on governments to provide funding for out-of-school kids, here.

Wearing a loose, white shirt and replacing his customary gold chain with a pair of beaded necklaces, Jon spoke of his experience working on the project in an interview posted on YouTube.

“It’s pretty crazy to go from last year, around the same time, talking about getting involved with Pencils of Promise to build a school and now we’re here in Ghana and the school is complete,” he said in the interview.

The rapper has been involved with Pencils of Promise since 2012, according to the New York Daily News, but this is his first completed project.

Aside from working with Pencils of Promise, his charity work also includes sizeable donations to the United Methodist Children’s Home Atlanta and the American Diabetes Association during his time as a guest star on the “Celebrity Apprentice.”

The new primary school in Ghana is located in the country’s southeastern Volta region — where the UN estimates one in three people live in poverty. Across the country, an estimated one in four school-aged children do not receive a primary school education, and just one in two go on to receive a secondary education. 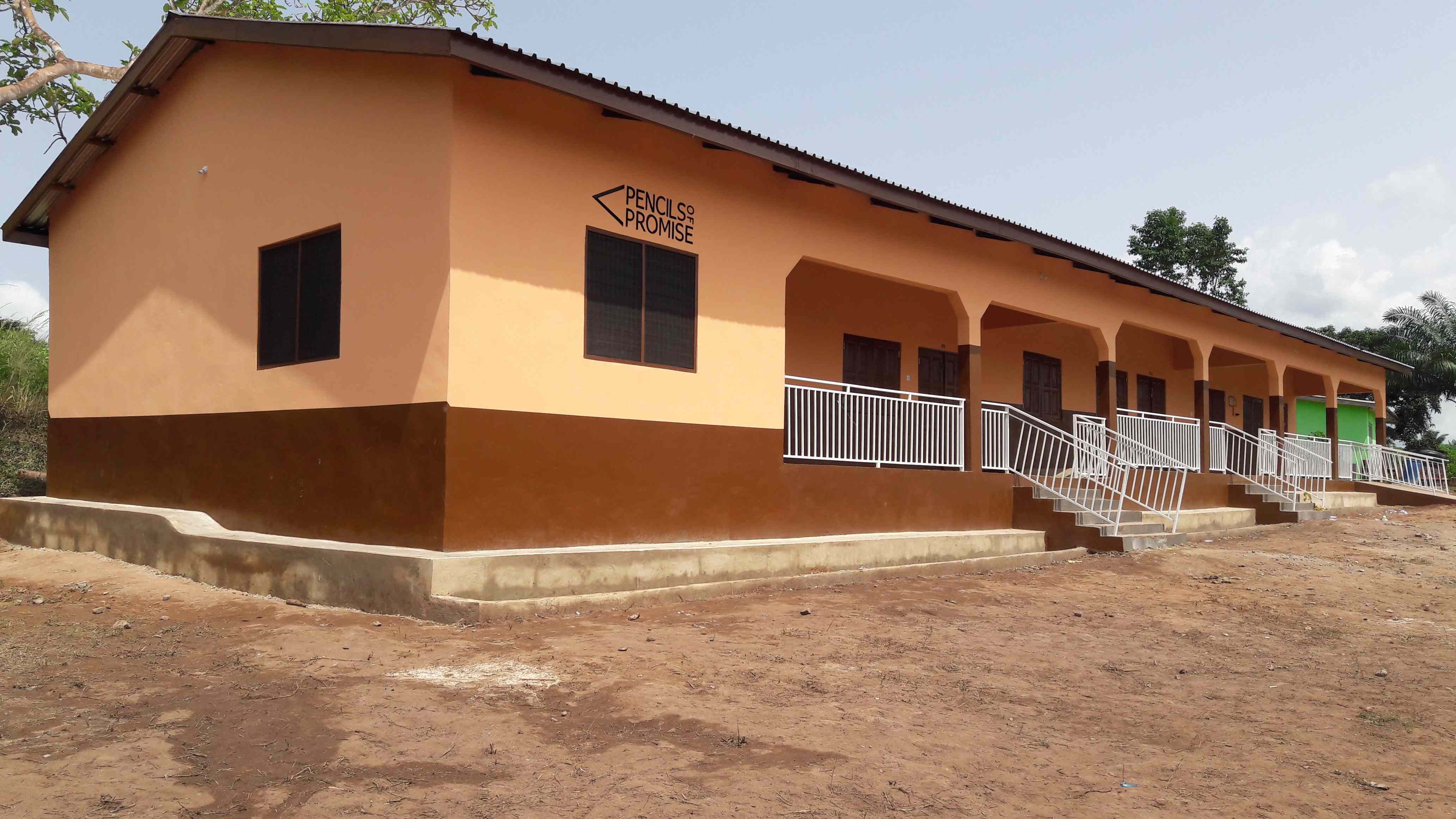 But now, hundreds of these students will have the chance to be “OKAYYY!”