LGBTQ laws around the world

Homosexuality is illegal in 73 countries. 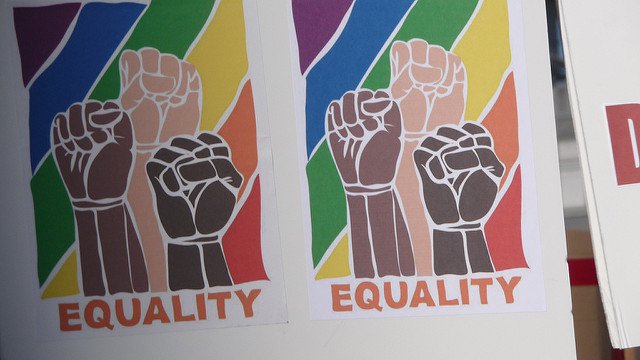 In the deadliest mass shooting to occur in the United States and the worst terror attack in USA since 9/11, 49 people were shot dead Sunday morning around 2 am at the gay nightclub Pulse in Orlando, Florida.

If there’s something we can learn from the Orlando shooting at Pulse nightclub, it’s that life for the LGBTQ community is far from easy.

In many parts of the world, life as a member of the LGBTQ community can be dangerous and even life-threatening. Punishments for homosexuality in different part of the world include being legally whipped, lashed, tortured, imprisoned, and even executed.

Here’s a look at how the LGBTQ community is treated across the world.

A short history of South Africa's struggle for LGBT equalityhttps://t.co/LjMVDK5X8fpic.twitter.com/hhMCQb9Kgk

In Egypt, same-sex unions and marriages are illegal. According to a 2013 report by the Pew Research Center, 95% of Egyptians believe homosexuality should not be accepted by society. The penalty for same-sex sexual activity is up to 17 years of imprisonment, with the possibility of hard labour, torture, and fines.

Same-sex unions are also outlawed in Libya, as are all forms of sexual activity outside of a lawful marriage. However, private homosexual acts between consenting adults are legal. Female homosexuality is illegal, and so is any public act of homosexuality, including acknowledging that a person is gay. The punishment for this can be a death sentence.

Sudan has also banned same-sex unions and homosexuaity, and on the third offense for men, they can be given the death penalty. (Sudanese women can be awarded the death penalty on their fourth offense.)

Gambia is another country where same-sex relationships have no legal recognition. In May 2008, Gambian President Yahya Jammeh gave homosexuals 24 hours to leave the country. The maximum penalty awarded for homosexulaity in Gambia is life imprisonment.

In Mauritania, Muslim men who have sex with men can be stoned to death, while women can face prison sentences.

In Nigeria, the penalty for homosexuality is up to 14 years in prison, but in some Nigerian states death penalties can be awarded to gay men while gay women can be whipped or imprisoned.

#Nigeria is hunting down its #LGBT people and anyone associated with them. https://t.co/h2UpWfk2Crpic.twitter.com/STxrByN3e6

In Antigua and Barbuda, same-sex sexual activity is penalised with up to 15 years in prison.

In Iran, all sexual relations that occur outside a traditional marriage are illegal by Shari’a law. A minor engaging in consensual sodomy can receive 74 lashes. Consenting male adults can face the death penalty. For consenting women, the punishment is 50 lashes, which can be awarded for a total of three offences; a fourth offence can result in a death sentence.

"I would die of grief if my daughter was going out with a girl" - Iran's LGBT struggles 📻 https://t.co/X0cfEmiYnrpic.twitter.com/1mgA8d4rW6

Yemen also follows Shari’a law, and punishments for homosexuality range from flogging to execution, even for homosexual acts between consenting adults.

The penalty for same-sex unions in Saudi Arabia range from several months in prison to a life sentence, whipping, flogging, fines, torture, and execution on the first conviction. A second conviction automatically results in execution. Unmarried men can be lashed 100 times with a maximum of one year of imprisonment, while married men can be stoned to death. Women can be punished with up to three years of imprisonment.

In Afghanistan, homosexuality is considered a serious crime, with a potential death penalty. However, no known cases of death sentences have been awarded since the end of Taliban rule in Afghanistan.

While homosexuality is illegal in India, Pakistan, and Bangladesh, all three countries officially recognise a third gender, apart from male and female.

Thousands march in South Korea’s biggest ever pride parade, under the slogan “Queer I Am” 🙌 https://t.co/0qNNl10Z11pic.twitter.com/JNHxrJvlNB

It’s evident that the world needs to work together to make every country a safe space for the LGBTQ community. As gays or as allies, as global citizens, it’s our responsibility to continue fighting antiquated laws and outdated notions, and, idealistic as it may sound, eventually be part of a world where everyone is equal.