Ahead of Olympics, Brazil grapples with anti-LGBT crimes

In some ways, Brazil is known for its tolerance: it has the lowest number of government restrictions on religion of the 25 most populous countries. It’s home to the world’s largest pride parade, located in São Paulo, and has been known to feature gay couples on telenovelas. 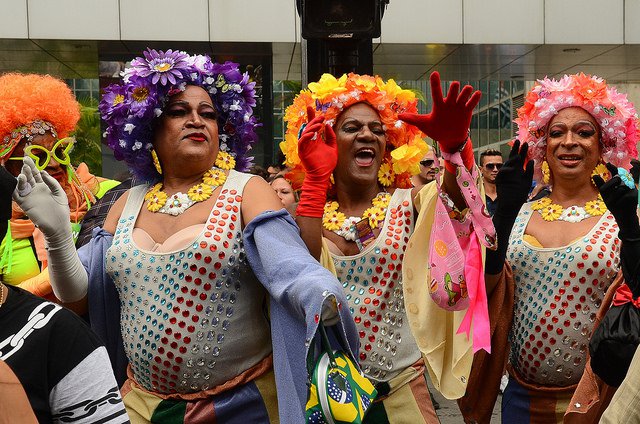 While Brazil’s laws are fairly progressive, the cultural attitude and behavior toward gays and lesbians aren’t quite so advanced.

“On the one hand, we are a pink country, celebrating sexual diversity and showing gay couples easily on our telenovelas,” Luiz Mott, the founder of Grupo Gay de Bahia, told the LA Times, “Then, there is another color, the red blood of victims.”

A recent report by Grupo Gay de Bahia, created by tracking deaths cited in the news, says that a gay or transgender person dies every day in Brazil.

As the Rio 2016 Olympics edge ever closer, athletes and tourists are fearful of violent attacks. The anti-LGBT violence is reminiscent of the controversy surrounding the Winter Olympics in 2014, located in Sochi, Russia, where laws make homosexuality illegal. Many heads of state and athletes boycotted the Sochi Olympics in protest.

While Brazil has effectively legalized same-sex marriage, the violence against LGBT Brazilians is going largely uncurbed. Many victims describe the police’s unwillingness to categorize the violence as a hate crime.

And police made gay man Antonio Kvalo “feel like a criminal,” he told the the New York Times, of his experiences of violent discrimination. A web designer, Kvalo decided to take that frustration and turn it into something useful. He created a website, called Tem Local, that allows Brazilians to geo-track incidences of violence and discrimination.

Kvalo believes that as a society is more connected, it gains more power, and his site aims to advance that ideal. As users compile a database of attacks, it will be more evident that there is an anti-LGBT crime problem in Brazil, and perhaps more action will be taken to prevent them. This website is a leader in efforts to keep LGBT citizens safe in Brazil. 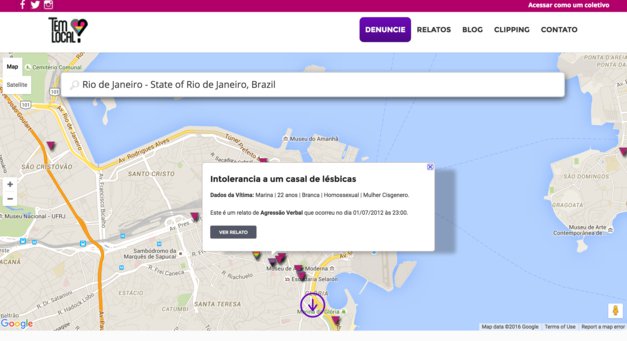 The threat of violence is worst for transgender Brazilians, who are still not truly accepted by society. Some think that the violence is a reaction by evangelical Christians and other conservatives who feel their beliefs are threatened by the inclusive laws.

There are many places in the world where homosexuality is criminalized, so Brazilian judicial acceptance is an excellent sign of changing times. However, while the laws are necessary steps forward for Brazilian, the crime rates against gays show that society still isn’t accepting of them. Grupo Gay de Bahia reported in 2013 that 44% of the world’s anti-LGBT violence occurs in Brazil, a staggering statistic.

The government has made efforts, such as convening the first National Conference for Lesbians, Gay Men, Bisexuals, Transvestites and Transsexuals, as well as giving transgender citizens the right to legally change their gender. However, there are few efforts being made to curb the violence past Tem Local. This is, in part, due to the percentage of acts of brutality committed by police officers.

The Brazilian LGBT community needs a voice and a platform where they can report attacks in order to move toward a safer existence, and Tem Local provides the community with just that tool.

These citizens deserve to live without constant threat of violent attacks or even murder, and with a united voice their struggle will be more easily heard.