Men and women, particularly those aged 18-25, fall victim to traffickers every year. 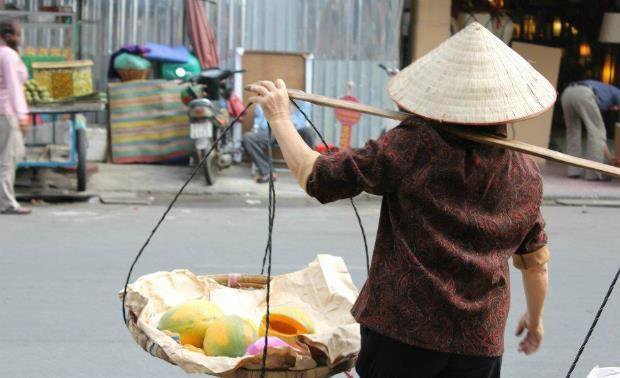 You meet a guy one night at a bar and you two really hit it off. You go on a couple of dates and things are going smoothly. He’s super cute, interesting, funny and cares a lot about you. You’re basically on cloud nine. A month or two go by before he invites you on an all-expense paid weekend trip to another city. Umm…obviously your answer is yes! Do you even have to think about it? Your only concern is what shoes you’re going to wear with that new dress you just bought.

This one’s for the guys.

You’re working a 9-5 job but you’re basically living paycheck to paycheck. You hardly have enough money to get by, let alone to enjoy yourself on the weekend. One day after work you meet someone who offers you a new job with double the pay. The tasks are pretty much the same so you’re already qualified. The person seems pretty legit, and you hate your current position, so you decide to accept the offer.

These two scenarios have nothing in common, right? Wrong. They both end in slavery.

In studying the topic of human trafficking for my senior thesis, I’ve been shocked to learn how easy it is for innocent people to become victims of this crime. When most people think of human trafficking they often picture Eastern European women being forced to work in the sex trade. While this is certainly a reality, there are many other forms of trafficking and Europe is not the only region where this occurs. Men and women, particularly those aged 18 – 25, in all countries of the world, fall victim to traffickers every year.

You might be wondering how this can happen. Well, traffickers invest time into capturing their victims as was illustrated in the above scenarios. It is not uncommon for a trafficker to befriend a woman, form a relationship with her, and then suggest they go on a “shopping trip” in a far away city or country, only to sell her into the sex trade or domestic servitude once she is far from her family and friends.

The same goes for men, particularly those working in factories or low-paying jobs. Traffickers will approach them after work at the factory gates and give them a job offer they can’t refuse. Desperate for money, both men and women will accept these offers at face value. Only once they have signed false contracts do they realize what they have gotten themselves into.

What can be done to solve this problem? Here are some of the best efforts to end human trafficking that I came across on my latest research trip to Vietnam.

Prevention flat out, is a good-and pretty obvious- place to start. I traveled to Vietnam over my winter break from university, to learn about what methods are being employed to curtail human trafficking. Vietnam’s levels are relatively high due to its proximity to China, Cambodia and Thailand where people are often smuggled across borders.

Sex ed is one of the key methods to prevent sex trafficking. If you went to school in America, like me, you probably remember the embarrassment you felt in middle school, sitting on the gym floor listening to your 60-year old teacher talk to you about STDs and much, much more that you really didn’t want to know.

At the time we didn’t realize it, but we were actually learning some pretty valuable information.

Well, kids in Vietnam don’t have this same opportunity. Sex ed is not a part of the national public school curriculum. Organizations like Alliance Anti-Trafic run sex ed programs in provinces where trafficking is a major threat. They teach middle school-aged students about sexual health, since understanding sex is a prerequisite for understanding sexual abuse. These programs have been successful in lowering the numbers of trafficked children in the region and so they’re trying to make this a part of the national curriculum to save more lives.

Providing scholarships to disadvantaged at-risk girls is another highly successful anti-trafficking method. Organizations such as the Pacific Links Foundation provide scholarships to at-risk girls in order to keep them in school. This lowers their chances of being trafficked because they are occupied, and it increases their critical thinking skills. This means they are more likely to say no if a trafficker tries to coerce them into a dangerous situation.

Pacific Links also provides each girl with 1kg of rice per month to increase her economic value in the home. Parents of these children, who are often very poor, are more likely to keep their daughters in school if they provide food for the family on a regular basis.

To prevent cases of labor trafficking, Pacific Links also conducts a factory awareness program. They teach factory workers and managers about the dangers of trafficking.

The best part about this program is that they test the workers’ newfound knowledge of trafficking through a series of games. The winner of each game gets a prize, such as clothing, food or something they otherwise could not afford to buy, and all participants are entered into a raffle where they have the chance to win a bike. The workers get super excited about this program and are therefore passionate about learning the information.

This program has been highly successful in reducing cases of trafficking in at-risk communities. What’s more, companies that source from these factories have been willing to subsidize these programs in order to ensure a socially responsible supply chain.

While human trafficking is an extremely hard crime to trace and identify, methods of prevention combined with education can help to protect thousands of at-risk people from falling victim to this human rights abuse.

Human trafficking impacts both men and women, old and young, but young women and girls are the main demographic targeted by traffickers. Take action to protect young women around the world by going to http://showyourselfie.org/ and upload your selfie to join the visual peititon to promote youth, because every young person should live in a world free of human trafficking.