Leo to the Rescue! DiCaprio Presents Trump With Plans for Green Jobs

Climate change activists are not backing down. 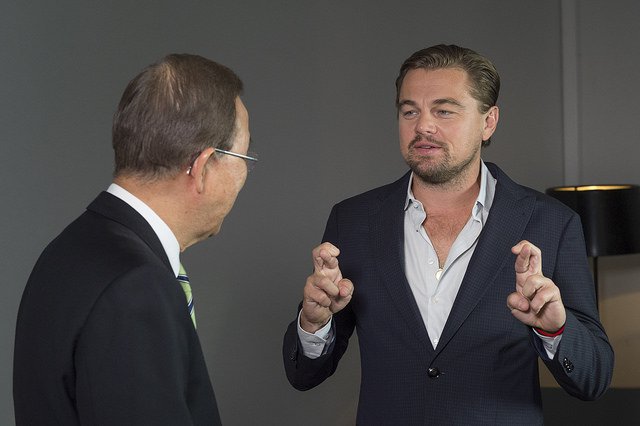 Leonardo DiCaprio proved once again he is climate change hero.

President-elect Donald Trump and his team have boasted that they will  boost the economy by making American jobs a top priority through investing in coal and stripping down environmental regulations, leaving many environmentalists seriously concerned for the future health of the planet.

What’s more, Trump announced Wednesday he was appointing Scott Pruitt, known to work closely with the fossil fuel industry and to deny the existence of climate change, to head up the EPA.

But DiCaprio, who’s made a second career for himself as a protector of the planet,  may have found the perfect angle to pitch Trump on investing in environmental protection: Green jobs.

Read More: Google Promises to Get All Its Energy From Renewables Next Year

The environmental activist and Terry Tamminen, CEO of the Leonardo DiCaprio Foundation, met with President-elect Donald Trump at Trump Tower Wednesday. They presented him, his daughter Ivanka, and members of Trump’s team with a proposal on investing in clean energy and the return for the U.S. economy.

"Today, we presented the President-elect and his advisers with a framework — which LDF developed in consultation with leading voices in the fields of economics and environmentalism — that details how to unleash a major economic revival across the United States that is centered on investments in sustainable infrastructure," Tamminen said.

DiCaprio presented Trump with a copy of his climate change documentary “Before the Flood,” and Trump promised to watch the film.

"We look forward to continuing the conversation with the incoming administration as we work to stop the dangerous march of climate change, while putting millions of people to work at the same time," said Tamminen.

DiCaprio is not the first activist to elicit a meeting on climate change with Trump.

Earlier this week, Ivanka Trump invited Al Gore to meet with Donald Trump and we can only guess they chatted climate change. Gore left the meeting saying he hopes to continue conversations in the future, too.

It’s too early to note if Trump will act on DiCaprio and Gore’s advice, but both meetings provide proof Trump is open to listening to climate change activists. And if listening and learning is the first step to change, there is hope for the environment yet.

Now, let’s hope Leo can get the ear of Pruitt as he makes his plans for the EPA.