Leonardo DiCaprio Just Got Mexico to Save the Endangered Vaquita Porpoise

Leo has done it again. 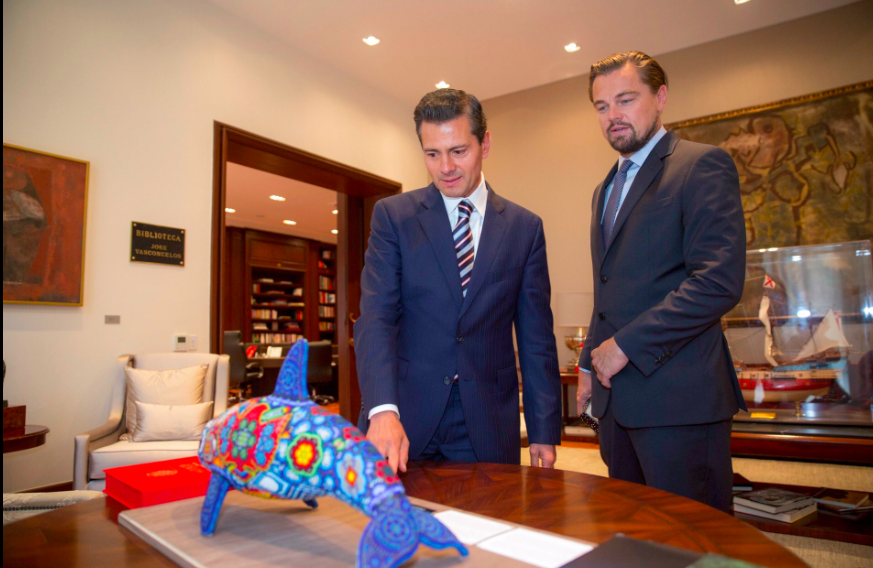 After a public campaign to lobby the government, and a series of meetings with the president and other figures such as Mexican billionaire Carlos Slim, DiCaprio was able to secure escalated commitments to save the rapidly dwindling population of vaquitas.

Fewer than 30 vaquitas exist today in Mexico’s Gulf of California today, down from more than 600 as of 20 years ago.

“Now more than ever, the world is looking for bold leadership at every level to tackle climate change and environmental conservation issues,” DiCaprio said in a statement. “I am honored to work with President Peña Nieto, who has been a leader in ecosystem conservation, to ensure the future viability of marine life in the Gulf.

“Mexico understands its responsibility as one of the countries with greatest biodiversity,” said President Peña Nieto in a statement. “That is why we have implemented an historic effort to avoid the extinction of a unique species in the world and also to protect important ecosystems such as the Revillagigedo World Heritage Site.

Read More: There Are 30 Vaquita Porpoises Left in the World, And Leonardo DiCaprio Wants to Save Them All

The new, expanded provisions aim to fundamentally change how fishing and transportation happen in the region.

The biggest win is a permanent ban on gillnets in the upper Gulf of California, where vaquitas are found.

These large, vertical nets are the No. 1 killer of the creatures. Often abandoned by vessels, the “walls of death” loom in the waters where they entangle vaquitas and cause them to drown.

The Mexican government will deploy its Navy and aerial drones to monitor the seas and enforce the ban.

Nighttime fishing in the region will also now be banned, and harsher punishments for illegal fishing and poaching will be enacted.

There will be limited entry and exit points in the region to control how many boats are around and to eliminate illegal vessels.

Finally, the government will work with local communities to promote sustainable fishing practices.

DiCaprio celebrated this achievement during World Oceans Day by making a video announcement at the UN’s Ocean Conference.

In the video, he warned the audience that the oceans were on the brink of collapse.

“We can no longer afford to have 60% of our oceans open to limitless fishing, mining, and drilling,” he said and went on to describe the various threats confronting the world’s oceans — overfishing, plastic pollution, acidification, temperature rise, to name a few.

He described a trip he had made to Australia’s coral reef for his documentary “Before the Flood” as a harrowing, eye-opening experience. In 2016, two-thirds of a 430-mile stretch of the reef died off from rising temperatures.

“What I saw took my breath away,” he said in the video. “Not a fish in sight…an absolute graveyard.”

Read More: The Other Reasons Leonardo DiCaprio Deserves an Award

The rest of the ocean is poised to decline in a similarly dramatic fashion, he said.

But DiCaprio pointed to the increase of marine protected areas as a sign of progress. In Hawaii, President Obama created the largest protected marine area in the world, the Pacific island of Palau’s government aims to protect 80% of its territorial waters, and Ecuador established a massive sanctuary to protect sharks.

He said that his work with President Nieto of Mexico is further proof that leaders are ready to work toward solutions if pressure is applied.

“If we do not take action quickly, see stand to lose critical marine ecosystems and species everywhere,” he said.

“So on this day, ask yourself what actions can I take, what bold commitments can I make to protect our blue planet before it is absolutely too late.”