“It is the most urgent threat facing our entire species.” 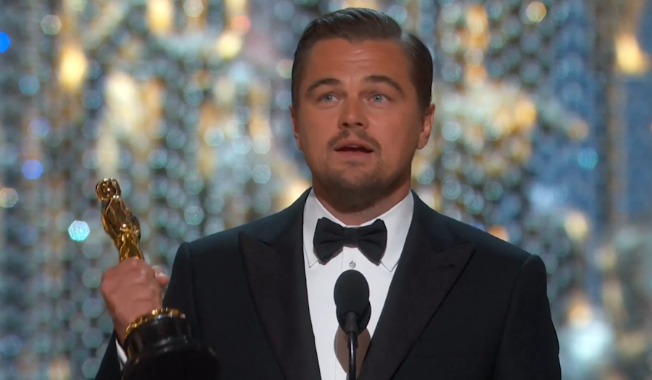 Leonardo DiCaprio scooped up an Academy Award for Best Actor at this year’s Academy Awards for his groundbreaking portrayal of human endurance inThe Revenant.

Despite receiving five Oscar nominations as an actor, this is the first time DiCaprio has won an Academy Award. Despite the long (and often memed) wait for a win, the actor and activist used the moment to put climate change in the spotlight.

“Making The Revenant was about man’s relationship to the natural world, a world that we collectively felt as the hottest year in recorded history,” he said.

“Climate change is real. It is happening right now, it is the most urgent threat facing our entire species and we need to work collectively together and stop procrastinating,” he continued, his passion and emotion clearly visible.

Critical of the interests of “the big polluters” and “the big corporations of the world,” he urged the audience to defend the rights of “indigenous people… and the billions and billions of underprivileged people who will be most affected by [climate change].”

Leo's words point to our collective responsibility as global citizens, to support marginalised people around the world - those who will reap the worst effects of environmental degradation and “the politics of greed” through no fault of their own. DiCaprio closed his speech with a reminder that resonates beyond his personal victory: