“I’m proud of my body and you should be proud of yours too.” 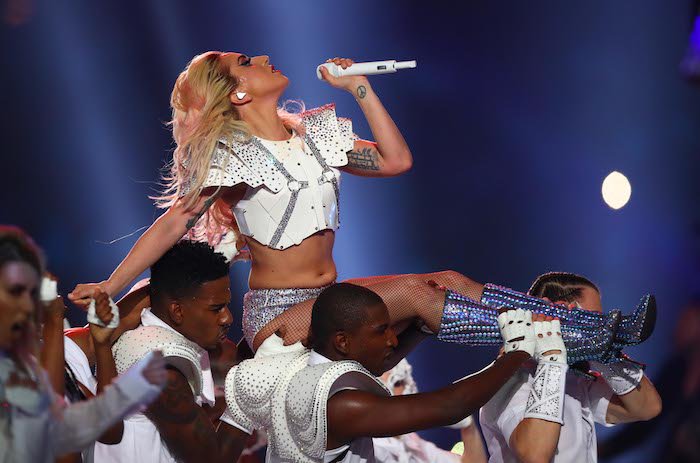 In case anyone out there was not aware of Lady Gaga’s central message to the world — be yourself and be proud of it — she took to Instagram last night to tell them once more.

“I’m proud of my body and you should be proud of yours too,” wrote the singer-songwriter. “I could give you a million reasons why you don’t need to cater to anyone or anything to succeed. Be you, and be relentlessly you. That’s the stuff of champions.”

I heard my body is a topic of conversation so I wanted to say, I'm proud of my body and you should be proud of yours too. No matter who you are or what you do. I could give you a million reasons why you don't need to cater to anyone or anything to succeed. Be you, and be relentlessly you. That's the stuff of champions. thank you so much everyone for supporting me. I love you guys. Xoxo, gaga

Lady Gaga’s performance was almost uniformly praised by critics, who called it “show-stopping” and a “12-minute, stunt-laden, firework-decked, tightly-choreographed spectacular” that potentially “saved her career.”

And yet, some social media critics felt that despite her singing and dancing talent, her entertainment prowess, and her all-around positive message, Gaga’s body just wasn’t up to television standards.

“Trendsetter Lady Gaga sets trend of women walking around with ‘over the belts’ pot belly,” one user said, according to The Daily Beast.

“I just feel like #Gaga’ dough should’ve been tucked in better,” said another.

Lady Gaga needs to work on her abs, all i can look at is her belly flop around 😂

Tried to enjoy @ladygaga's performance, was distracted by the flab on her stomach swinging around #SuperBowl

The 30-year-old musical star has talked openly in the past about struggling with her own body image, including bouts with bulimia and anorexia, so the body-shaming felt extra cruel in light of her musical achievement.

But Gaga didn’t stoop to nasty social media exchanges in her response, she merely told her fans to be proud of their bodies no matter what.