Killer Mike's advice on how young people can fight injustice

Rapper from Run the Jewels wants young Americans to be a positive change, in the country. 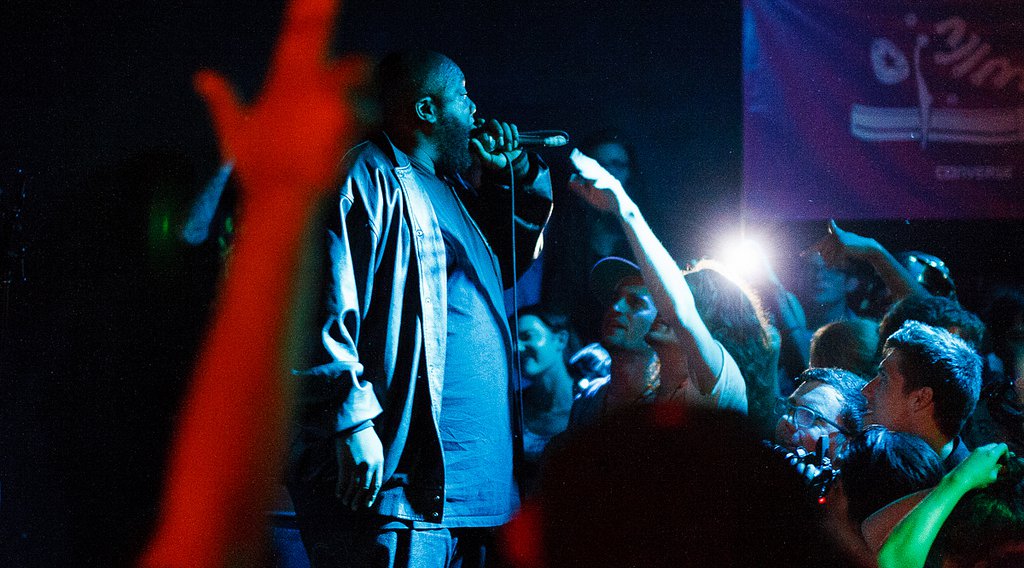 Over the past year, Killer Mike has garnered widespread praise as part of the rap group Run the Jewels. But it is his politically charged lyrics and activism that have kept up his profile in the year since the group released its second album. This is reflected by his recent invitation to appear on the Late Show With Stephen Colbert as a guest, not a performer. The more than six minute conversation centered on the issue of race in the US. For Killer Mike, the current moment is similar to what has been seen over the past half century.

"If white people are just now discovering that it's bad for black or working class people in America, they're a lot more blind than I thought. They're a lot more choosing to be ignorant than I thought," the rapper told Colbert. "The same problems that we're discussing today, we discussed in 1990, 1980, 1970 and 1960. And until we call a spade a spade and we say that this problem is coming from conditions that we're creating or allowing to happen, as a white group of people who hold a certain amount of power…"

Colbert jumped in before Killer Mike could finish. He went on to agree that the marginalization of groups in the US is a systemic problem. That feeling is reflected in his lyrics. The song Early tells the story of a black man harassed by police and arrested in front of his family. Killer Mike starts the song rapping:

Like every day I’m in a fight for my soul

Could it be that my medicine’s the evidence

For pigs to stop and frisk me when they rollin' round on patrol?

That tension is also seen in the video for the song Close Your Eyes. The entire video is a prolonged struggle between a white police officer and a black young man. It starts in the middle of the physical struggle. The two battle and end up sitting facing away from each other on the same bed, exhausted by the ordeal. No cause for the incident is given, nor is there a resolution. It serves as a powerful visual for an ongoing struggle in American society.

The conversation between Killer Mike and Colbert ends with some advice on what people can do, particularly young people, to help deal with the divides that exist in American society. Killer Mike says that there is something to do, but it cannot be about making ourselves feel better. It may not be the solution to all the problems in this country, but it is an important idea to consider.

"Get ouside the college environment. Find a child who is marginal or doing exceptional in school. Who is a minority. Who doesn't look like you. Not of the same religion, not of the same background. Help that child matriculate into college. Help them by being a big brother or big sister. Help them by mentoring them," he advises.

"Don't give them gifts, don't make yourself feel good...Teach them the path you were taught to become a successful human being. What you're going to get out of that experience is another human being that's taking full advantage of an educational system that can help them help their community. But more than that, it grows you as a human being to have empathy not apathy for someone who doesn't look like you, is culturally not from your background."