If you’re set on using a single-serve coffee machine, get a reusable pod. 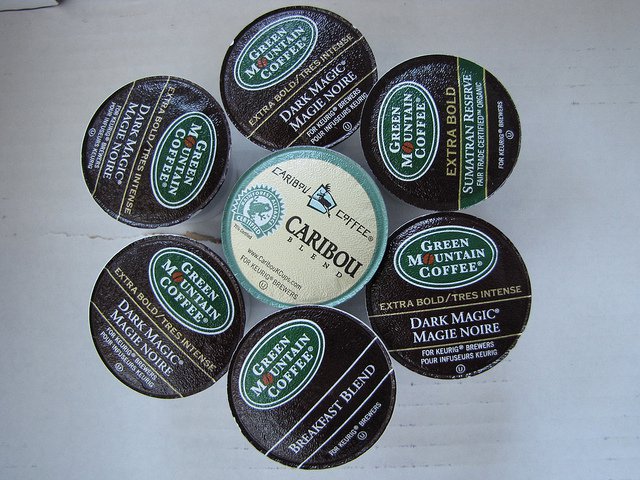 After years of being criticized for making non-recyclable pods, Keurig is finally phasing in a recyclable version. This is a step in the right direction, but it doesn’t address the underlying problem: small plastic pods of coffee are unnecessary, not that much more convenient and environmentally harmful no matter how you look at it.

Keurig does have a reusable metal pod that is actually eco-friendly, but most customers prefer the plastic version that they can just pop in the slot and toss in the trash with no mess.

In 2015, Keurig sold 9 billion of these plastic pods. None of them could be recycled. That’s 9 billion pods that entered the waste stream, ending up in landfills and elsewhere, polluting the environment. If you lined them up side-by-side, you’d circle Earth 10 times.

Keurig was founded in 1996. It has sold tens of billions of pods since, but sales have accelerated in recent years as the appeal of this single serve form of coffee spread.

For the past 10 years, Keurig has been actively trying to design a recyclable pod, but challenges kept cropping up.

The pod had to have various properties: it had to withstand hot temperatures without melting or leeching toxins; be durable without being too rigid; have the same dimensions of all previous models so it could work with existing machines.

Most importantly, it had to be easily recyclable. For the longest time, recyclable materials just weren’t compliant.

But finally the company arrived at a working model--they’ll be rolled out this year, though they won’t be the primary model until 2020. The recyclable pods are made of a polypropylene body and an aluminum top, which has to be peeled off before being recycled.

The new plastic used can be easily shredded and repurposed, but recycling rates depend on customers taking the effort to properly recycle the pods and then recycling centers effectively handling them.

Many customers are not regular recyclers and many recycling centers may struggle to collect the pods. So many of the little plastic shells will still end up in the regular waste stream.

This is compounded by all the energy that is consumed to make the pods in the first place, and then the additional energy to recycle them.

Making the pods is a “terribly environmentally-intensive” process involving fossil fuels, materials, chemicals and water. The pods then have to be shipped around and stored and then recycling involves transportation and reconstruction.

If you’re set on using a single-serve coffee machine, get a reusable pod. It won’t add that much time and effort to the process and the environment will appreciate it.

You can further reduce your eco-footprint by making coffee the old fashioned way--with a drip machine or a French press or some other less wasteful process.

It’ll take an extra minute or two, but you can spend this time thinking about all the animals that won't accidentally ingest plastic and all the fields that won't be smothered by garbage.