Unable to meet high legal fees, hundreds of women in Kenya are becoming their own advocates.

NAIROBI, July 30 (Thomson Reuters Foundation) — Standing before a judge in a courtroom can be daunting for anyone — let alone someone with zero legal know-how who is representing themselves against a more powerful adversary.

But that is exactly what 44-year-old Kenyan Yvonne did after her businessman husband left her for another woman. For years he ignored her pleas for a divorce, leaving her with little option but to become her own lawyer and take him to court.

Take Action: Urge Leaders to Step Up For Women's Rights and Health

"I had never been in a court in my life and didn't know any of that legal jargon. I didn't even know whether you say 'Your Lordship or Your Honour'," laughed Yvonne, who makes a living doing voiceovers.

"It was very intimidating to speak to the judge in front of so many people. But with each court session, my confidence grew and it was just unbelievable when the verdict came."

Within six months, the judge at the family court in Kenya's capital Nairobi granted Yvonne's divorce — setting her free to finally move on with her life in November last year.

Unable to meet high legal fees and wary of dodgy lawyers, hundreds of women in Kenya are becoming their own advocates, taking to the courts to fight their estranged husbands for divorce, child custody and maintenance — and winning.

The initiative, run by the Federation of Women Lawyers in Kenya (FIDA), equips women with legal information and useful advice on how to represent themselves in court.

Over 700 women have filed petitions in court and acted as their own lawyers over the last eight years — with 86% of them achieving a successful verdict, according to FIDA.

"We assess the client's ability in terms of how they talk and express themselves. If their ability is not to the standard, then we assign a pro bono lawyer," said Jeremy Mutika from FIDA's Access to Justice programme.

"Many clients have also had very bad experiences in their marriages, and so we have to ensure those who represent themselves are able to control their emotions, and speak to the judge with a sober mind. This is essential."

These Kenyan women are becoming their own lawyers so they can fight divorce and child custody cases - and they're winning.

Kenya's economy has grown on average by 5% annually over the last decade, but the benefits have not been equally shared, and women and girls in the East African nation face discrimination and disadvantage.

One in five women in Kenya are married before 18, and almost 40% of girls and women have been beaten or sexually assaulted by their partners or husbands, says UN Women.

Women own only 1% of agricultural land, despite contributing 80% of the country's farm labor, according to Kenya National Bureau of Statistics (KNBS).

Over 30% of Kenyan households are headed by females, yet they are poorer than households where the male is the breadwinner, adds KNBS.

Their right to land and assets, which is largely through inheritance and matrimonial property, is often denied by family members or ex-partners — hampering their chances to improve their lives and that of their children.

But campaigners say few women are able to fight against such injustices.

Many are unaware of their rights and do not know how or where to find legal help, while others cannot afford the hundreds of dollars to hire a lawyer to fight their cases.

Read More: These Empowered Women Are Cutting FGM Out of Kenyan Life

Conservative cultural norms can also prevent women from speaking out in the largely Christian nation. Family disputes are often not publicly discussed, and divorced or separated women can be shunned.

"Women especially find it difficult to know what to do when they have legal problem — so if there is someone to train and guide them through the process, this will create a level of confidence for them to believe they pursue justice." 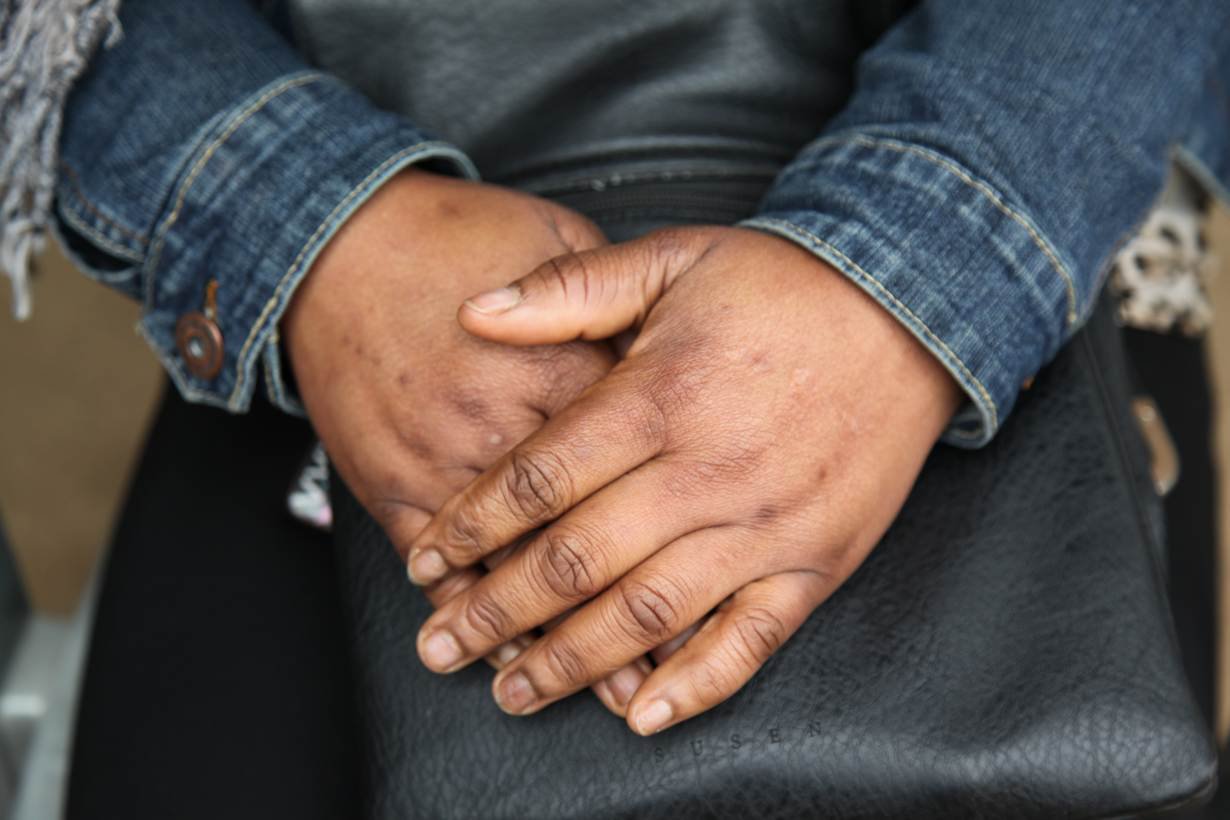 Kate, 34, sits outside the offices of the Federation of Women Lawyers in Kenya (FIDA) in Nairobi on July 13, 2018. Thomson Reuters Foundation/Nita Bhalla

FIDA's self representation training focuses on straightforward civil cases such as divorce, custody and child maintenance, which lawyers say can be handled by selected clients with some support and training.

The legal aid charity teaches the women everything from what the law is and how the courts function to the basic legal terminology they need to know.

They are also given practical tips such as what time to arrive at court, where to sit and what to wear, how to respond to the judge, and where to file their petitions.

FIDA lawyers help the women prepare their court documents and meet them after each hearing to instruct them further.

While some cases are simple and can be completed in months, others take longer — particularly if other party is resistant.

French tutor Kate has been battling for two years to get maintenance for her two children, which her former husband has failed to pay despite a court order.

Representing herself in court, she has consistently demanded action from the judge — and earlier this month a warrant for the arrest for her husband was issued.

"I remember I was shaking the first time I went to the court, but it's so encouraging when you see the judge is listening to you and actions are being taken based on what you have said," said Kate, 34.

"But you need strength and determination. At the end of the day, it's about my rights and the rights of my children and that's what keeps me fighting."