It’s a small piece of solace. 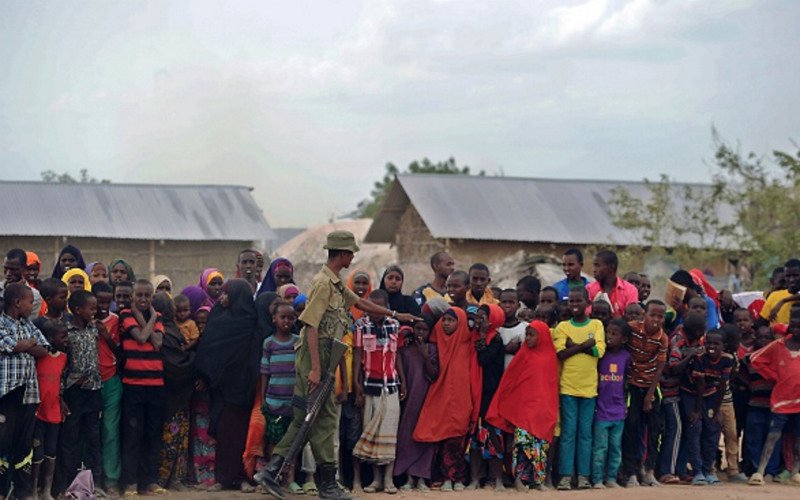 After saying that the Dadaab refugee camp must close by November 30, the Kenyan government reversed its position in response to international pressure.

Dadaab is the largest refugee camp in the world, hosting around half a million refugees mostly from Somalia.

Closing it would mean sending hundreds of thousands of Somalis back to an extremely dangerous, unstable country. The UN and a group of countries protested the move, claiming that the decision would endanger the lives of the camp’s inhabitants and just add to the refugee crisis currently roiling the world.

The Kenyan government wanted to close the camp because of security concerns. They believed that the terrorist group Al-Shabaab, which is based in Somalia, was infiltrating the camp. Also, the government said the costs associated with the camp were too high and drained funds that could otherwise go elsewhere.

Both of these criticisms are countered by aid groups.

“The thing is that not a single terrorist in those attacks was a resident of Dadaab,” said NPR reporter Gregory Warner. “In fact, you could make a strong argument that closing the camp is worse for Kenyan security if you send all these people without livelihoods to Somalia to be recruited by terrorist groups

Funding for the camp, meanwhile, comes primarily from the UN and aid groups.

The Dadaab refugee camp is, by almost all measures, a dismal place to be. Housing is shabby and minimal, food and water are scarce, infectious diseases spread rapidly, violence is routine, legal work and educational opportunities are nonexistent, and an atmosphere of hopelessness prevails.

The camp’s inhabitants have essentially no path to citizenship in Kenya and cannot return to their hostile homeland. So they’re stuck in a limbo, subsisting on the stop-and-start funding of NGOs.

As the Guardian wrote, “Dadaab means ‘the rocky, hard place’, an apt description for its residents fleeing civil war and religious extremists, only to find themselves caught and often crushed in a lawless community.”

Earlier in the year, Kenya dedicated resources to verifying the status of the camp’s inhabitants. Closing the camp and returning the refugees to Somalia was the next phase of the plan.

The decision to keep the camp open is good for the refugees, but does not come close to solving their plight.

"We are grateful that this position has been (softened) and we also hope that Somalia will one day see a sustainable peace but until then Kenya should continue to be a place of sanctuary for refugees in the country and the international community should continue to support them in doing so," Angela Wells, Eastern Africa communications officer at Jesuit Refugee Service (JRS), told IBTimes UK.