This Weather App Helps Kenyan Herders Save Livestock — and Their Livelihoods

MERILLE, Kenya, Feb 16 (Thomson Reuters Foundation) — Sitting under a low tree to escape the blazing Kenyan sun, Kaltuma Milkalkona and two young men hunch intently over the older woman's smartphone — but they are not transfixed by the latest sports scores or a trending internet meme.

The men instead are looking at a weather alert for their village in the country's north, sent through an app that uses weather station data to help pastoralists prepare for drought.

The myAnga app on Milkalkona's phone showed that Merille would continue facing dry weather and that "pasture conditions [were] expected to be very poor with no grass and browse availability."

One of the young men said he would warn his older brother, who had taken the family's livestock to another area where there was water and pasture, not to come home yet.

Milkalkona, 42, who lives and sells clothing in the neighboring town of Laisamis, said she often shared data from her phone with others who did not have smartphones.

"When I get the weather alerts, I usually show the people who are close to me," she said, as well as calling others in more distant villages.

Extreme and erratic weather linked to a warming climate can be devastating for Kenya's pastoralists, with prolonged droughts making it difficult to find enough pasture for their animals.

But armed with up-to-date weather information and advice, herders can plan ahead to ensure their livestock make it through the region's frequent dry spells, said Frankline Agolla, co-founder of Amfratech, a Nairobi-based social enterprise that developed the myAnga app.

The app — its name means "My Weather" — goes further than the weather reports anyone can get from the meteorological department by interpreting them and making recommendations to herders on the best way to protect their livelihoods.

"If there is an imminent drought, we advise them to sell their livestock early to reduce their losses," said Agolla in an interview with the Thomson Reuters Foundation.

"If a rainy season is coming, we tell them to ensure they do not cross rivers that are flooded and also to vaccinate their animals because diseases like Rift Valley Fever might be coming," he said.

More than 500 herders in Marsabit and Isiolo counties have enlisted with the free service since it launched in 2018, and about 2,000 more benefit indirectly through shared weather information within communities, Agolla said.

The app is part of Amfratech's Climate Livestock and Markets (CLIMARK) project, which the company aims to roll out to more than 300,000 pastoralists in Kenya over the next five years, with funding and other help from partners including the Technical Center for Agricultural and Rural Cooperation and the Kenya Livestock Marketing Council. The app sends out weekly weather information in English, Swahili, and other languages used in northern Kenya, and users can see forecasts for areas as small as a single village, Agolla said. 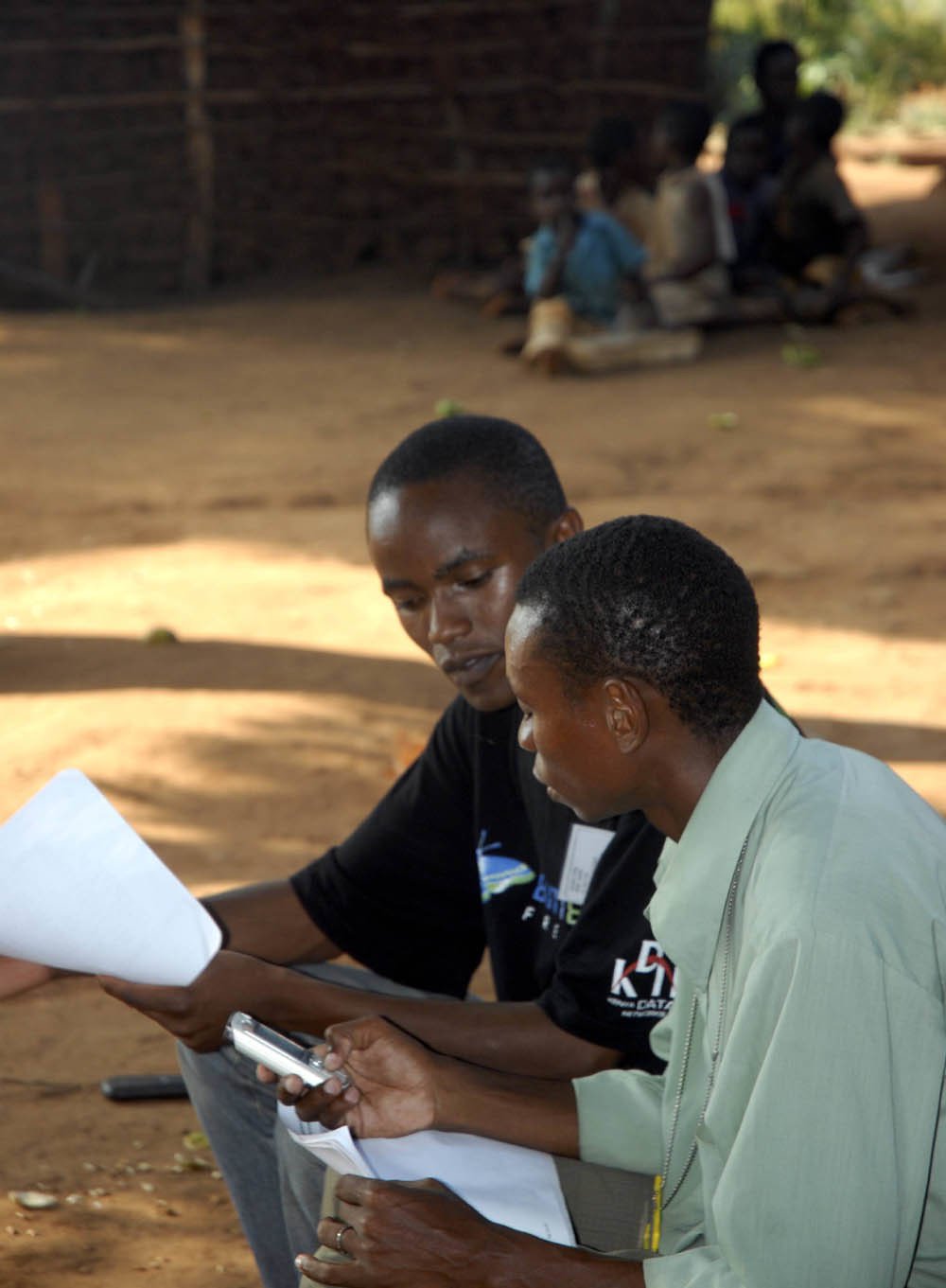 Herders without smartphones can subscribe to a toll-free number and have weekly weather alerts sent to them by text message, he added.

Milkalkona said the app has helped women prepare their families for looming drought by, for instance, allowing them to stock up in advance on food. Now when a dry spell hits, mothers in her community no longer have to walk long distances with their children to where the herds are grazing to get goat milk, she said.

The information myAnga sends out is sourced from weather data company aWhere, which uses data from global meteorological stations and satellites to generate a grid of virtual weather stations spaced out in 9 kilometer-by-9 kilometer cells covering the globe.

"Weather is a big issue for pastoralists and all of us in northern Kenya. In case of an emergency like prolonged drought, pastoralists need to know where they can take their animals for pasture and water," said Mamo Jarso, a health worker at a hospital in Laisamis.

Jarso, who owns a herd of livestock and uses the myAnga app, said previously, when drought set in, communities used to send scouts to walk up to 120 kilometers (75 miles) from home looking for pasture and water. It would be days before the scouts brought back word of where herders should take their animals, and by that time some livestock would be dead, while others would be too emaciated to make the journey.

Now the app can tell pastoralists exactly where they should head to find pasture, saving them time and potentially the lives of their cattle, Jarso said.

It also lets communities keep track of where the pastoralists and herds have gone, he added, which helps in getting veterinary services to ailing animals, as well as immunizing the herds against disease outbreaks.

For Daniel Kapana, chairman of the Merille Livestock Market, one of the largest in northern Kenya, the myAnga app is not reaching as many pastoralists as it should.

Few herders have smartphones, he said, and the poor communication networks in some rural areas make it impossible for them to use the app. He also pointed to the low literacy rate among Kenya's pastoralists as one of the biggest obstacles to scaling up the project.

According to Kenya's statistics agency, Marsabit County reports among the worst education indicators in the country, with literacy levels at about 20%.

"The system should be upgraded to enable a large majority of pastoralists to access weather information," said Kapana.

He suggested the use of infographics and illustrations so that even those who cannot read or write could still understand the information.

Agolla said the project is in its early stages and, in the future, will try to find a way to make its weather data accessible to everyone. But he said the technology represented a huge advance from the past, when communities might look at the behavior of birds or frogs, or slaughter a goat and examine its insides, to try to determine whether it would rain.

"The app is a game changer for us, because the traditional weather forecasts pastoralists relied on were mostly inaccurate," she said.