She departs immediately, as LBC staff break into “cheers and applause”. 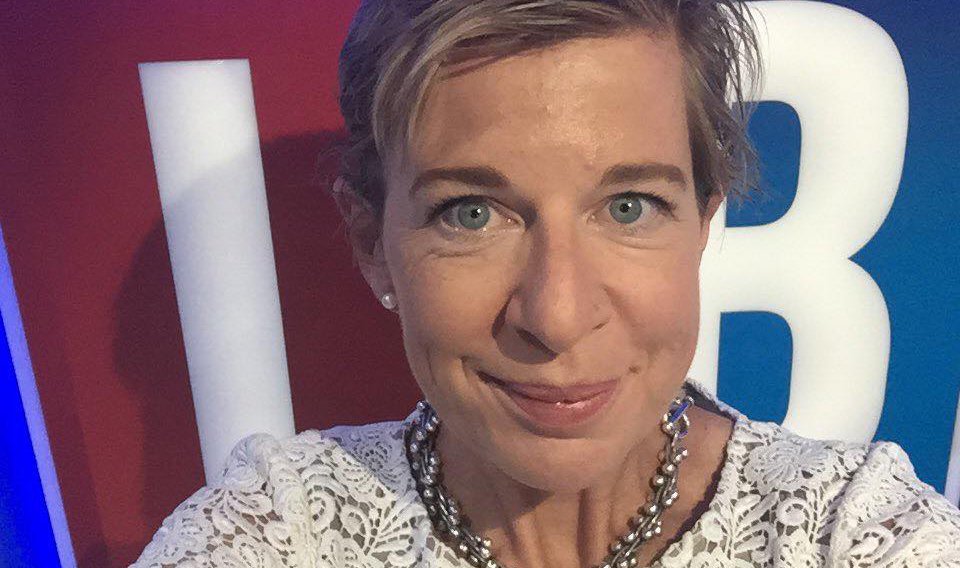 Katie Hopkins will no longer host her weekly radio show on LBC after a huge backlash to her response to the Manchester terror attack.

LBC and Katie Hopkins have agreed that Katie will leave LBC effective immediately.

On May 23, 22 people were killed and dozens injured as a terror attack targeted an Ariana Grande concert in Manchester. The youngest victim was 8 years old. In a since-deleted tweet commenting on the tragedy, Hopkins provoked outrage as she called for a “final solution” — a reference to Adolf Hitler’s genocidal campaign that killed millions of Jews in the Second World War. The ex-reality show contestant claimed that the allusion was a typo.

Hey @LBC after this tweet this morning from Katie Hopkins have you sacked her yet? #JustAskingpic.twitter.com/Jt8IHNsKHp

Hopkins, 42, was reported to the Metropolitan Police over the incident. A spokesperson for the Met corroborated the claim.

“We can confirm that a complaint has been received,” the statement read. “As is routine, the allegation will be reviewed and assessed by specialist officers.” LBC has refused to comment any further than the tweet posted at 10 a.m. on May 26, telling Buzzfeed News that “the statement is all we’re saying."

A number of online petitions have been started to urge various employers to sack Hopkins. It’s indicative of the countless controversies that have plagued her career, or, rather, the controversies it seems she’s actively courted to provoke a public reaction. Just a few weeks ago she called out all black people, asking, “if your lives matter, why do you stab and shoot each other so much?"

Vile racism from Katie Hopkins is now a normal affair  (via @shonfaye). What does her employer @LBC think? pic.twitter.com/6y1emN9Ma1

Hopkins still writes as a columnist for the Mail Online, after having described migrants as “cockroaches” in her previous post at British tabloid The Sun. Yet another petition to see her sacked gathered 200,000 signatures in just three days, and the United Nations criticised it as similar in language to Nazi propaganda.

After switching jobs, Hopkins ran into trouble once more as she linked a British Muslim family from East London to Al Qaeda, without evidence, after the US had revoked their visas before a holiday to Disneyland. The Mahmoods sued, and her new employers had to pay out £150,000 in damages, plus legal costs, and issue an official apology. Then, just two months ago, Hopkins lost another libel court battle to poverty campaigner Jack Monroe, after falsely accusing Monroe of vandalising a war memorial.

Many reacted to the news with joy. There are even reports of LBC staff breaking out into “massive cheers and applause” as they received notification of her departure.

We stood against hatred, and, this time, we won. ✊💪 https://t.co/KQUpDhUCCz

Well done LBC. A sensible decision. You have some brilliant broadcasters there who raise the bar. https://t.co/mjTYA6IZ9O

Some were more forgiving. At least, they weren’t uncorking the champagne bottles with quite as much excitement.

I can't bring myself to celebrate Whatsherface leaving LBC, it's just going to mean a "too hot for radio!" tour of awfulness, isn't it?

Katie Hopkins might be incredibly foolish, extreme & divisive but she's a talented broadcaster. I wish her well. @KTHopkins@LBChttps://t.co/la1NNKgJZA

But, overwhelmingly, it seems that the public back the call as a reasonable decision. Most are in agreement: hate speech has no place in broadcasting.

Solid and sensible decision. Katie Hopkins has lost sight of what matters in her desperation for money and fame. Her views are abhorrent. https://t.co/uqC4Qg4o9N

A reminder about free speech - Katie Hopkins is free to say whatever she wants. LBC are free not to want to pay her to say it.

Hopkins is yet to make note of the announcement, and will depart the station with immediate effect. It remains to be seen whether she will remain in her role at the Mail Online. But it's safe to assume one truth that perhaps puts her departure into perspective: despite another job lost, it's probably not the last we've heard of Katie Hopkins.