The Most Stunning Environmental Photos From June

From starry skies to drought-ravaged plains.

The Belize Barrier Reef is one of the most diverse marine environments in the world — and just a few years ago, it was declared endangered by the United Nations.

But earlier this month, Belize managed to reverse that decline through sustained efforts to restore the reef. It was a sign of environmental progress amid a larger pattern of setbacks.

In Britain and the US, wildfires fueled by extreme conditions burned up large swaths of forest. In India and Bangladesh, pollution turned various bodies of water dangerous. Chile, meanwhile, contended with a new record of pollution, and Pakistan grappled with a harsh drought.

Elsewhere in the month of June, Earth's splendor was on full display. The giant trees in Yosemite National Park scraped the starry sky above, while a lion lounged in Kenya's tall grasses.

Here are some of the best pictures from June, a month that means, for some countries, monsoon season, heightened temperatures, and the start of a treacherous summer.

1. Colorado Wildfire: A wildfire burns near Durango, Colorado, on June 7, 2018. Authorities in southwest Colorado ordered the evacuations of another 300 homes on June 9 to allow firefighters to attack an advancing flank of a wildfire that burned miles of rugged terrain, but had yet to damage or destroy any structures. 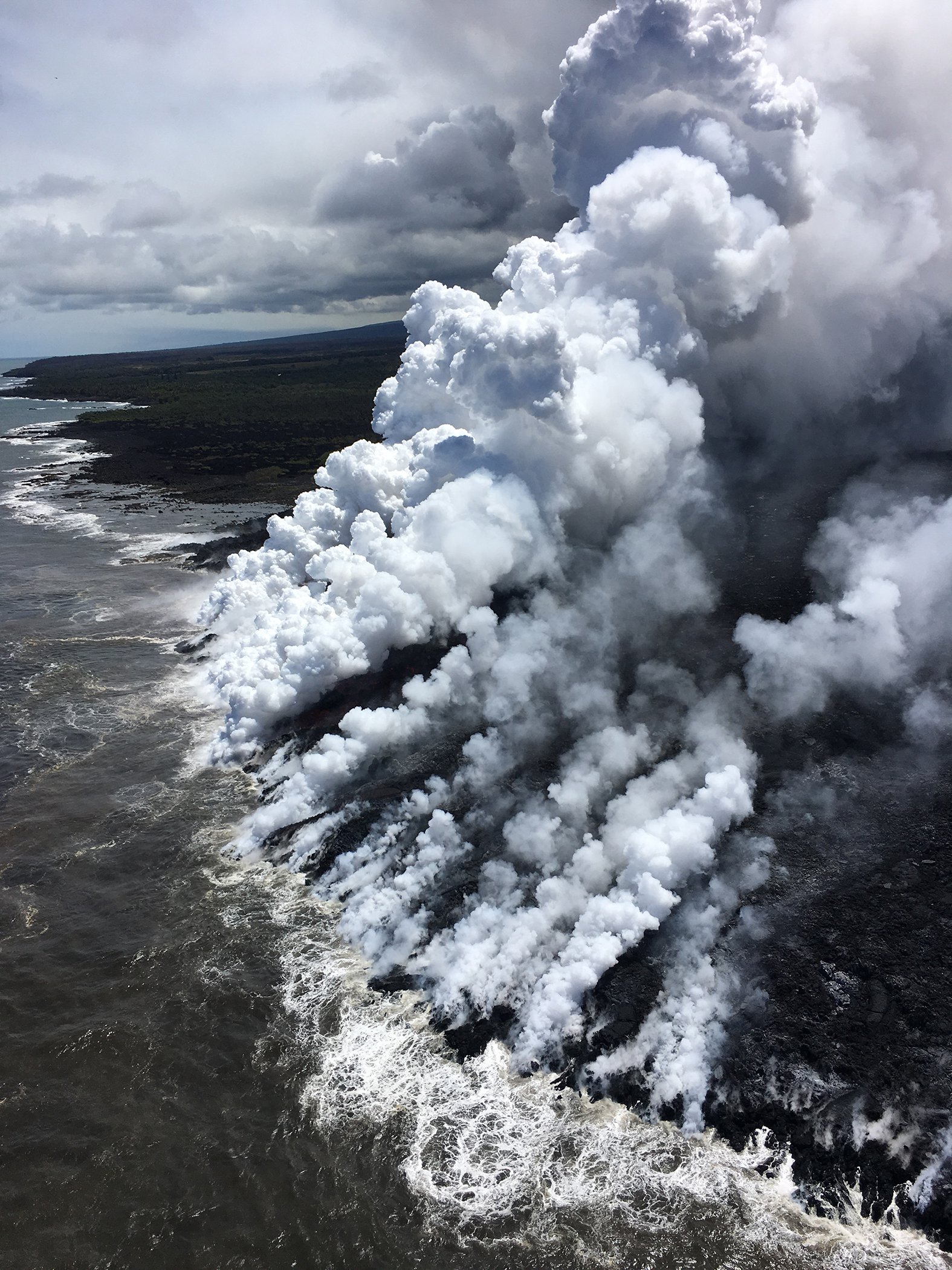 2. Volcano in Hawaii: This photo provided by the US Geological Survey shows where lava from Kilauea Volcano is entering the ocean and the resulting laze plume where lava is entering the sea at Kapoho on the island of Hawaii at dawn on June 13, 2018. 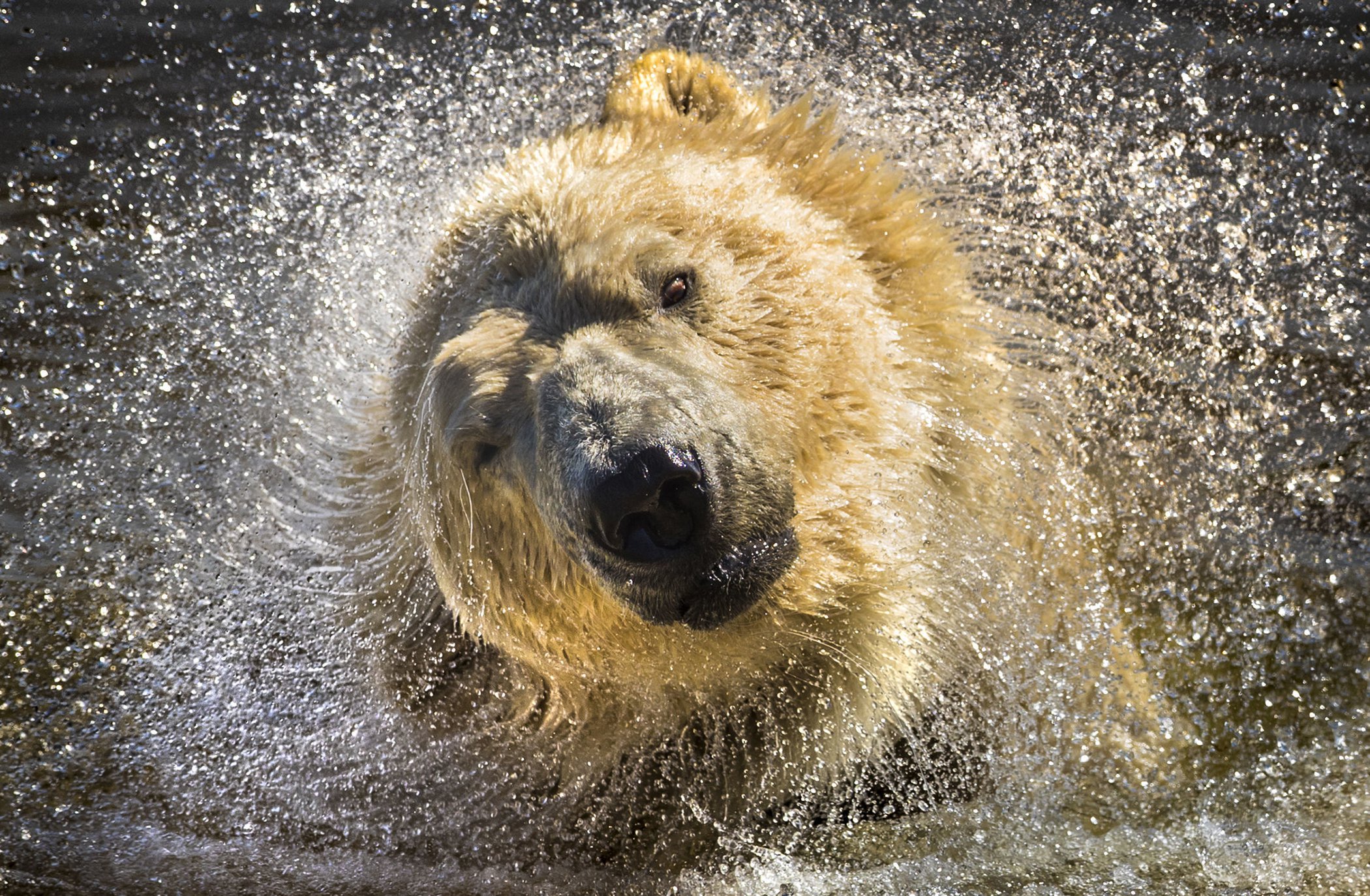 3. Summer in Britain: Victor the Polar Bear enjoys a dip in the water at Yorkshire Wildlife Park in Doncaster, England, as temperatures rose on June 26, 2018. Temperatures are widely predicted to rise over the coming days. 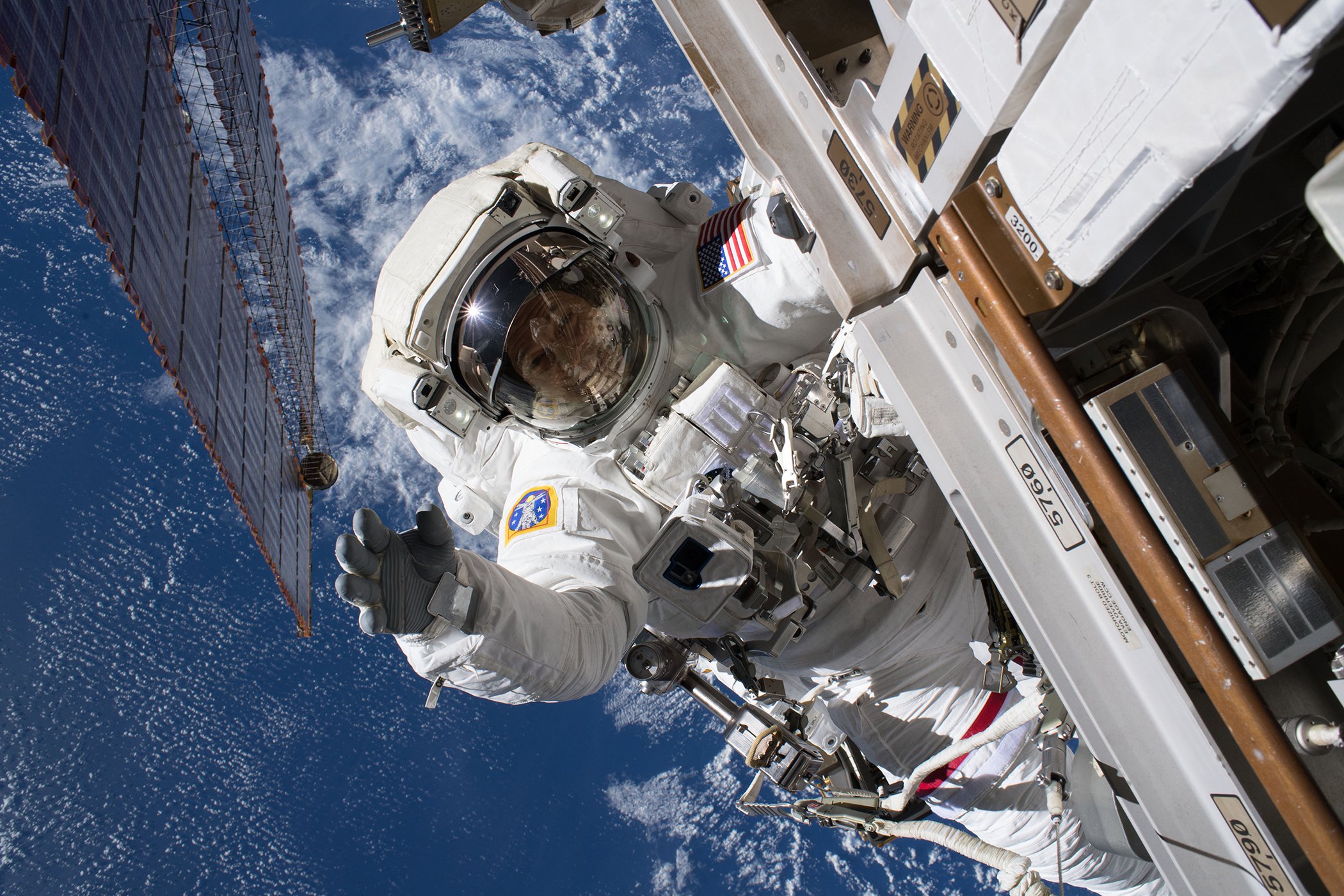 4. Astronauts in Space: "Space was our office yesterday. #EVA51," said International Space Station astronaut Ricky Arnold in June 2018, the day after his latest spacewalk. Arnold and Station Commander Drew Feustel completed the sixth spacewalk at the station this year, which lasted lasting 6 hours, 49 minutes. The two astronauts installed new high-definition cameras that will provide enhanced views during the final phase of approach and docking of the SpaceX Crew Dragon and Boeing Starliner commercial crew spacecraft that will soon begin launching from American soil. 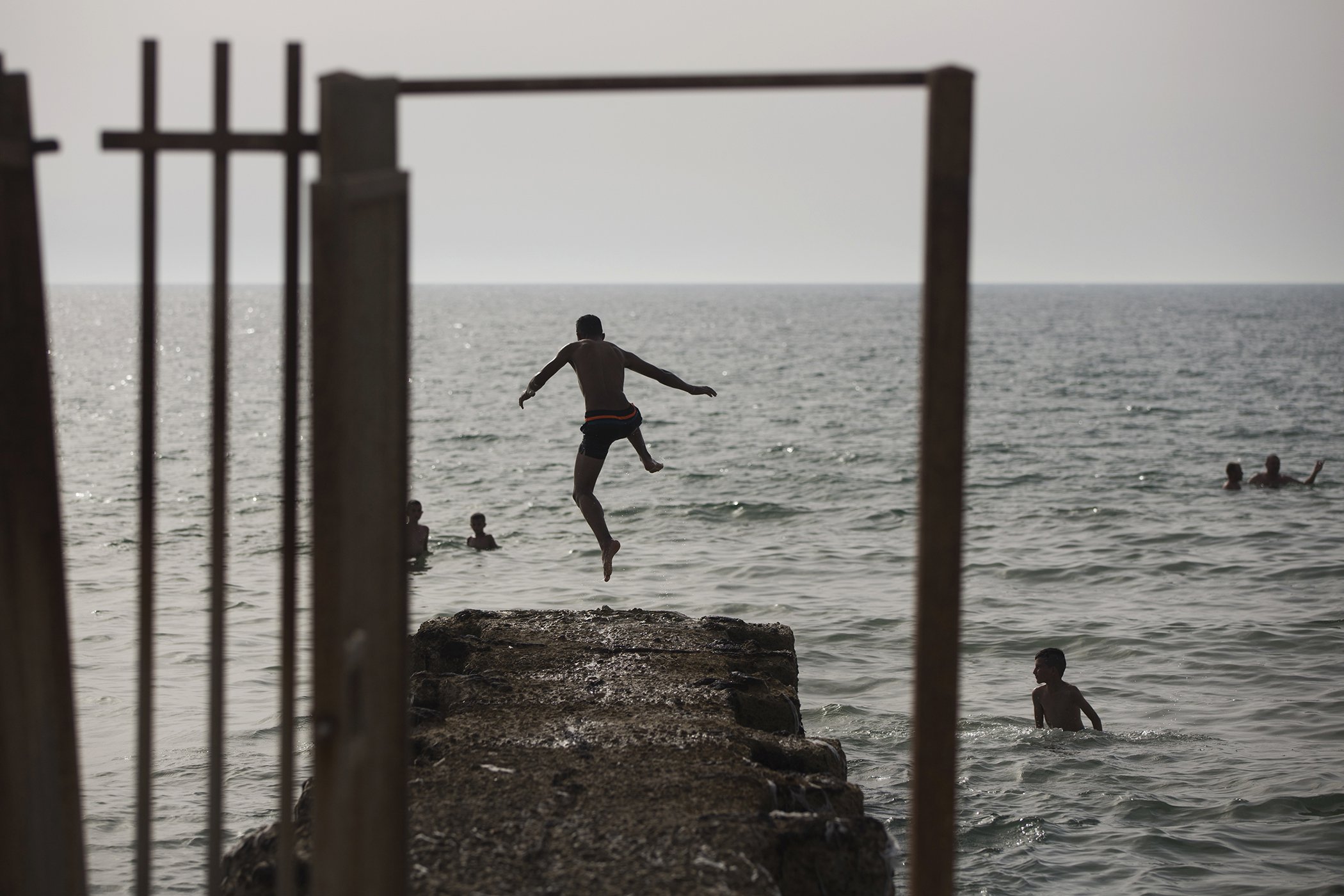 5. Eid al-Fitr Celebrations in Israel: Palestinians spend the day on the beach during the Muslim Eid al-Fitr holiday in Tel Aviv, Israel, on June 16, 2018. Eid al-Fitr marks the end of the fasting month of Ramadan. 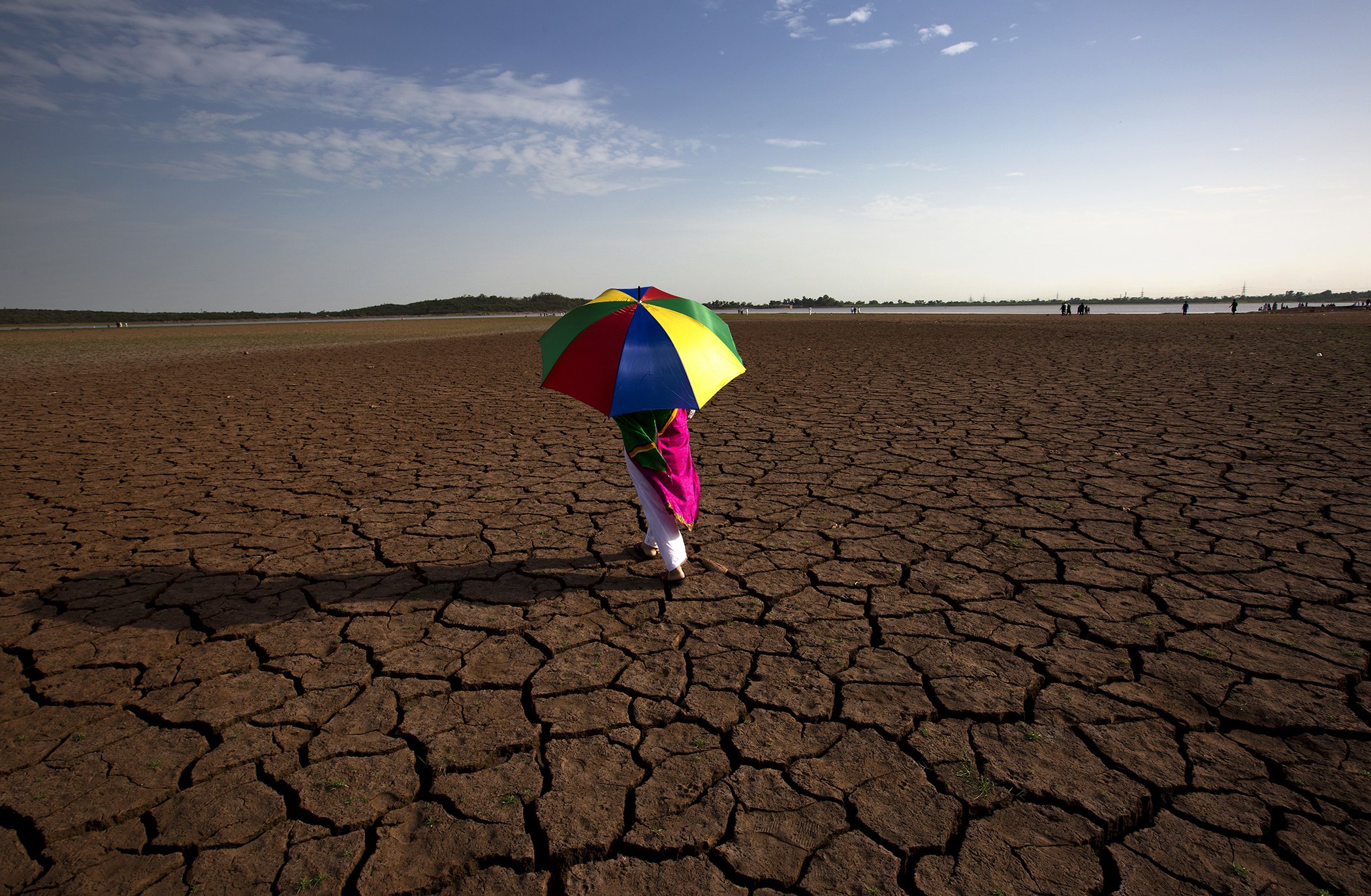 6. Water Shortage in Pakistan: A woman holds an umbrella as she walks on a dry bank that provides water to Islamabad and Rawalpindi at Rawal Dam in Islamabad, Pakistan, on June 22, 2018. The water level in dams and rivers are low due to dry and hot weather, causing water and energy shortages. 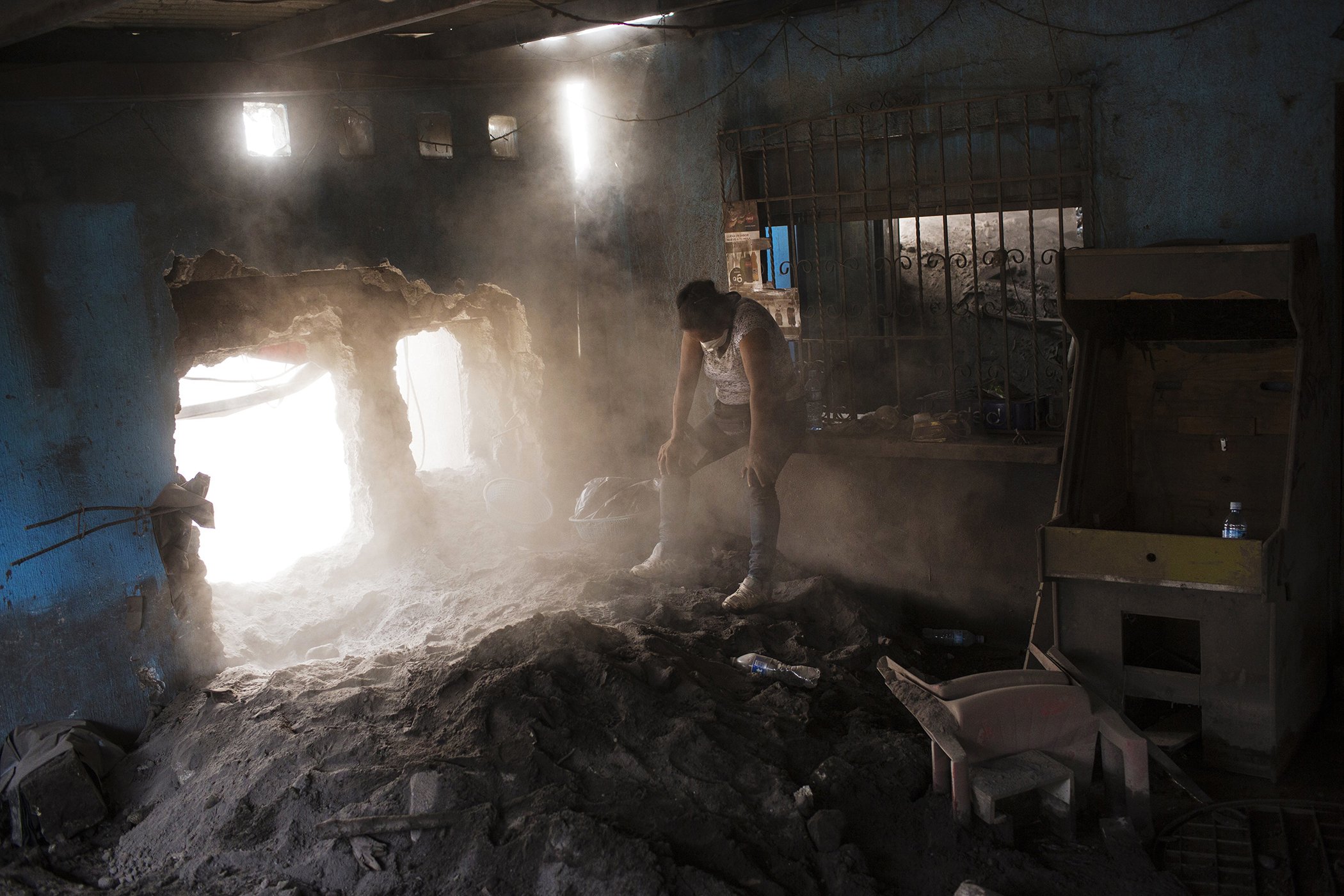 7. Volcanic Eruption in Guatemala: Angelica Maria Alvarez rests, exhausted inside her home destroyed by the eruption of the the Volcan de Fuego or "Volcano of Fire," in San Miguel Los Lotes, Guatemala, on June 14, 2018. Alvarez is still searching for the remains of more than 10 family members, including her husband and two daughters.

8. Wildfire in Colorado: Burned trees and scorched earth can be seen in the forest where the 416 fire burned on June 13, 2018, near Hermosa, Colorado.

9. Animals in Kenya: A male lion sits in the tall grass at dusk at the Ambosel National Park June 21, 2018. Amboseli is among the most renowned case studies in the world for elephant population and behavioral factors with the last official count of the perchyderms, carried out in the year 2011, yielding some 1200 animals. Preparations are underway for an Elephant aerial census over the 392 square-kilometre park with trial runs kicking off in June.

10. Yosemite National Park: Sequoia trees are seen under a starry sky at the Mariposa Grove of giant sequoias on June 20, 2018, in Yosemite National Park, California, which recently reopened after a three-year renovation project to better protect the trees that can live more than 3,000 years. 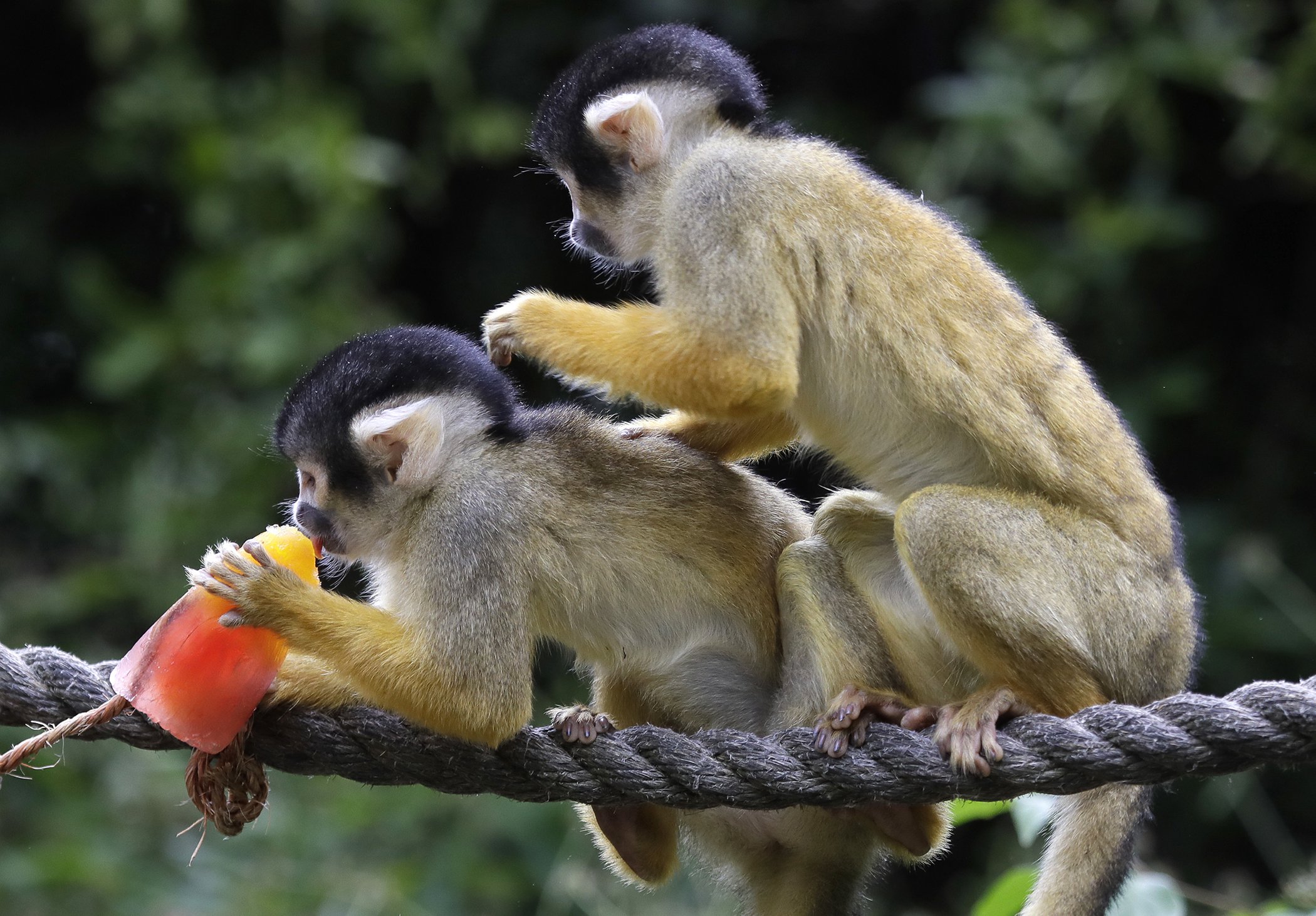 11. Heat Wave in Britain: Squirrel Monkeys enjoy ice treats made with nuts and berries at London Zoo in London, June 27, 2018. A heatwave has hit parts of Britain this week with temperatures reaching 30 degrees centigrade.

12. Bangladesh Battles With Pollution: Firoz Milon collects waste on the Buriganga river on June 5, 2018 in Dhaka, Bangladesh. He sells one kilo of waste for 20 taka and says he averages 400-600 taka per day of work. Bangladesh has been reportedly ranked 10th out of the top 20 plastic polluter in the world with the Buriganga river known as one of the most polluted rivers in the country due to rampant dumping of industrial and human waste.

13. Wildfire in Britain: A large moorland wildfire burns on the hills above Greenfield, northwest England on June 27, 2018. Firefighters are battling a rare large wildfire near Manchester in northern England, which has led to the evacuation of dozens of homes.

14. Belize Coral Reef: View of the Laughing Bird Caye National Park in the outskirts of Placencia village, in Stann Creek District, Belize, on June 6, 2018. Backed by legislation passed in 2017, Belize is taking steps to ensure that its reef barrier, the second-largest in the world, is removed by UNESCO from the list of endangered heritage, in which it has been almost a decade. 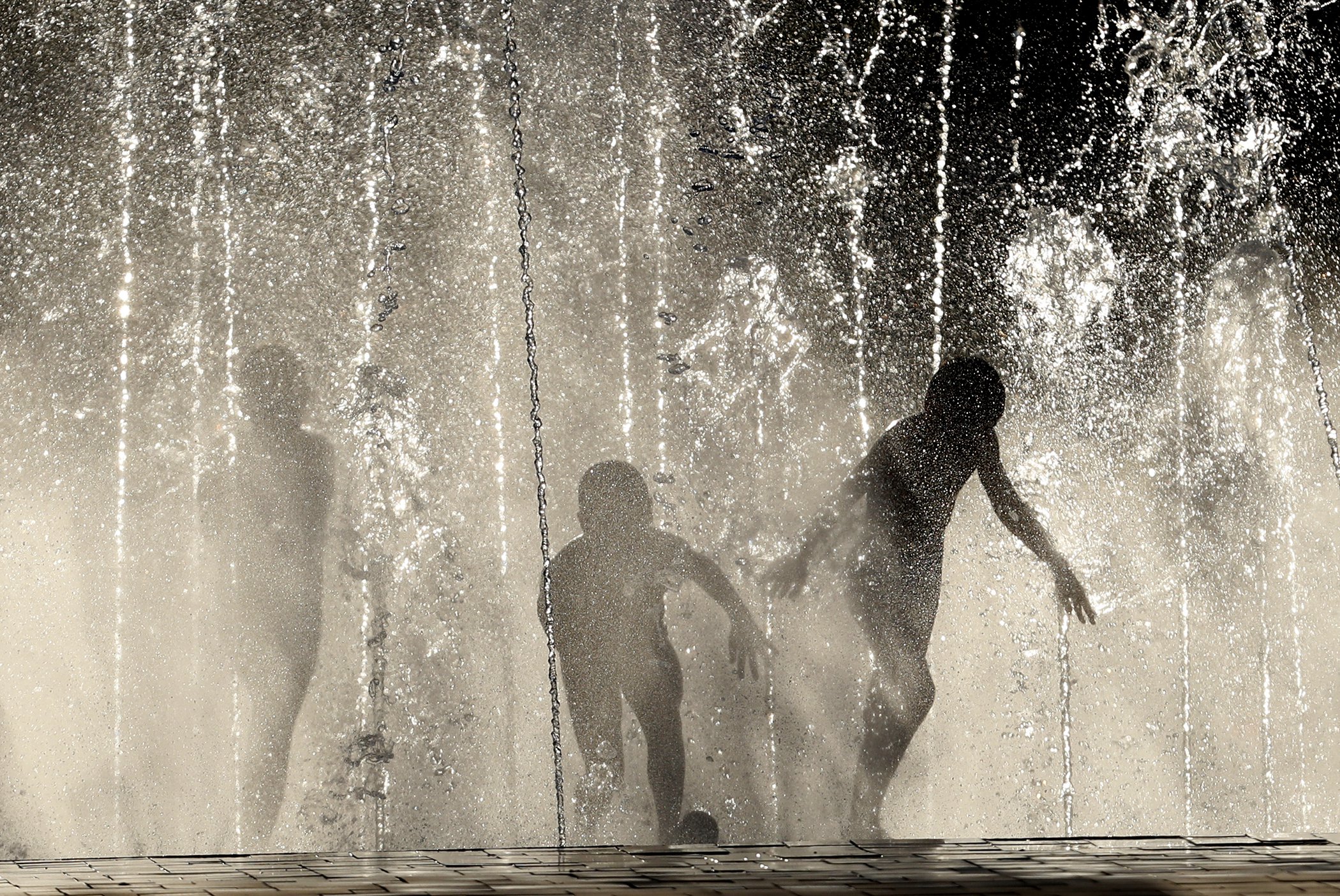 16. Monsoon in India: An Indian child walks along the sea front during heavy monsoon rain showers in Mumbai on June 25, 2018.

18. India Flooding: An Indian villager carrying a child wades along a flooded street after heavy downpour in Baldakhal village, on the outskirts of Agartala, the capital of northeastern state of Tripura, on June 15, 2018.

19. Fishing in India: An Indian fisherman throws a net to catch fish in the polluted Daya river on the outskirts of Bhubaneswar, in the eastern Indian state of Odisha, on June 21, 2018.

20. Flamingos in Mexico: Pink flamingos are pictured at the Rio Lagartos Biosphere Reserve, in Yucatan, Mexico, on June 21, 2018. At least 21,960 nests were recorded in this nesting season, a historical figure according to Mexican authorities.