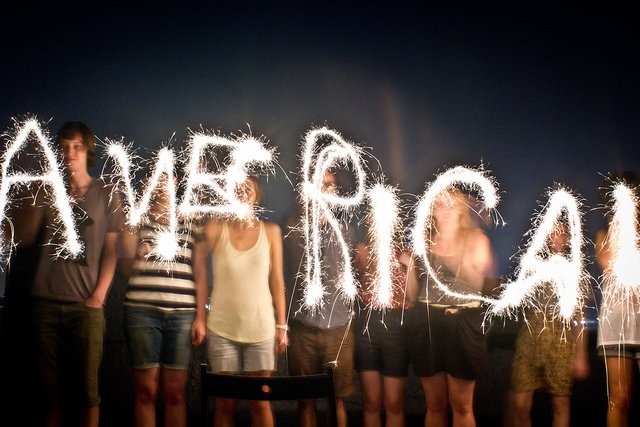 Many Americans are looking forward to Fourth of July celebrations and traditions. But how many of these traditions are actually from the US? It turns out not many of them are. Here is a list of your favorite not-so-American July 4th traditions.

Chances are you’ve been to at least one picnic before, whether it was with your family, friends or significant other.

The English word “picnic” comes from the French phrase “pique-nique,” which was used to describe food connoisseurs who brought their own wine when dining out in the 1600s. Until Victorian times, picnics were primarily extravagant meals enjoyed by the wealthy. Now, they’re enjoyed by many in a much more casual setting.

Food we eat at picnics

For example, hamburgers come from Hamburg, Germany. French fries are actually Belgian; watermelon is Egyptian; and bacon originated in China.

These and many others are popular picnic favorites on the Fourth of July, but many of the foods we think originated in the US are actually from cuisines from around the world.

Fireworks originated in China more than 2,000 years ago. The most prevalent legend about the discovery of fireworks is that they were accidentally invented by a Chinese cook who mixed charcoal, sulphur and saltpeter. The mixture burned and then exploded.

Some people believe that the discovery was made some time during the 9th century in the Song dynasty.

Traditionally, fireworks were thought to have the power to fend off evil spirits and used for events such as births, deaths, birthdays and the Chinese New Year. Now, attending firework shows has become a tradition for many around the US on the Fourth of July.

This weekend, millions of Americans will gather around the grill for a good barbeque. However, this is another tradition that is not actually American.

BBQ originated when the Spanish landed in the Caribbean using the word “barbacoa” to refer to the natives’ method of slow-cooking meat over wood. This trend spread quickly to southern America, where pork became the primary meat at barbecues.

The word “parade” comes from the 17th century French word meaning “a showing.” Traditionally, parades were military marches or processions in Europe. Nowadays, parades are held for different celebration in the US, including Mardi Gras, St. Patrick’s Day and the Fourth of July.

Flags have been flying for centuries. In fact, the first flags were metal or wooden poles with carvings on top to act as guides or warnings. Around 2,000 years ago, pieces of fabric and material were added to the poles for decoration that look like the flags we know today.

Knights used to carry flags into battle as a form of identification when they were dressed in armor. Today, flags fly proudly on the homes of many Americans and people of every nationality around the world.

While many of these traditions come from other cultures, Americans have adopted them and made them their own. Whether you’re watching fireworks, eating at a picnic or flying your American flag proudly, this is a holiday meant to be celebrated.