Repeal sends message to rapists that “your crime will not be overlooked”. 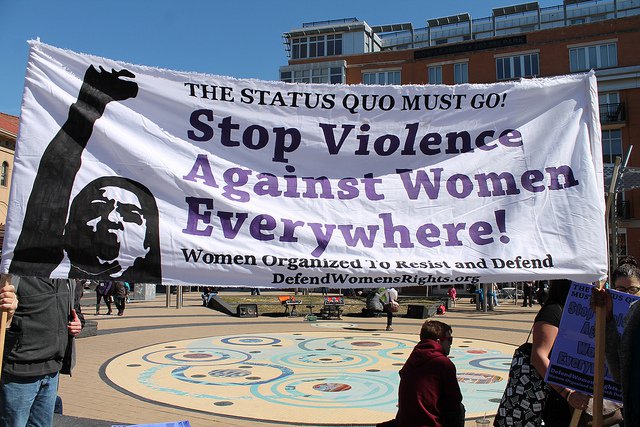 Update: Today is a day of victory for the women of Jordan, after the government officially abolished a law that allowed rapists to avoid punishment by marrying their victims.

The country's Senate signed off today after the country's Parliament voted Tuesday to repeal the penal code’s article that endangers the safety of rape victims and provides a loophole for rapists to escape punishment, according to Al Jazeera.

Asma Khader, a leading women's rights activist and lawyer, told Al Jazeera that “the article is not based on a logical or legal rationale. It is not justified and it does not stand in line with our culture, knowledge and logical thinking.”

Hundreds of activists staged a sit-in outside Jordan’s parliament on Tuesday to show their support for the abolishment.

“Today we are sending a message to every rapist that 'your crime will not be overlooked and we will not let you get away with it'," Khaled Ramadan, a member of Parliament, told Al Jazeera.

Jordan's King Abdullah II created a royal committee in October of 2016 to review the 57 year-old penal code system in its entirety. The committee recommended the ‘marry-the-rapist” rule be abolished, and in April the government endorsed their recommendation.

Suad Abu-Dayyeh, an expert on the Middle East with the advocacy organization Equality Now, told Global Citizen Tuesday that she hoped “there is the political will for it [the repeal] to be endorsed without any further opposition."

Read More: There’s a Global Rape Epidemic and There Are Few Laws to Prevent It

“I think we are witnessing a historical moment that Jordan has revoked Article 308 of the Penal Code,” said Abu-Dayyeh. “Jordan is now setting a very good example for other countries in the region that still have these discriminatory legal provisions."

JORDAN- Thank you for following in the footsteps of Morocco & Turkey; no victim should marry their rapist. There's always room for reform.

According to Equality Now, Egypt overturned their law in 1999. Morocco followed in 2014 after the suicide and attempted suicide of two teenage girls who were forced to marry their rapists. Tunisia abolished their law last week.

Lebanon has not yet repealed their version of the rape-marriage law, article 522, but activists are hopeful their efforts have made worthy impact. In December, advocacy groups hung wedding dresses from nooses to protest the law forcing rape victims to marry their rapists.

Read More: Why It’s Entirely Legal for a Man to Rape His Wife in India

Turkey came under fire in 2016 for introducing a bill that would have allowed men to escape punishment for child sexual assault if they married their victims. The bill sparked protest throughout the country. Although Prime Minister Binali Yildirim withdrew the bill, many were justifiably dissatisfied with the lack of effort to protect rape victims. In Turkey, nearly 3,000 men have escaped punishment by marrying their victims; as marital rape is not illegal.

The organization hopes Lebanon, Bahrain, Iraq, Kuwait, Syria, the Palestinian Territories and Algeria will follow suit in repealing their laws that allow rapists to escape with punishment.