“If your baby is going to die, and it doesn’t have to, it shouldn’t matter how much money you make.” 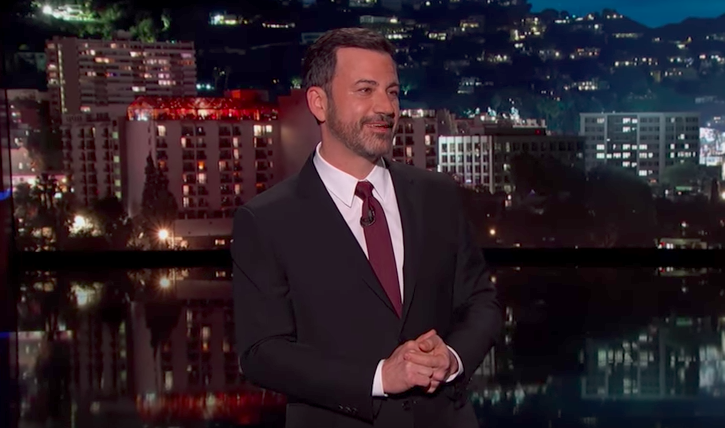 After canceling his previous show, Kimmel had supporters wondering about his whereabouts. He returned to the stage last night visibly shaken, and with a story to tell.

Fighting back tears, Kimmel spoke of the birth of his son William (Billy) Kimmel less than two weeks ago, and the traumatic events that followed after Billy was diagnosed with pulmonary atresia, a form of heart disease.

Take Action: Call on the US Congress to Help Eradicate Polio

The Kimmel family went through the ringer as doctors assessed and eventually operated (successfully) on the youngest member of the family, which led Kimmel to reflect on the broader contours of the US healthcare system.

Kimmel ended the segment with an impassioned appeal for a healthcare system that doesn’t discriminate against patients based on a pre-existing condition.

“We were brought up to believe that we live in the greatest country in the world but, until a few years ago, millions and millions of us had no access to health insurance at all,” Kimmel said. “Before 2014, if you were born with congenital heart disease, like my son was, there is a good chance you’d never be able to get health insurance because you had a pre-existing condition.”

Under the Affordable Care Act, companies are required to insure individuals with pre-existing conditions at the same cost as everyone else.

But the jury is still out on whether the ACA’s replacement, proposed by House Republicans and to be voted on at an undetermined date in the near future, will provide care to those with pre-existing conditions.

Read More: In a Major Victory for America’s Poorest, House Fails to Even Vote on Healthcare Bill

Trump has said that it will. The plan, Trump said in a tweet, “will have much lower premiums & deductibles, while at the same time taking care of pre-existing conditions!”

Paul Ryan doubled down on Trump’s claim, with a spokesperson of his telling NBC, "The Republican plan protects people with pre-existing conditions."

But the proposed bill includes an amendment that would allow states to obtain a waiver from the Department of Health and Human Services that would make it possible for health insurers to charge more to people suffering from pre-existing conditions.

At least 21 moderate Republicans have announced they will not back the American Health Care Act in its current iteration, CNN reports. If just one more Republican votes against the bill, and all Democrats vote against it, it cannot pass.

Read More: John Oliver Is Airing This Ad on Fox News and It's Brilliant

For his part, Kimmel appealed to members of Congress to go beyond politics and think about those who would suffer most from increased health insurance costs on the free market.

“If your baby is going to die, and it doesn’t have to, it shouldn’t matter how much money you make,” Kimmel said. “I think that’s something that whether you’re a Democratic or a Republican or something else, we all agree on that right?”

“Let’s stop with the nonsense,” he continued. “This isn’t football. There are no teams. We are the team —  it’s the United States.”

After the episode aired, Kimmel received wishes from a host of high-profile figures, including Hillary Clinton, Sen. Chuck Schumer, and actress Mindy Kaling:

Watch & prepare to tear up. Thanks @jimmykimmel for sharing your story & reminding us what's at stake w/health care.https://t.co/2kTEeUEG2f

Hey @jimmykimmel, thanks for this. You are the best of the best. @mollymcnearney & Billy, too. ❤️ https://t.co/ZrUhgqtk6v

Thanks @jimmykimmel for sharing Billy's story & adding your voice to the fight to fund @NIH & ensure coverage for pre-existing conditions. https://t.co/eRYj0VWUS2

🙏 Please take a moment to watch this from @jimmykimmelhttps://t.co/IxmLnoObmt via @heykim

It’s possible Kimmel’s plea will get through to legislators who are wavering on whether to vote for the replacement bill. Republican leadership has delayed the bill after saying it doesn’t yet have enough votes to pass, as lawmakers have criticized the amendment that could put the lives of those with pre-existing conditions in jeopardy.

Let’s hope, like Kimmel suggests, lawmakers can agree that life is worth protecting, regardless of how much money one makes.