And she's challenging us to do the same. 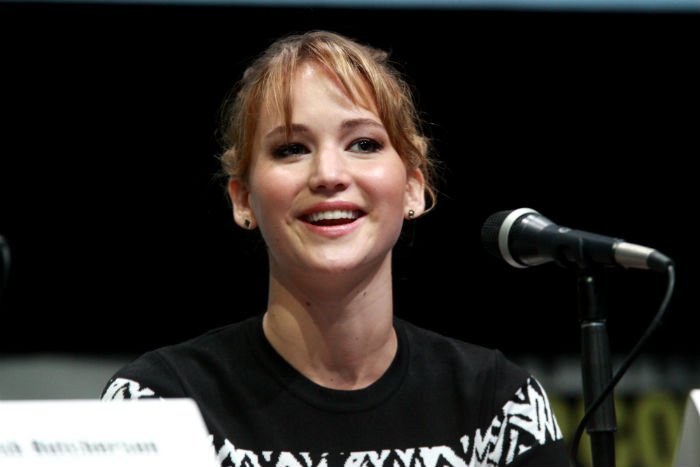 Jennifer Lawrence donated $2 million US dollars to a children's hospital in her hometown of Louisville, Kentucky.

And she’s challenging us to do the same by matching her own donation.

The 25 year-old actress announced her plans in a video message.

This will include private rooms dedicated to children recovering from heart procedures, and will also offer 14 beds for families to stay with their children while they are receiving treatment.

The Lawrence family talks with the Young family following the major donation. #BraveHearts#HeartCenterpic.twitter.com/PsDUvxUxPG

In her video message the actress states, “As part of my effort to help these children and caregivers, I challenge the entire community to get behind this cause and help match my gift by raising an additional $2 million to support all of these brave and inspiring children.”

The president of Women's and Children's Services at Kosair Children's Hospital released the following statement to the press:

"We are equally thankful that she has put her trust in the outstanding work taking place at Kosair Children's Hospital every day by challenging the community to join her in support of our heart care program."

For the past three years, on Christmas Eve, Lawrence has visited children in the Louisville hospital.

And while filming for the next installment of the X-Men series in Montreal, she took the time to visit with the patients at Shriners Hospital for Children.

The Hunger Games star has earned herself a spot among Hollywood’s most talented stars. Yet, amidst all the fame she is taking the time to help others.

Giving back to your community to better the lives of those in need is one of the top actions a Global Citizen can take. And not only that, but she is using her actions to inspire the world to follow her lead.

As if we needed another reason to love her, Jennifer Lawrence has proven again why she is America’s sweetheart and a global citizen.