What the World Can Learn From Japan's Approach to School Lunches

Lunch can be a time to promote healthy living, sustainable consumer practices and good citizenship. 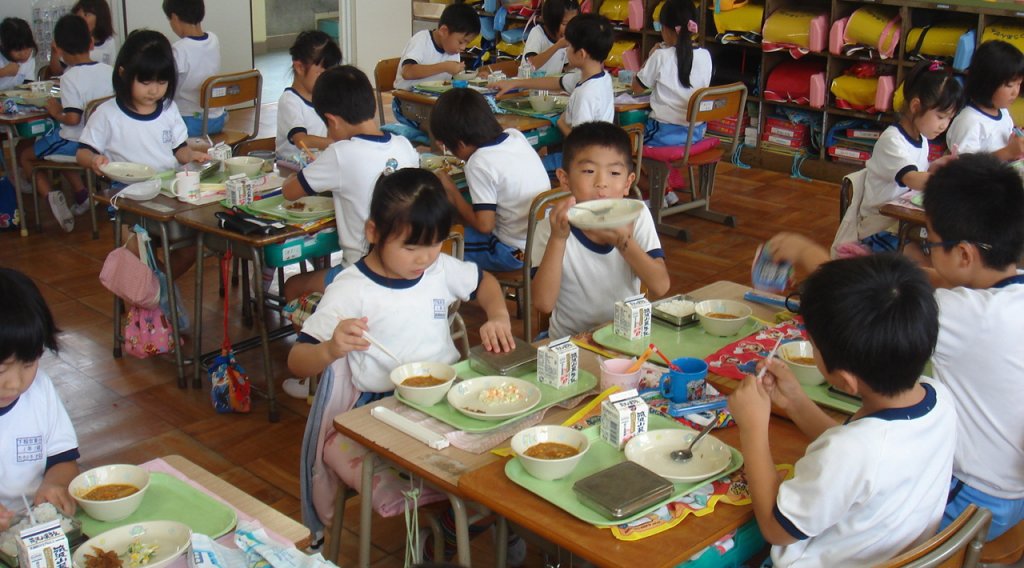 G7 leaders are meeting in Japan this week to talk about some of the world's most pressing problems: how to deal with terrorism, curb tax evasion and accelerate economic growth.

Amid these debates, a much more concrete discussion will be taking place: how to end world hunger and improve global nutrition.

At last year's G7 meeting in Germany, leaders agreed to lift 500 million people out of perpetual hunger and malnutrition. As leaders map out a plan, they can find a little inspiration in their host country, Japan, which might have the world's best national school lunch program.

Compared to the school lunches I had in the US public school system, Japan's approach is truly visionary. And the key difference could be in perspective. In Japan, lunchtime is seen as an educational period. In the US, lunchtime is recreational.

In the US--although Michelle Obama is trying to change this (more on that later)--it's almost the opposite.

School lunches in Japan are prepared day-of and ingredients are all locally sourced. Schools also have broad discretion to shape menus based on chef preferences and available ingredients--as long as nutrition is a guiding factor.

This stands in stark contrast to the US model, which aims to slash costs by relying on frozen, processed foods shipped from wholesellers.

In Japan, meals consist of vegetables and rice with fish and soups on the side.

In the US (from my experience) meals mostly consist of pizza or hamburgers with cookies on the side. Again, this stems from the ostensible drive to cut costs. Ironically, of course, any costs saved are more than made up for through future health problems.

Japan, on the other hand, spends up-front for long-term benefits.

Japanese students serve one another their meals to instill in everyone a sense of the effort that goes into meal preparation. Students sometimes even help in the cultivation of food. The US is all about minimal effort, grab-and-go, free-for-all lunch.

I could go on and on contrasting the Japanese school lunch model with the one found in the US, but you get the idea.

The world has a lot to learn from these differences, but the key thing to understand here is that it all comes down to decision-making.

The US could implement a school lunch model that uses local ingredients and emphasizes nutrition, and there are signs that this is happening.

Michelle Obama has been spearheading a school nutrition and health program for several years. In 2012 new nutrition standards were put in place and they've already made a difference. Students are eating more nutritious meals and are no doubt feeling better as a result.

While thinking about school lunch in wealthy nations doesn't address the 793 million people around the world who live in constant hunger, it puts world leaders in the right frame of mind.

Eating food shouldn't be trivialized and it doesn't have to be degraded through cheapness, processing and wholesale distribution. Food is at the root of all human life. Every bite nourishes and every day without nutrition is misery. When food is abundant, it's easy to forget about this. But when students are taught to appreciate the full journey of their food--from crops growing in soil to nutrients powering cells in the body--their outlook can change.

And maybe if every student in wealthy countries were taught similar lessons, then maybe the everyday injustice of hunger would strike people as appalling, forcing the world to act boldly.

And then maybe everyone in the world would be able to eat and live like Japanese schoolchildren.