It’s #TimeToAct: A global spotlight on violence against women 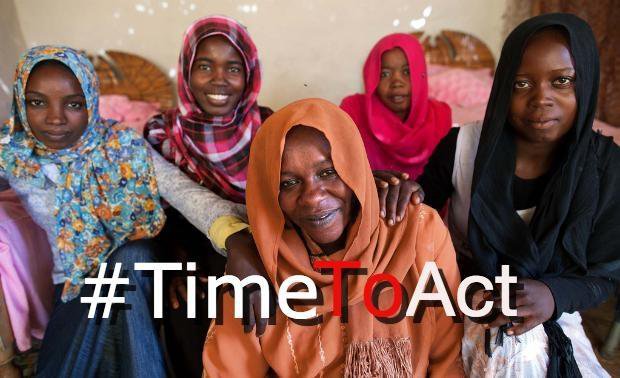 1 in 3 women and girls worldwide, one billion, will experience violence in their lifetime.

Gender-based violence comes in many forms: torture, rape, sexual trafficking, honor killings, beatings during pregnancy and domestic violence. It affects women and girls at any age, in any country. I’m constantly staggered by the sheer number of women affected.

In the past month, events around the world have brought the issue of violence against women to the forefront and sparked a global movement. On April 15, 234 Nigerian schoolgirls were abducted by the Islamic militant group Boko Haram and gave rise to the hashtag #BringBackOurGirls.

Just two weeks ago,two young girls in the north of India were gang-raped and strangled when they went to the fields to relieve themselves. Most recently, six people were killedat the University of Santa Barbara in a shooting that specifically targeted women.

These events have put the violence that women all over the world endure on a daily basis squarely in the public attention. But there’s still more to this story.

A fact that’s well known but not often discussed is that gender-based violence is exacerbated inconflict zones. Armed conflicts are currently being waged in 20 countries around the world and sexual violence is frequently being used as a weapon of war.

In these war-torn countries, young people – especially young girls – are the first victims.

In the Democratic Republic of Congo, also known as the “rape capital of the world,” 48 women were raped every hour when conflict escalated between militiamen and Congolese soldiers.Rape displaces, disenfranchises and increases a woman’s susceptibility to further abuse.

But there is something you can do.

This summit will be the largest gathering ever brought together to directly address violence in conflict. All the governments that have endorsed the UN Declaration of Commitment to End Sexual Violence in Conflict will attend.

It’s the biggest opportunity we’ve ever had as a global community to come up with tangible solutions that hold youth, and young girls, at the heart. We can create irreversible momentum against sexual violence in conflict and practical action that impacts those on the ground

Violence is a major cause of poverty. It prevents women from pursuing an education, working, or earning the income they need to lift their families out of poverty.

It’s #TimeToAct. Let’s act together to call on governments and world leaders attending the Summit to prioritize women’s equality in the post-2015 development agenda, so that an end to gender-based violence in conflict becomes a reality.

For more information on how to take action go to http://www.globalcitizen.org/psvi