Refugees were left with rancid chicken or no food to eat. 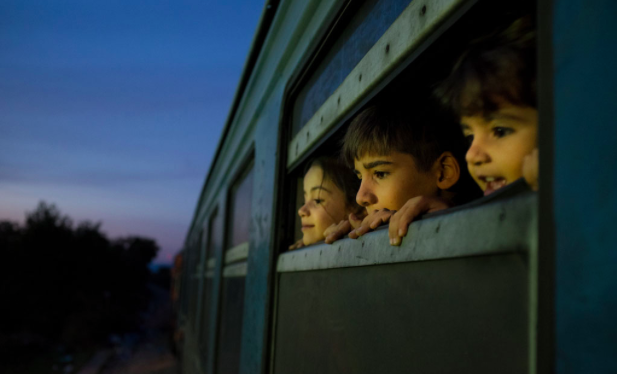 In Italy, the government sets aside around €30 a day for each refugee or migrant that arrives on its shores to help them pay for food, shelter, and transition services like language courses and therapy.

It’s a bare minimum, but for the Italian mafia, the slim stipends are apparently a ripe opportunity for profit. Mafia members have allegedly been embezzling federal money designated for refugees for years, according to Italian authorities.

Over the course of a year, Italian law enforcement investigated a refugee center in Calabria with connections to the local mafia, according to The New York Times.

They allegedly found that more than $41 million had been siphoned from the center over a decade, more than a third of the organization’s revenue.

Managers at the center, including a priest, are believed to have inflated the number of residents they were overseeing, refused to buy them food, and skimped on transitional services. All the leftover money was then pocketed.

As migrants and refugees were left with rancid chicken or no food at all to eat, those in charge reportedly used the money on expensive wines, restaurants, hotels, and home renovations, according to the reporting.

An amusement park, movie theater, and sports stadium were also reportedly built with the stolen funds.

The vast network of graft led to 68 arrests this spring in Calabria, and officials believe the exploitation is more widespread.

Italy has been inundated with refugees and migrants over the past several years and the process of helping them transition has spawned an industry that’s attracted powerful criminal organizations who bid for contracts and then milk the government for money, according to the Times report.

The loss of federal funds from actual refugee services has made life more difficult for refugees, who often have to survive treacherous journeys to reach Italy in the first place.

There are currently 22.5 million refugees around the world and 65.6 million people forcibly displaced from their homes, creating the largest refugee crisis since World War II and an urgent, global need for transparent assistance.

The refugees in Calabria are being denied adequate food and services, forced to scrape together sustenance on their own. But it's far from the only place where abuse occurs.

In Libya, where many refugees embark for Italy from, refugees are regularly locked in warehouses that lack water and sanitation.

And as refugees travel across countries, oftentimes without their families, they sometimes get kidnapped and are forced into labor or sex slavery. This is especially true for children traveling alone.

As they flee violence, persecution, and natural disasters, the last thing they should expect is for people to prey on their suffering.