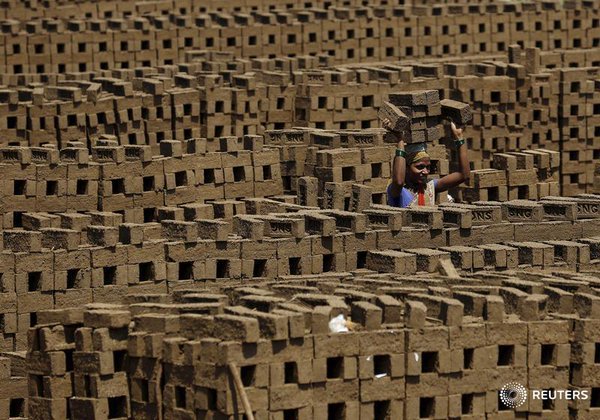 A group of women long considered "invisible," female brick-kiln layers, are demanding attention as well as decent accommodations and fair wages in the Punjab region of India.

Often obscured from the public in India, there are over a thousand women working in the Punjab region of India, firing mud clay into the bricks which hold up in modern India. These women are considered "invisible" because of their "low caste" heritage.

Too often women from lower castes, or those facing poverty, are forced into unjust systems and taken advantage of by others. For too long, this has been the case for some of India’s most vulnerable women.

Women working as brick-kiln layers are essentially modern day slaves. According to BBC, many of them took loans from agencies who then forced them into hard labor to repay the loans.

“We make 1,500 bricks a day. Only after six months will we get released,” Gurdha Maji told BBC.

According to Reuters and the Centre for Science and Environment, nearly 10 million people work in brick kilns in India and about half are women.

The rights and conditions for women working in the brick kilns is especially alarming. Many of the workers travel from other states in India to come work in the kilns. Living nearby, they have little access to proper food or nutrition, and lack access to healthcare and medical facilities. This is even more concerning for pregnant women who, with little regulation for the multinational companies who own the brick-kiln factories, were working into late stages of pregnancy.

But these women are realizing the power of their voice when they come together.

After decades of below minimum wage, debt bondage, abuses of human rights and sexual harassment in the brick-kiln industry, women laborers are demanding change.

Last week, many of the female workers, along with support from activists, launched an appeal aimed at President Pranab Mukherjee asking for better working conditions for India’s women working in brick-kilns.

It’s not just the previously invisible kiln workers too.

"Women workers – from teachers to textile workers and daily-wage workers – are so desperate, they are demanding their rights," said Singh, a former sociology professor at Panjab University.

These brave women working in one of India’s toughest industries are proof that positive begins when people come together and raise their voice for the common good.