Taking on a burning problem to protect India’s forests. 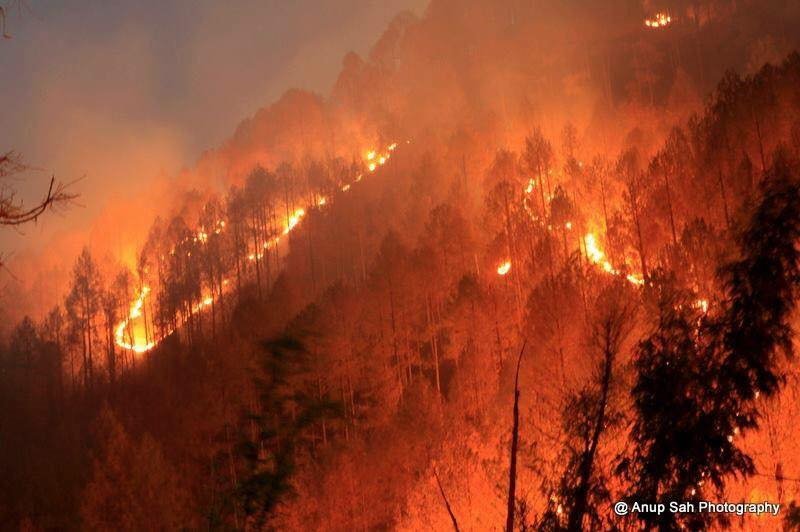 After widespread fires tore down 1,900 hectares of forest in Uttarakhand, a northern state in India’s Himalayan region, one activist launched a passionate campaign to demand government action.

Taking to Facebook, Ela Smetacek published a series of photos to expose the fires raging through the forests in her home state.

Though the fires had been raging for weeks, Ela claimed they had received "no media coverage whatsoever."  Although she argues that the flames were caused by people illegally burning the trees for timber, many environmentalists also point to the intense drought that has led to a severe water crisis across the country.  At one point, there were over 400 fires burning simultaneously and six people are reported to have died as a result.

Ela’s original post was shared more than 60,000 times and sparked a movement to stop the fires.

In an interview with BBC Trending, Ela said: "I grew up on a conserve in the hills Uttarakhand. My grandfather, who was from the Czech Republic, moved to India during World War Two, and used his background in forest conservation to set up our family reserve here 75 years ago. These forests and mountains are in my blood."

After gaining such traction with a single post, Ela decided to set up a Facebook group "Uttarakhand Burning Silently" to coordinate the campaign, which soon spread across Twitter and Instagram and won support from influential figures like Bollywood actress and producer Dia Mirza:

#Uttarakhand the magnificent state whose Himalayan forests feed the river #Ganga is in flames! #SaveTheForests#UttarakhandBurning

The movement is also investigating the impact of the fires on local wildlife, including some (adorable) tiger cubs believed to have wandered off from the Corbett Tiger Reserve--a sub-plot that will trigger a familiar warning for any Jungle Book fans.

Now, the government claims the fires have finally been doused out, largely thanks to 48 hours of rainfall in recent days. Indian Prime Minister Narendra Modi has announced a $6 billion USD fund to create new forests across the country – a step that will be heavily scrutinised by environmentalists to ensure the government lives up to its promise.

As the flames die out, the ‘Uttarakhand Burning Silently’ community will continue their mission to protect the forests from further harm:

"We are not going to stop here,"  the group announced. "Let’s unite to build a better world than we have been burning."