This WNBA Team Is Bringing Together Youth and Law Enforcement

Youth and law enforcement are cheering on the same team, from the sidelines. 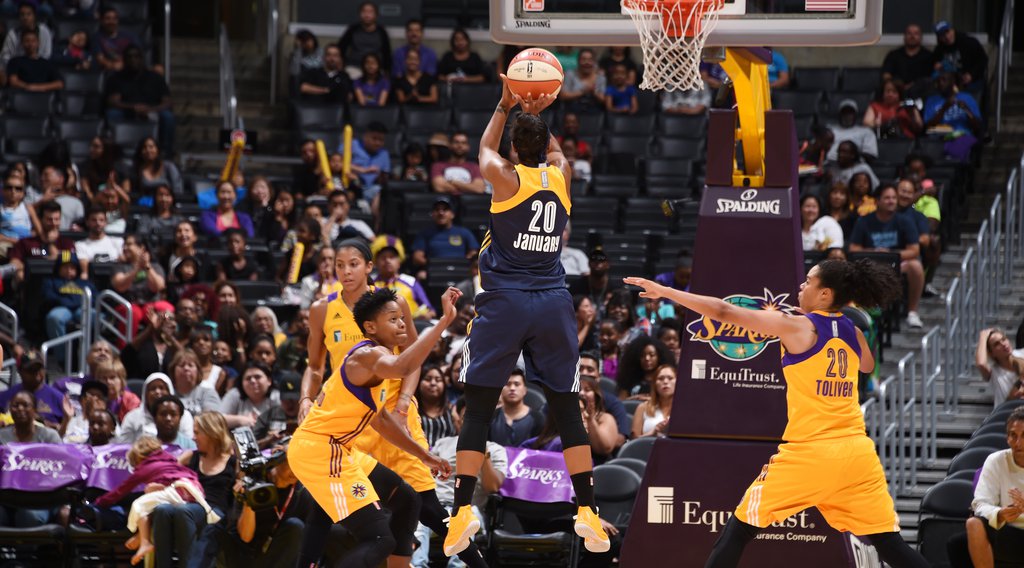 This article first appeared on the website of the Indiana Fever.

Among the recipients are youth from Boys and Girls Clubs of Indianapolis who will attend over half the Fever’s home schedule alongside officers from Indianapolis Metro Police Department, as part of the YOU, BRI & DUPREE ticket block which was established with hopes of promoting positive relationships. Using tickets purchased and donated by Fever All-Stars Briann January and Candice Dupree, approximately 15-20 youth will attend 11 home games, along with several off-duty police officers.

January, in her ninth pro season with the Fever, partnered with Dupree to form the ticket block with hopes of uniting youth with local law enforcement. January and Dupree both have parents retired from military service, and will donate tickets for remaining games to recipients from the USO which supports local military units. Those recipients will be honored during various games as sideline service members.

Marissa Coleman, another nine-year pro and WNBA All-Star, has purchased 12 season tickets that have been donated to matches within Big Brothers Big Sisters of Central Indiana. Coleman’s passion for the Big Brothers Big Sisters organization has led her to enhance an existing Fever community program, offering 12 different matches a half-season ticket to attend Fever games. Each match also has the opportunity to take advantage of perks afforded regular season ticket holders. Coleman will interact with the group known as RISSA’S BIGS & LITTLES and host a special pizza party with all 12 matches.

Indiana Pacers player Myles Turner purchased tickets for his Pacers section named TURNER’S BLOCK. First-year head coach Pokey Chatman was so impressed with the energy from Turner’s Block that she has sponsored a ticket block of her own called POKEY’S PLAYMAKERS.

Groups from all three community ticket blocks will receive invitations for early arrival during pregame warm-up before various games, and occasional opportunities to interact with the coach and players.