How Snapchat Filters Are Helping Indian Women Speak Up Against Rape

92 rapes are reported in India each day. 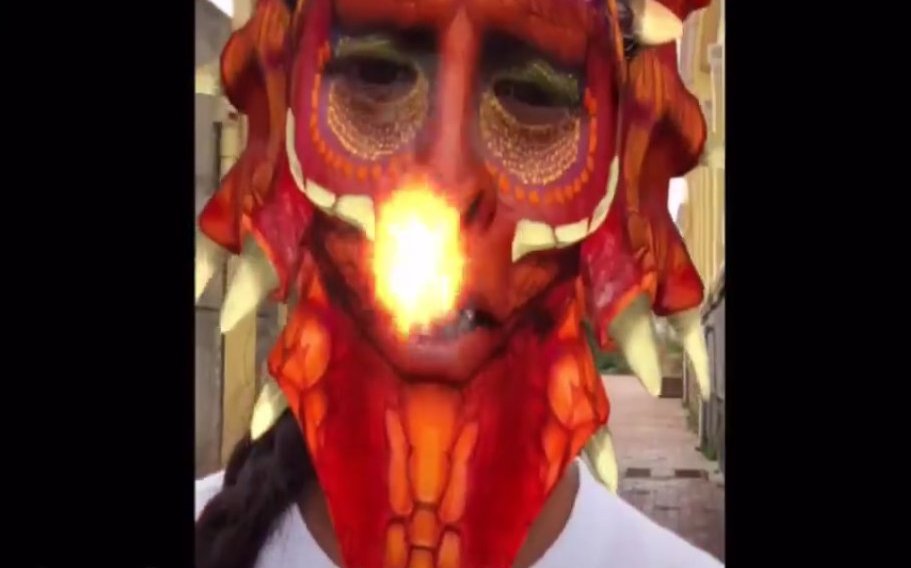 During the annual Climb Against Sexual Violence in Mysuru, India, organizers asked participants to share their stories of being sexually abused — on Snapchat.

This might seem like an odd and even insensitive platform for combatting sexual violence, but the very thing that makes Snapchat silly — screen filters — happens to provide the perfect cover for women who have conflicting feelings about their trauma. They want to end this vast injustice, but are afraid of the consequences of coming forward.

By using a screen filter, women are able to hide their faces behind any number of cartoonish masks, thus achieving a level of anonymity that shields them from personal attacks. But since their voices remain clear and their eyes visible, they retain a distinct identity and power over the narrative.

The idea for the project came from Yusuf Omar, a mobile editor for the Hindustan Times.

“Recording with a mask gave them the sense of legitimacy and security that I wasn’t going to be able to show their face, as opposed to trusting a journalist saying 'yes, we will blur you afterwards’, so they felt empowered and in control of the narrative.”

Collectively, climbing a mountain and sharing their stories act as both catharsis and catalyst for the women, a way to purge shame and trauma, while drawing strength and bringing attention to the horrific reality of sexual violence.

Read More: India's Daughter That Nobody Is Talking About

The most common mask used was a red dragon that breathes fire every few seconds, a potent metaphor for both the roaring movement against sexual violence in the country and also how sexual violence can disfigure a person's sense of self.

In 2013, a woman was viciously gang raped aboard a bus. Her death sparked national outrage and protests that have yet to subside. The government has vowed to more aggressively fight sexual violence and have passed harsher punishments for criminals, but much of the country remains skeptical.

“Someone kidnapped me from Hyberdad to Mysore and locked me in a room,” one woman said in the dragon mask. “They tortured me at home and never let me go out.”

Another woman said: “I was 5 years old when it happened.”

These stories are staggeringly common in India, where 92 women report being raped every day and only an estimated one in 10 rapes are reported.

This huge gap between told and untold stories of rape stems from a culture that stigmatizes sexual violence and a criminal justice system that often fails to effectively address the problem.

Many survivors of sexual violence in India choose to conceal their suffering, rather than risk having it deepened by community condemnation or the delays and errors of police departments.

Oftentimes, women are shamed and punished for being raped and police departments refuse to adequately investigate the crime.

Read More: The Femicide Crisis in Latin America Is Too Deep for Laws Alone to Address

This potential to double the trauma has acted as a major deterrent.

But when women take action and share their stories, it makes it easier for other women to come forth and do the same. This, eventually, can create momentum to change cultural perceptions and improve government responses.

That’s the idea, at least, behind the recent Snapchat effort in India — and it seems to be working. There’s been a huge spike in reports of sexual violence over the past few years and this new avenue for sharing stories could accelerate this trend.